The Bush dynasty is tearing itself apart: What George H.W. Bush vs. Dick Cheney is really about

Bush 41 took some pointed shots at his son's Vice President this week. Here's what it all means 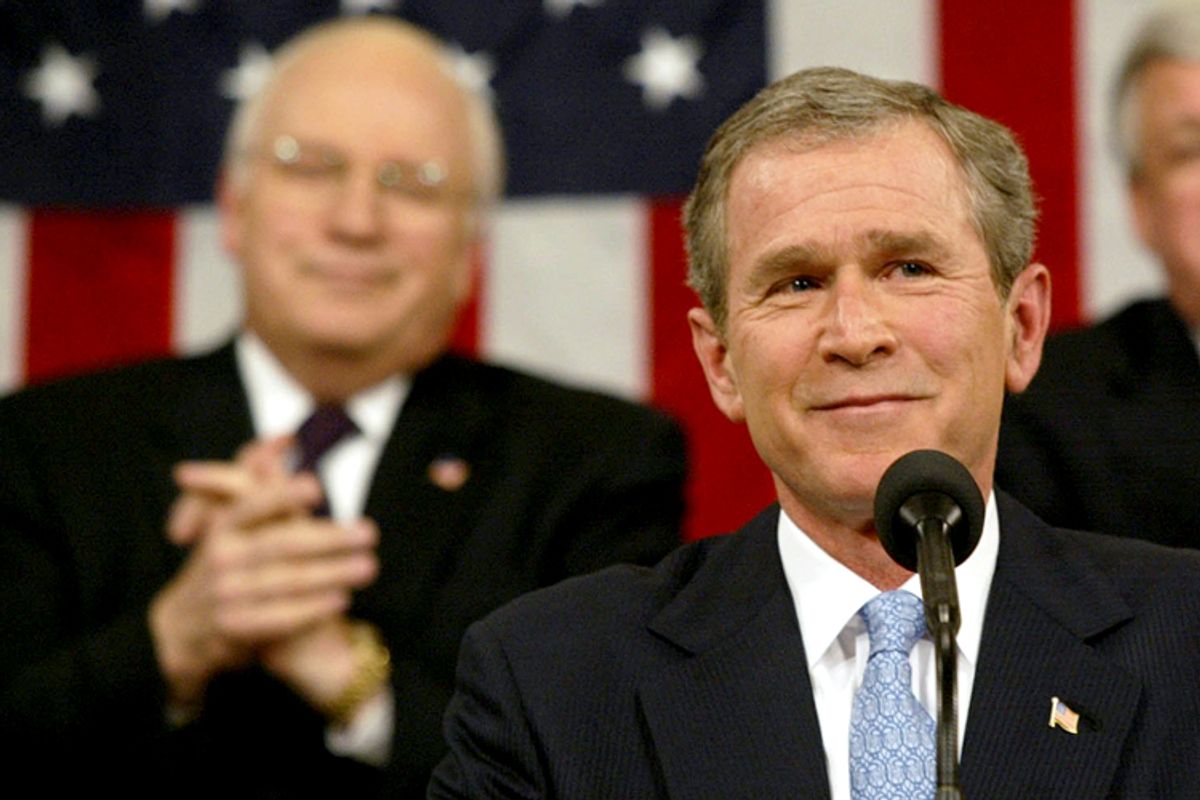 This is not another obituary of Ahmad Chalabi, the Iraqi politician who provided much of the dubious intelligence that the Bush Administration used to justify the Iraq War. Chalabi died earlier this week of a presumed heart attack. (Though his family had a British and an American doctor perform an autopsy to be sure.)

Chalabi had been largely forgotten in American press and policy circles since he fell out of favor some years back, even among most of the Neocons responsible for the war. Yet one after another outlet has done a colorful, even warm obituary of the man who played a key role in getting thousands of Americans and far more Iraqis killed. Some of the obituaries come with remarkable gaps, such as the NYT's silence about its own role in magnifying Chalabi's dubious claims that Saddam Hussein had WMD. Others trace how Chalabi's actions led to the current morass in Iraq and Syria. Perhaps the most astute obituaries note that Chalabi, now silenced in death, serves as a convenient scapegoat for those who wanted the war in Iraq long before Chalabi provided convenient excuses for that war but now would like to evade responsibility for it.

The press, it seems, wants badly to recognize the closure of this man's life, in all its charisma, though that life perhaps best represents the lies we want to continue telling ourselves, all as a way to dodge responsibility for the actions those lies justify.

As it happens, Chalabi's death coincides nicely with two other events.

First, early coverage of a new biography of George Herbert Walker Bush describes the first President Bush harshly criticizing Dick Cheney and Donald Rumsfeld. "Just iron-ass," Bush described Cheney to biographer Jon Meachem. The elder President Bush apparently blamed Cheney's wife and daughter for the change in behavior from when Cheney served as Defense Secretary in his own Administration. He also blamed "the real hard-charging guys who want to fight about everything" surrounding the Vice President. And Bush implied that Cheney bypassing the State Department, which was done in part in an effort to prop up Chalabi as head of Iraq after the invasion, was part of the problem: "The big mistake that was made was letting Cheney bring in kind of his own State Department." While Poppy Bush did admit his own son was in charge -- "it’s not Cheney’s fault. It’s the president’s fault" -- ultimately Bush laid out a system by which the most powerful Vice President in history took over because his wife pushed him to do so.

We followed the "hard-charging guys who want to fight about everything," according to the former diplomat and CIA head George H. W. Bush, because Cheney's "iron-ass, tough as nails, driving" wife pushed him to do so. Or something like that.

Meanwhile, the Huffington Post reported that, with little fanfare, the Senate was preparing to display a bust of Dick Cheney in the Capitol starting on December 3. As HuffPo notes, this is customary. The Vice President is technically the President of the Senate, and therefore the Senate "from time to time" rolls out busts of past Vice Presidents to display in the lobby.

Still, at a time when no one seems to want to take responsibility for the events that led to the Iraq War and its disastrous aftermath, it's fitting that a representation of Vice President Cheney will grace the Capitol. After all, his singular ability to master both the politics of Congress and the bureaucracy of the Executive Branch were key to his extraordinary power, regardless of whose "iron-ass" lay behind that genius.

His top aide, David Addington, presented a theory explaining how Cheney spanned both branches in a torture hearing in 2008. "Sir, perhaps the best that can be said is that the Vice President belongs neither to the Executive nor to the Legislative Branch, but is attached by the Constitution to the latter," Addington, then serving as Cheney's Chief of Staff, but a long time legal counsel floating such justifications for Cheney's expansive power. When presented with that theory, Congressman Steve Cohen suggested the Vice President was "kind of a barnacle."

A rock version of Cheney will watch over Congress next month as it continues to dodge responsibility for declaring a newly expanding war in Syria and Iraq. Inanimate Cheney will remain on display as people read Charlie Savage's new book, which depicts how President Obama, like his predecessor, has made key decisions without consulting the Department of Justice. Stone-faced Cheney will watch as Congress once again uses the Defense Authorization to prevent President Obama from closing Gitmo.

Chalabi, the most convenient scapegoat for the con that got us into the Iraq War is dead. "Iron-ass" Cheney will be -- symbolically, at least -- stuck right in the middle of power, though, as he was for so many years.