5 revolting apps for people with way, way too much

Look for an easier way to buy a seat on a billionaire's private jet? Against all logic, there's an app for that 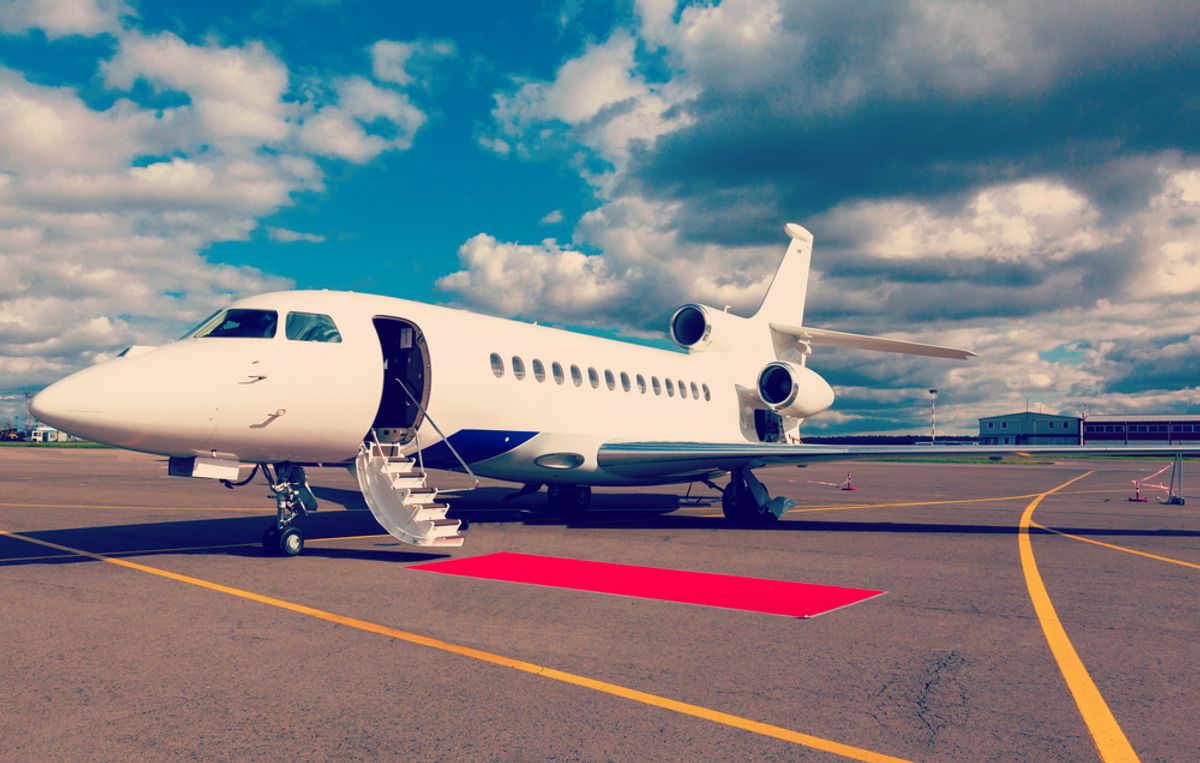 The I Am Rich app was only available for one day in 2008, but it became fairly notorious in that period. Priced at $999.99, it had no real purpose or function except to show other people that its user was rich enough to buy it, which it signaled with a glowing red diamond and the words “I Am Rich.” Apple shut that whole thing down pretty quickly, but not before six people bought it, using money that might have been better spent on some kind of self-esteem-building talk therapy.

The point, if there is one, is that there are plenty of apps out there for the very wealthy. (Though it seems likely the aforementioned was aimed not at the wealthy or even the nouveau riche but at the not-rich-at-all-but-trying-desperately-to-seem-like-it. But I digress.) Most of them, unlike I Am Rich, actually do something. What follows are a few examples. Granted, you don’t need to be a millionaire to afford all of these, but it wouldn’t necessarily hurt. In so many ways, technology is created with the wealthy in mind; these apps take that idea a step further.

You know how sometimes you get sick of flying commercial first class and decide you want to take a private jet instead? I’m sure that’s definitely a feeling we can all relate to. Garrett Camp, the guy who co-founded StumbleUpon and Uber, launched BlackJet to deal with this terrible problem, which so many have had to suffer through, usually while breathing the same air as the plebes flying coach. The BlackJet app lets you buy an empty seat on a bajillionaire’s plane, which saves the tons of money it would cost to charter your own private flight. It’s a pretty unbelievable deal. I just checked ticket prices, and apparently you can fly from New York City to San Francisco any time in the near future for somewhere around $6,000! The site doesn’t say anything about BlackJet flight attendants handing out $100 bills passengers can light on fire and pretend to smoke like cigars, so try to remember to pack your own.

Looking for a new multimillion-dollar home is the pits. Or it used to be, before the LuxuryEstate app came along. Now you can peruse more than 250,000 luxury property listings starting at $1 million in more than 113 countries from the comfort of your own phone. LuxuryEstate offers “millions of photos of apartments designed by the most renowned architects, along with castles, villas and country homes.” Weren’t you just saying you needed a new castle? Also, please don’t miss the accompanying blog on which you can find fairly hilarious write-ups on high-profile properties like the former home of Vanessa Paradis and Johnny Depp (“the star of many movies directed by Tim Burton” who is now with “super young Amber Heard”) and Calvin Klein’s villa (“for which a lot of buyers would sell their own mothers”).

The only problem with Airbnb is how many poor people you potentially have to deal with. Which is why OneFineStay comes as such a relief. The app helps you short-term let your fabulous home to other rich people, or find a fabulous short-term vacation rental for yourself. A New York Times article describes how easy the app is to use:

To ensure you don’t have to lift a finger, onefinestay first photographs and then stores your personal possessions, including the soap in your shower. It replaces your toiletries with its own toiletries. Beds are made with hotel-quality linens and refrigerators are stocked. Before you return, everything is cleaned and put back the way it was, right down to that bar of soap.

The Times article goes on to mention a woman who rents her East Village townhouse for $1,300 a night, which sight-unseen, I feel pretty confident is overpriced. (It’s the East Village of Manhattan, people. Not Versailles.) That said, the UK’s Telegraph interviews a woman who uses OneFineStay to rent out her home for £122 (or about $188) a night, which, frankly, is a steal by pretty much any measure. Plus, there’s an on-call concierge available and they give you an iPhone with every number you’ll need to use for the duration of your stay. So I guess in this case, the service takes all (financial) kinds.

It’s super frustrating when you spend $250,000 on a car only to realize you’re out of emotional sync. With the car, I mean. To forestall this sort of thing, Bentley created the Inspirator app for iPhone or iPad. It uses face recognition technology to gauge your emotional reaction to a series of "lifestyle-themed visual stimuli"—short films depicting things like pristine bodies of water and artfully presented plates of food. Your facial response to each scene determines each subsequent image, until the app has figured out...um, something about your personality. Based on this, it configures a Bentayga SUV for you, your expressions having influenced the paint color, interior and wheel design. Bentley calls it a “luxury commissioning experience,” but it seems more like pointless fun with interactivity. Anyway, there’s a short film on it below:

Luxy, which bills itself as “Tinder without the riff raff,” sent out this actual press release announcing its arrival:

[T]he average income of male users on Luxy is over $200k and those who are unable to keep up financially are immediately removed from the service.

Like Tinder, based on the results of potential candidates, the app allows the user to anonymously like or pass them by swiping or tapping. If two users like each other then it results in a "match" and Luxy introduces the two users and opens a chat.

Who doesn’t want to date somebody both attractive and wealthy? Privately, we all know we prefer to have both of these things. One user said: “Tinder was pretty awesome when it came out, but there’s a lot of riff raff on there. [I] would rather know the guy has a couple bucks in his pocket.”

“With the rise of high-speed digital dating, it’s about time somebody introduced a filter to weed out low-income prospects by neighborhood,” said the CEO of Luxy.

That seems like a joke, but is instead proof that any ridiculous thing you can think up, the Internet will produce. There doesn’t seem to be a need for a lot of editorializing; Luxy pretty much speaks for itself. I’ll just close with this statement, which I swear I cut and pasted from the website:

Whether you are a millionaire, wealthy or beautiful, every eligible and successful people are welcome! No Gold Diggers Allowed! If you are seeking a sugar daddy relationship, Luxy is not for you.