We all thought Joe Biden was the weird one in that relationship. Turns out we might have misjudged Jill Biden... 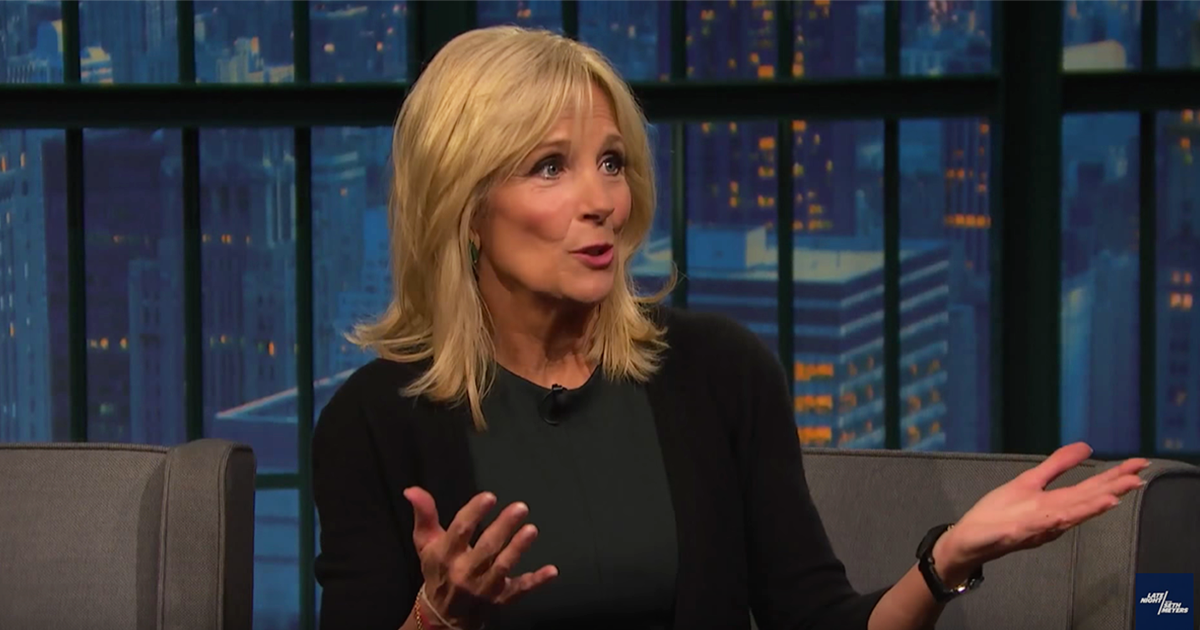 In an appearance on "Late Night with Seth Meyers," Jill Biden said she isn't fond of the title generally given to the spouse of the Vice President "Second Lady."

"It's so archaic," Biden said. "Where did they come up with that?"

Meyers joked it sounded like a title that meant she shouldn't be eating with everyone else.

Biden instead thinks that "Captain of the Vice Squad" is a little more her style. That works given that Biden is known for huge practical jokes around the White House. She said she's worn many disguises even like a Grinch costume and a red wig she wore to a press party. "It just makes it kind of fun so that people don’t recognize me."

While Biden thinks her husband Vice President Joe Biden would be a great president, she sounded a little relieved she wouldn't have to tackle another campaign.

Biden's purpose was to talk about free community college for everyone, a cause she has worked very hard on as a community college professor. She said she hopes to "make college affordable and accessible for all Americans." Biden explained that the naysayers who claim we can't pay for the community college initiative are wrong. President Obama plans to close tax loopholes to ensure the plan is funded without raising taxes on middle-class families.