The paranoid right's fake martyr: How "another cop executed in Illinois" fed their dangerous myth-making machine 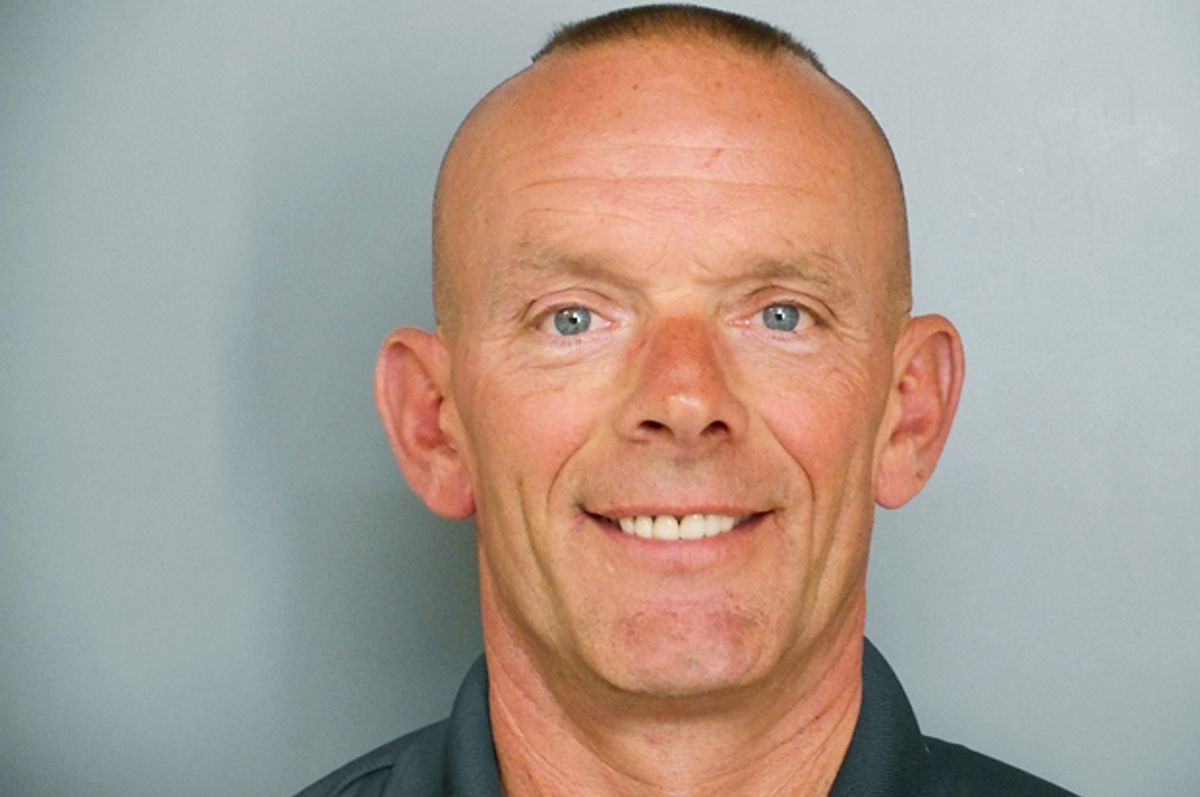 "Another cop executed in Illinois," the headline blared. Its inflammatory tone made me think of an early scene in "Tomorrow Never Dies," 1997, the 18th installment of the James Bond franchise, where medial mogul Elliot Carver changed his newspaper's headline, "BRITISH SAILORS KILLED?" to the more provocative version, "BRITISH SAILORS MURDERED -???" By manipulating his readers into a state of outrage, Carver hoped to provoke a profitable war between the UK and China. His nefarious plan would have worked, too, were it not for the tireless efforts of 007 to reveal the truth to an angry, skeptical world.

Unfortunately, the headline above is real, and the word that should have been used in place of "executed" was not "killed," but something far more troubling: "Suicide."

In the community of Fox Lake, Illinois, police lieutenant Charles Joseph Gliniewicz had been known as "G.I. Joe," an Army vet who had worked extensively with Explorers, a police program that mentored young people interested in a career in law enforcement. Conservative outlets and pundits were quick to frame his death as an act of violence more heinous than murder, because his death was the outcome of state power illegitimately held, they claimed, by President Obama and former attorney general Eric Holder. Together, angry opponents speculated, Obama and Holder are wielding the blunt weapon called Black Lives Matter in order to politically profit from racial discord in this country.

Exactly how Holder remains involved is yet to be explained, given that he's been retired since last year, and Loretta Lynch now occupies the Attorney General's office. That Holder's name pops up at all illuminates the depths of paranoid narratives that readily interpret Officer Gliniewicz's death as a martyrdom instead of a fraud. For some, especially those invested in a theologically mandated version of the sociopolitical order, it is simply easier to understand this officer as a victim of "Black Lives Matter and other racist groups," than it is to accept that police officers can be bad guys too. Such a betrayal is deeply upsetting, because it means that categorical assertions and entire belief systems are not only fallible but simply untrue--such as believing that Black Lives Matter is "racist" just because you say it is. In a reactionary fashion, those challenged will simply deny the facts, or tell themselves that those facts are flawed or politically biased.

Nonetheless, the unfolding investigation revealed that the "other racist groups" targeting the officer was Gliniewicz himself, plus two other members of the police force currently being investigated as the ongoing inquiry unfolds. Before he died, Gliniewicz had called in a manufactured story about "suspicious activity" by three men--two white and one black. It was noted that there had, in fact, been a perfectly innocent trio fitting this vague description and minding their own business in the area. Then he shot himself twice with his own service weapon. He was not killed in the line of duty as a "hero" protecting the community, but had tried to blame his death on phantom perpetrators. Worse, he had knowingly placed his fellow officers in harm's way in order to complete his ruse, and turned three completely random men into suspects in his "murder."

For him to kill himself in this fashion was the "end result of extensive criminal acts," said Lake County Major Crimes Task Force Commander George Filenko. These crimes included years of embezzlement from the Explorer program funds, which he apparently used to pay items both tawdry and commonplace: travel expenses, gym membership, adult Web sites and personal loans.

Given that an entire (albeit execrable) Bond movie turned the English lexicon into weapon of mass mind control, it is worth pointing out the unpleasant implications of headlines inflating this man's death to the status of a martyrdom. For what noble cause, in the face of what terrible injustice, was this officer presumed to have died? The right to gym memberships and porn? For that matter, why is Kim Davis or those pizza parlor people in Indiana who refused to cater to (non-existent) gay weddings regularly called "martyrs," when "doctrinarians" is the more precise term? Though the details of their stories are contemporary, Davis and the pizza people follow the familiar arc of parables affirming that faith through tribulation leads to prosperity.  Gliniewicz, by contrast, fell victim to greed and hubris. His death is a suicide, and he is a criminal.

Words may be slippery things, prone to layers and deception, yet for that very reason it is critical to acknowledge their role in shaping our lived reality. I can call a porcupine a hedgehog, and I dare you to describe one that doesn't sound a heck of a lot like the other, but mixing them up in my own mind doesn't mean that they're the same four-footed beast in nature. The larger issue exposed by Gliniewicz's story is that language everywhere is becoming simplified in favor of shoutycaps and exclamation points. "Nuance is evaporating from everyday usage, burned off by capital and apathy," noted poet Robert MacFarlane. All life ends in death, but not all deaths are killings. An execution is not a murder is not a suicide, and to use them as if interchangeable drains all three endings of tenable meaning.

Small wonder, then, that the betrayal at the end of Glinewicz's story is titillating yet unacceptable -- his actions are rightly rejected as any exemplar of policing in general, but his demise is also unsuitable as a morality tale because he betrayed his community, and killed himself. So instead of a policeman abusing his authority and the public trust, he is just a guy "with issues," one reader wrote in the comments section of a conservative report (the comments sections have since closed in response to the updated news of the cop's criminal motives)--a blip, a tragedy, a unique and singular failure inside an otherwise nicely functioning system. An aberration rather than a symptom. Confounded, the "professional bloviators" who'd spent weeks blaming this officer's death on Black Lives Matter had nothing more to say on the matter, not even to acknowledge that they'd been misplacing the blame.

Yet silence is not a reasonable response to too many voices talking over each other in the room, but a way to avoid disclosing the larger truth: that on the cultural plane, we have already acquiesced to vapidity.  Qui perd sa langue, perd son âme aussi. “Who loses one’s language also loses one’s soul." To inflame fear without accountability exhausts the effectiveness of civil discourse. Depressingly, there are no heroes in this tale, and even Daniel Craig would rather "slash his wrists" than play James Bond again. With our last heroes exposed as frauds and dying by their own hands, the loop of culpability is now closed. There is nothing more to say.