People may think Donald Trump is a joke, but he's a competitive candidate in a presidential election. This isn't OK 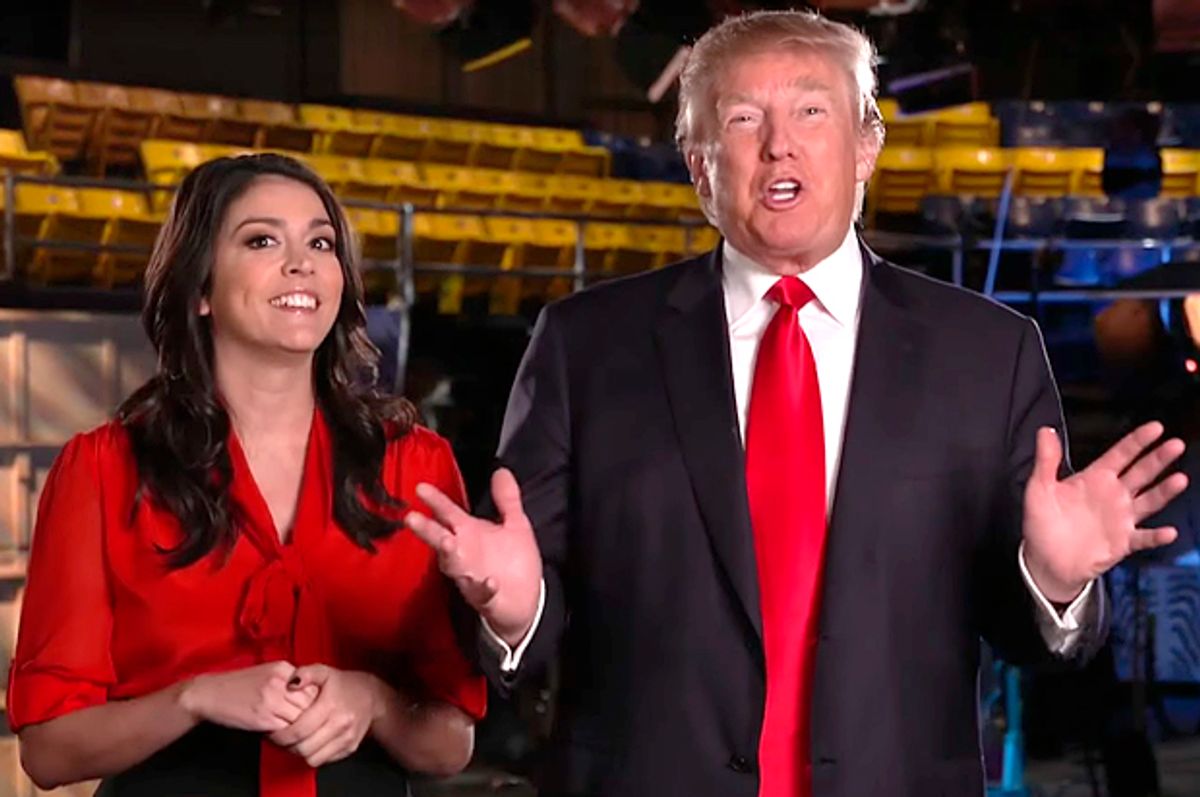 It's easy to see why "Saturday Night Live" has decided to let Donald Trump host the show tonight. From the protests being held at NBC to the drama surrounding some promos Trump cut for his appearance, "SNL" has garnered a healthy dose of what every show wants—attention and controversy. The ratings will surely jump, and "SNL" will be able to maintain its place in the cultural conversation for another week. So it's understandable. But that doesn't mean it's not bizarre and objectionable on several levels.

From what I can tell, Trump is the first top-flight presidential candidate to host "SNL" during the middle of an active campaign. Political cameos on the show are a time-honored staple—hello, Val!—and politicians have hosted before, but they've all been in between races, with the exception of barely-a-candidate Al Sharpton in early 2003. This time, "SNL" is giving Trump an extended platform it's not giving to any of the other candidates in either the Republican or Democratic race. This isn't illegal—the equal time rules for candidates are byzantine and stacked in favor of not actually giving people equal time—but it's a notable and rather strange intervention by "SNL" nonetheless. Trump may be, in many ways, a joke, but his presidential campaign long since crossed the line from entertainment into serious reality. The haste with which NBC yanked a promo in which Trump called Ben Carson a "total loser" shows the risky waters the network is wading in.

Then there is the very real fact of Trump's racism. It seems an eon ago, but his comments about Mexicans and Latinos were toxic enough that a certain network called NBC severed all ties with him. Now that same network is welcoming him back with open arms, much to the chagrin of Latino groups. It's not the greatest look for "SNL," a show that has an appalling record when it comes to Latinos. And that's before you get to Trump's tacit acceptance of anti-Muslim racism—something nobody ever has to pay a price for—or his openly bigoted birther crusade. Let the hilarity ensue!

Now, "SNL" is not required to have its hosts pass political litmus tests, and it has no particular responsibility to endorse or reject any views. (Hell, Hillary Clinton has enough objectionable beliefs all by herself.) However, just because it's a comedy show doesn't mean it's exempt from scrutiny. We're talking about a program with enormous influence. At best, its willingness to play with Trump is representative of a wider problem. It says something—if not about "SNL" specifically, then perhaps about the rest of us—that Trump is able to peddle such open racism and not only get away with it, but be rewarded for it with such a highly coveted prize. "SNL" will surely lampoon Trump, but this time, Trump will be in on the joke. The satire never stings quite as much when its subject is going along with it.

"SNL" is giving Trump a prime opportunity to neutralize some of the more rancid parts of his candidacy, all while delivering Lorne Michaels a nice bump in the audience figures. It's a win-win for everyone—everyone, that is, except "SNL," and Donald Trump, and maybe all of us in the world of Internet content, who will disseminate every last clip of this dire ordeal to you, the reader. Can't you feel the fun?