"You, sir, are a hack!" Wild-eyed Bill O'Reilly rips into befuddled George Will in a Fox News segment for the ages

Fox News does not get better than this, we promise. If you watch one insane O'Reilly clip, please let it be this 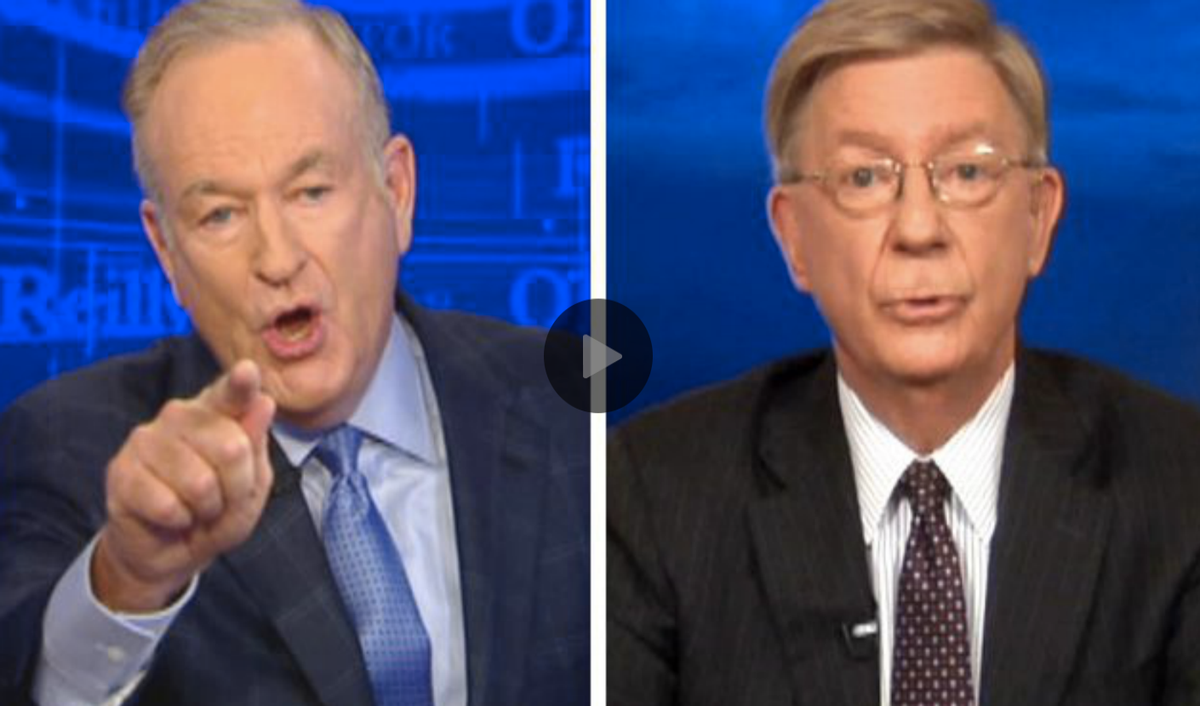 Fox News does not get better than this. Bill O'Reilly practically fills the camera with spittle. George Will by the end just leans his head in his hand in disbelief. O'Reilly calls Will a liar and a hack and says that he has libeled him. Will calls O'Reilly an expert in misleading people.

And we can just sit back with some popcorn and enjoy.

At stake is this: a column Will wrote suggesting that O'Reilly's book "Killing Reagan" slanders the GOP hero. O'Reilly fights back as only he can:

"That memo was written, and all of what we write in 'Killing Reagan' is true. We didn't talk to anybody who had skin in the game or spin in the game, we didn't talk to anybody who is derogatory toward the Reagans or anyone who is laudatory. We do our own investigation. 'Killing Reagan' is a laudatory book, it praises Ronald Reagan, and you didn't even mention that. You're a hack!"

It gets better, and Will, in disbelief by the end that this is what the conservative media revolution has come to, is a must-see at the end.