Take a look at Phil Collins now: It's time to recognize the critical punching-bag's true genius

Phil Collins is making a comeback, and the haters are already grumbling. Here's why you're all wrong 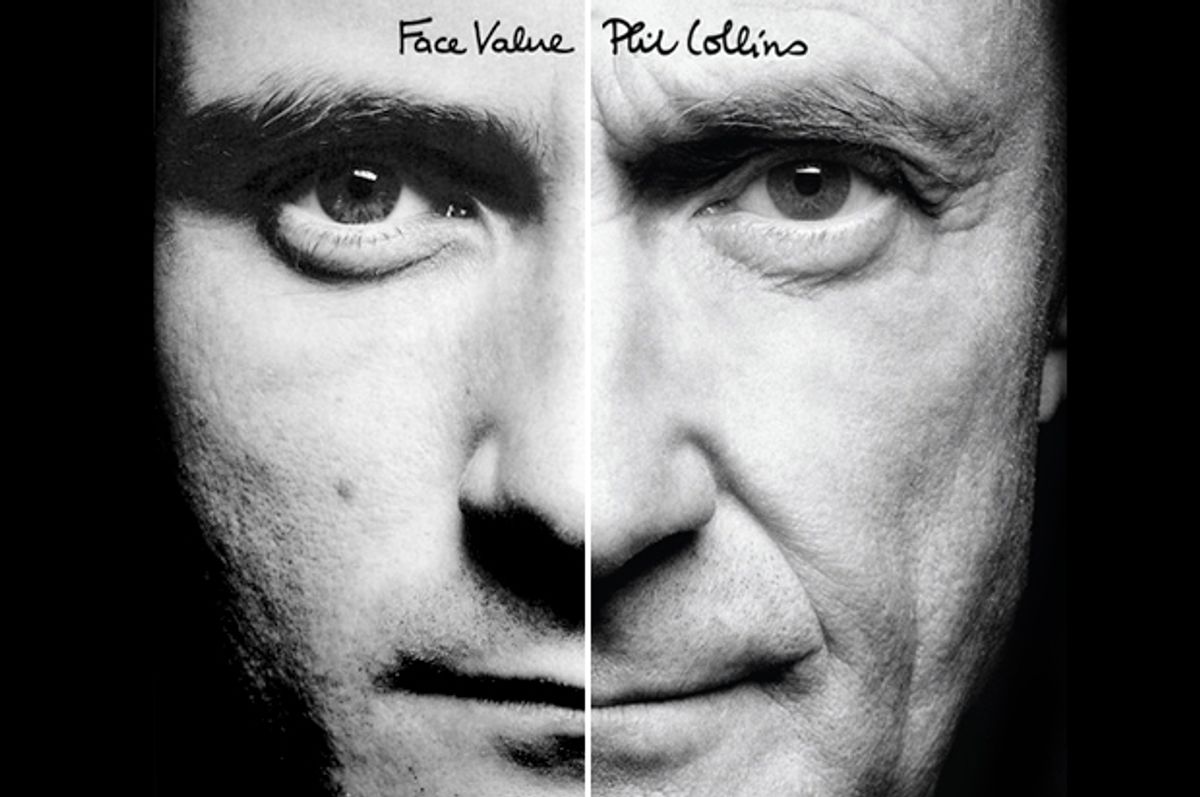 Last week, suave pop chart-topper/prog-rock percussion icon/critical punching bag Phil Collins announced his musical un-retirement, breaking news to Rolling Stone about tentative plans for a new album and tour. One day later, New York native Brian Pee created a Change.org Petition attempting to halt that long-awaited comeback. "There is far too much suffering in the world as it is," he wrote, in a desperate plea to the United Nations. "Think of the children," begged one signee. "I struggled for years with addiction to Phil Collins's music," wrote another. "Just take a look at me now." Pee's well on his way to success: As of this writing, 1,387 "Sussudio"-hating supporters have joined his cause. But his gain would be our loss.

Why such vitriol for Phil Collins, a man whose most heinous crime was cashing in on the mullet trend? Collins has suffered intense critical derision for decades – specifically since 1981's "Face Value," his debut solo LP and first blush with pop stardom away from prog stalwarts Genesis. The bad "Against All Odds" jokes have continued steadily ever since – and they need to stop. Now's the perfect time to stop the cheap shots and examine the brilliance of pop-rock's most misunderstood genius.

The easiest starting point is behind the kit. Collins is among the most versatile rock drummers of all-time – but casual listeners have become numb to his skills or remained ignorant of them, mostly due to lack of familiarity with his pre-solo material. In Genesis, Collins helped define progressive drumming, evolving from the jackhammer force of "Selling England By the Pound" to the arena-tailored boom of "Duke." In the early '80s, during the recording of Peter Gabriel's third solo LP, Collins, Gabriel and producer Hugh Padgham pioneered the gated reverb drum sound – a popular technique that helped define the punchy production style of the decade's new-wave and synth-pop.

Like Beatles-era Ringo Starr before him, "Fill" Collins was and is capable of writing drum/drum machine grooves that are hooks themselves, that can stand independently from their corresponding songs. We all know the dramatic "duh-duh/duh-duh/duh-duh/duh-duh/DUH-DUH" fill from "In the Air Tonight," but additional proof is scattered throughout his catalog: the dynamic surge of "Mama," the chugging bombast of "Man of Our Times," the glossy pitter-patter of "Take Me Home." Musicians from all genres recognized his signature talent: Over the years, Collins has raked in session credits for the likes of Paul McCartney, Tina Turner, Eric Clapton, John Cale, Robert Plant and Brian Eno. Almost everyone but jazz-heads forget Collins' work with underappreciated fusion group Brand X, for whom he contributed deep into the '70s. The man's influence seems boundless: Brann Dailor, drummer for prog-metal band Mastodon, is a devoted fan of Collins' drum style, citing him as a sonic benchmark during recording of the band's most recent LP.

But for many critics, drumming isn't enough – there's more to an enduring song, after all, than impressive chops. But in that department, Collins has always been stuck between a rock and a hard place, and he takes flak regardless of style: Genesis fans resent his transition from drummer to singer and his evolution into a pop star, while his solo supporters remain uninterested in his artsier beginnings. The tired faux-narrative is that by taming his edgier tendencies, Collins supposedly dumbed himself down for fat paychecks and stadium shows. But that's a gross oversimplification of a complex issue. The truth is that Collins' songwriting and sonic direction progressed organically across an entire decade with Genesis before he went solo – there would be no "Against All Odds" without "Follow You Follow Me," no "One More Night" without "Man on the Corner."

There's more to Collins' songwriting chops beyond staccato horn charts, romantic lyrics and gorilla-like drum fills. But in hindsight, we often gloss over nuance and squeeze artists into easy categories. Part of the problem is that – unlike Peter Gabriel, his former bandmate – Collins never recorded a masterpiece album. He did, however, record a shitload of really good ones (see: the entire run from "Face Value" to "…But Seriously") – which amounts to a substantial body of work, particularly if you dig deeper than the overplayed hits and mingle among the revealing deep cuts like the downright creepy art-pop voyeurism of "Thru These Walls," the pained synth-rock bloodletting of "Inside Out," the atmospheric textures of "Long Long Way to Go."

As for Collins' powerhouse voice? Even the staunchest detractor would have a hard time denying the sheer force of "Mama" or "Against All Odds."

There will probably always be Phil Collins haters. But for every widely panned artist, there's a flock of defenders waiting in the wings. The problem with Collins defenders is that they're too apologetic, always hiding behind winks and ironic T-shirts and air drum solos.

But there's no reason to be cute about your love for Phil Collins. Yes, he's recorded some shitty songs. (What songwriter who's been around four-plus decades hasn't?) Yes, he's responsible for some annoying music videos. (What songwriter who thrived during the dawn of MTV isn't?) No, he probably shouldn't have plastered his face on all those album covers. (OK, nobody else really did it quite like that.) But let's examine the overall evidence: He's one of the most influential drummers of the last 40 years; he's equally adept at synth-pop, Motown, "Tarzan," ambient, jazz-fusion and prog-rock; he's a platinum-squared singer-songwriter with a discography that continuously reveals surprises. What more could you ask for?

"It seems OK to say you like me now, which is nice," Collins recently told The Telegraph, explaining the thought process behind his comeback. "I really love it when someone says something as simple as 'I love that song.' That's all I want. It's not important. But it's nice." Consider it done, Phil. Consider it done.