The new cool girl trap: Why we traded one set of rigid rules about who's "likable" for another

Even if the rubric for "likability" has changed, women are still judged in opposition to one another 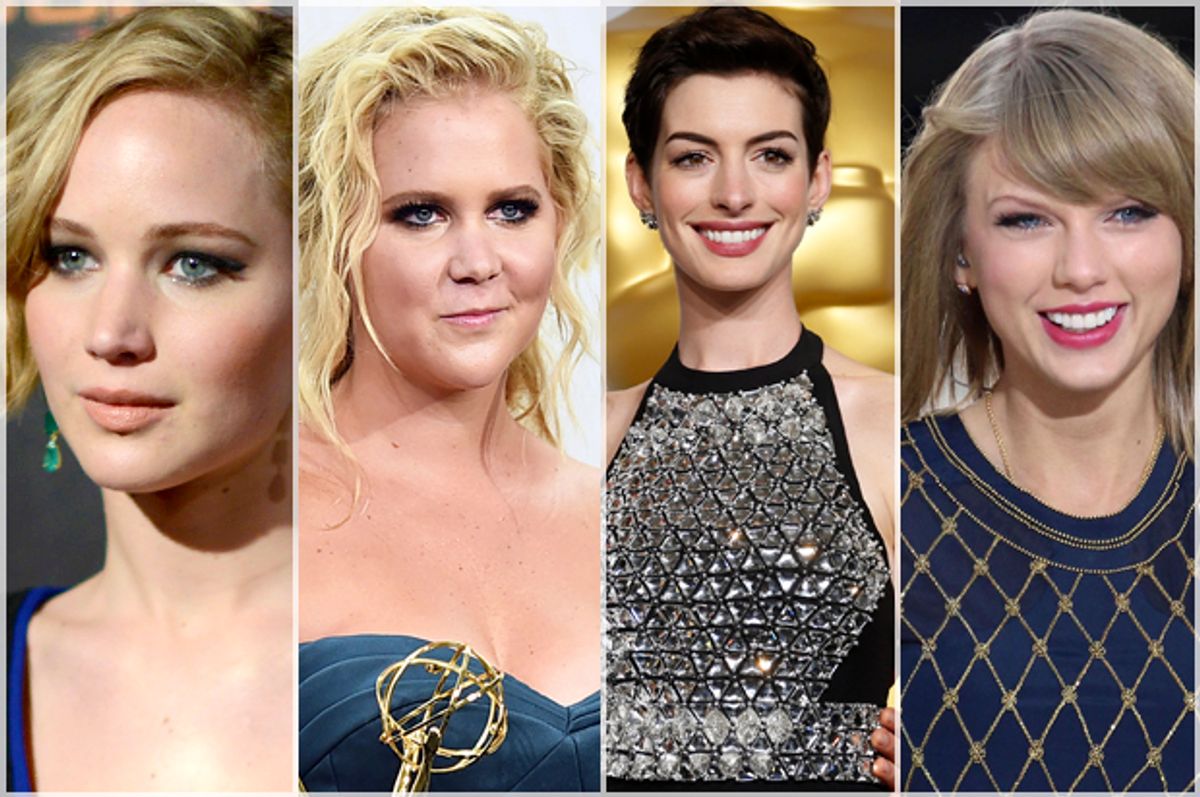 Miranda July opens her recent interview with Rihanna with the revelation that she had taken a good deal of time to get dressed: “I dressed very carefully for her, the way I would for a good friend, thinking hard about what she likes.”

Throughout her interview, July’s desire for connection and closeness with her interview subject is portrayed as something that is both entirely natural and also carefully cultivated, from the clothes she wears to the questions she chooses to ask and not ask. “A Very Revealing Conversation With Rihanna” is less a glimpse into who Rihanna is than a tender look at the vulnerability of desire, how our need to connect with someone outside of ourselves is always predicated on the hope that we ourselves will actually be seen.

The hope that others will like us strikes me as the most human of existential wants. For women, the question of likability is more fraught, as a woman’s perceived likability is often reductive and linked to very gendered stereotypes about how women can and should behave in public spaces.

A number of prominent feminists over the past several years have criticized the obsession with judging women through the lens of whether or not they are likable. In her recent acceptance speech for the Girls Write Now award, for example, Chimamanda Ngozi Adichie argues that the narrative that girls and young women must be likable holds them back: "That you’re supposed to twist yourself into shapes and make yourself likable, that you’re supposed to kind of hold back sometimes, pull back, don’t quite say, don’t be too pushy because you have to be likable. And I say that is bullshit."

Likewise, in her 2014 essay “Not Here to Make Friends,” Roxane Gay contends that “likability is a very elaborate lie, a performance, a code of conduct dictating the proper way to be. Characters who don’t follow this code become unlikable.”

In pushing back against likability, Adichie and Gay urge girls and women to throw off the shackles of societal expectations. But while both these theorists are encouraging us to radically re-examine the way we think about women’s roles, much of the current discussion about likability is less interested in freeing women from societal judgment than it is about simply changing the factors that come into consideration when assessing a woman’s skills, talents, and whether or not you personally want to be friends with her.

In fact, if you look closely at today’s cultural landscape it’s clear that what is “likable” for women is already in the process of changing. We live in a world where pretty blond sociopaths à la "Gone Girl" have become normalized, a world where one of the most popular serial dramas centers on a group of female prisoners whose personalities are as varied and complex as the nature of their crimes. It’s impossible to argue that female likability is based on good manners when today’s fawned after starlets are anything but polite and well behaved. Stars like Amy Schumer, whose brand of raunchy, in-your-face humor, much of it with a strong feminist bent, has been heralded time and time again as this year’s “It Girl” and actresses like Jennifer Lawrence, Tina Fey and Amy Poehler are lauded for being charmingly sassy and consistently speaking their minds. When J-Law speaks out against the Hollywood pay gap and says, “I’m over trying to find the ‘adorable’ way to state my opinion and still be likable! Fuck that,” she is both giving the middle finger to the establishment, and also performing a different kind of likability.

If the “cool girl” performs a fantasy for men, the “fuck likability girl” performs a fantasy for other women: the idea of a female creature so fabulous and free that she just doesn’t care if other people like her at all. Like “no makeup” selfies and the trend of supermodels raving about how much junk food they eat, the anti-likability moment is a layered performance, one part critique of social norms, one part buying right back into them. The “fuck likability girl” is Amy Schumer proudly declaring that, “I’m probably like 160 pounds right now and I can catch a dick whenever I want,” a statement that is simultaneously a little bit brave and a little bit sad, in that it both critiques traditional beauty standards (you don’t have to be a size 2 to be beautiful!) and reaffirms them (but seriously, being appealing to men is the most important thing) all in one fell swoop.

The ritual of famous, powerful women who are lauded and well-liked — nay, worshipped by droves of fans — giving advice on how it isn’t important to be likable is a kind of performance of female empowerment that may be heartening to see, but also rings more than a little hollow. Likability isn’t static and the rules for likability also seem to vary depending on who is being judged. White women in pop culture, for example, have historically been given greater permission to build a brand by giving a middle finger to social norms, while still being seen as cheeky and likable. Miley Cyrus has made a career on her “bad girl” antics, but is quick to snipe at Nicki Minaj for not being polite and nice enough when she asserts herself. The wealthier and whiter you are, the easier it is to cast off the shackles of “respectability.”

Of course, men also have to contend with perceived likability, but a man’s perceived likability tends to reflect how we feel about him as an individual, while a woman’s likability is about ranking women against one another. Lots of men can be likable in different ways, but women are only allowed to be likable in one way (see this pointed tweet by Lindy West where she takes on that bizarre comparison of Kylie Jenner and Malala Yousafzai by declaring, “THERE CAN ONLY BE ONE GIRL. ALL GIRLS FIGHT TO THE DEATH”).

You also see this dynamic play out in Alexandra Petri’s article “Famous quotes the way that a woman would have to say them during a meeting,” where, in response to Lawrence's comments about not wanting to worry about likability anymore, Petri skewers the way that women often eschew bluntness, make apologies, or put the needs of others above themselves, when sharing ideas with colleagues. When this article was making the rounds on social media I noticed tons of my incredibly talented and smart female friends further beating themselves up, echoing how often they engaged in similar verbal tics and making amends not to do so again in the future. Just as the anti-vocal fry moment, like the anti sexy-baby voice moment, centered on making fun of and discrediting women for their vocal inflections, the anti-likability moment assumes that traditionally feminine approaches to sharing information and problem solving are simply not valuable.

Conversations about likability always assume that there are only two kinds of women in the world: ones who want to be liked, and ones who want something more, again putting women into incredibly narrowly defined boxes that don’t make a heck of a lot of sense, and are also dangerously reductive. The terms themselves are deliberately vague—what is likable is ultimately subjective, and as we’ve seen in the past few years social pressures for women, and everyone else, can change over time.

My biggest concern with the anti-likability moment is that it simply changes the terms by which women can be perceived as likable, rather than advocating for more radical change that I think theorists like Gay and Adichie are actually calling for. By all means, let’s encourage assertiveness and cheer for the advent of female characters who are more complicated than merely nice. But it’s just another kind of policing when we assume that female kindness is weakness, that friendliness is boring, and that expressions of vulnerability mean you are under the patriarchy’s thumb.

Toward the end of her interview with Rihanna, July says, “A soul just knows a soul” firmly, melodramatically, and it hits home, even though we know, at some level, this isn’t exactly true. Even the most organic connections are always born out of perseverance. When we want someone to like us, we consciously make choices to dress or act or speak a certain way. The trend of “anti-likability” doesn’t mitigate any of the pressures women face when striving to be seen as full people; it simply rejects one type of performance for another.