"The N-word is a horrible word, but how is it a threat?": The search for justice after a terrifying racial violation

The man who defaced the Pretty Penny Cafe was arrested, but proving civil rights violations was more elusive 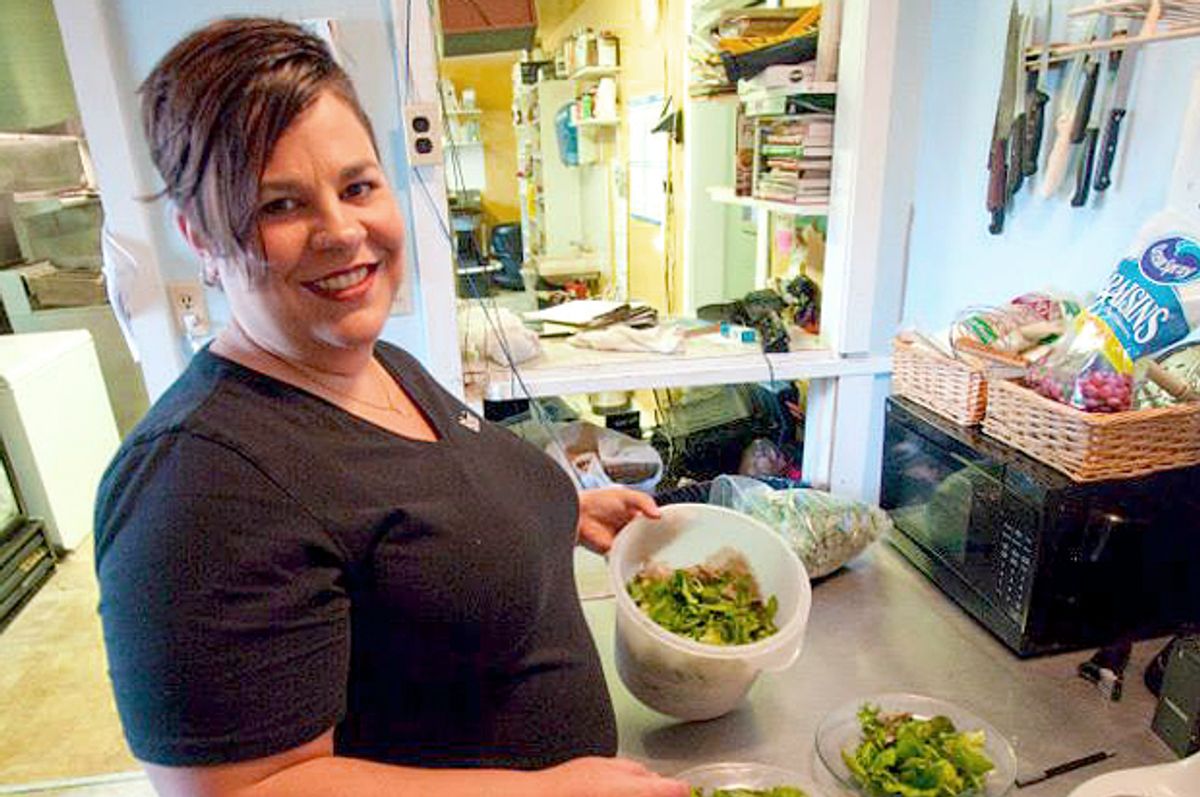 On Jan. 8, the words “nigger lover” were spray-painted in dark green onto the north-facing exterior wall of the Pretty Penny Cafe, the only restaurant in Hillsboro, West Virginia, a town of about 300 that sits near the state’s southeastern border with Virginia. The cafe, which was once the general store, is owned by Blair Campbell, a white woman raised in the area who lives down the road with her husband, originally from Jamaica, and their two children; the cafe also employs a black chef raised in Greenbrier County, just to the south. Pocahontas County, which contains Hillsboro, is 96 percent white, 1 percent black and 3 percent Latino or mixed race.

In an article that ran on Martin Luther King Day, I reported here that Hillsboro showed strong support for Campbell’s family in the aftermath of the crime and that Hillsboro might be looked to as an example of how small rural towns can grapple with racism and their histories of exclusion. A group of Campbell’s friends came out in six degree weather and helped her scrub the words off with brake fluid. In the days following, Campbell and supporters started a unity campaign called “We Are One,” which has to date just shy of 1,500 likes, and organized a “Love Fest” potluck held at the Presbyterian Church, which was attended by more than 200 people. Campbell is well known in town as the owner of this prominent business; when the Derecho wind storm of 2012 left the community without power or water for a week, her cafe became the center of relief efforts and cooked up nearly 3,500 meals.

Justice initially seemed swift: “The cops did a great job,” Campbell says. Halfway through the “love fest” potluck, an officer with the Pocahontas County Sheriff’s Department arrived saying he was on his way to interview a suspect. Robbie Ratliff, 40, of Greenbrier County, who has a record for other misdemeanor crimes, was arrested and soon confessed. His tape-recorded confession, later played in court, says he was acting solely out of a personal grudge against Campbell -- that he simply wanted to hurt her feelings because of what he felt was a monetary debt owed to his girlfriend, a former employee of Campbell’s cafe, and that he is not a racist. Neither Ratliff nor his lawyer returned requests for comment.

But enforcing this statute is another matter. Ratliff’s trial on Aug. 28 was inadequate and disappointing to Campbell, her husband, Charlan, and their supporters. It took less than five hours and Pocahontas County Prosecutor Eugene Simmons only questioned Campbell about how she felt when she saw the racist graffiti: “Scared. Sad.”

“I had no voice,” Campbell says. In addition to two witnesses who testified that they saw Ratliff’s truck in the area of Campbell’s business the night of the crime, the only other witness called by the prosecution was Pocahontas County Sheriff’s Department Capt. McCoy who introduced the tape of Ratliff’s confession. According to local attorney Clint Carte who was observing the proceedings, “They had him nailed dead to right on the destruction of property. But when he discussed his own internal motivations he was careful to say, hey, this wasn’t a racial thing. I came away thinking, gosh, this confession may actually help him.”

After deliberating for 20 minutes, an all-white jury found Ratliff guilty of destruction of property but not of the civil rights violation. To Campbell, the jury’s verdict was insulting and devaluing. “There was nobody there to testify to how fundamentally terrifying that word is for people of color,” Campbell says. “That was really frustrating.”

Robert Leslie, senior deputy for the West Virginia attorney general, says that the statute was a difficult one that is not widely used. “It must be proved beyond a reasonable doubt. That is a very hard conviction to get.”

Why? According to ACLU executive director Jennifer Meinig, a conviction on a civil rights violation charge rests on proving that the perpetrator was motivated by discriminatory intent. “Prosecutors have to prove some sort of motive based on a protected class,” says Meinig. “Proving someone’s motive or state of mind is always difficult to do.”

Prosecutor Eugene Simmons ran for the office as an Independent and has supported some progressive policies in the county such as gun control. Simmons, who did not return requests for comment, argued that Ratliff used force to put the words on Campbell’s wall, but did not present witnesses testifying that Ratliff’s words were intended to intimidate Campbell or that Ratliff had a pattern of racist behavior.

“It’s pretty obvious that’s racist,” Campbell says. “I don’t know how you can get any more threatening or intimidating than that word on my business.”

Unfortunately, the law does not agree. “The N-word is a horrible word we don’t use,” says Phil Morrison, executive director of the West Virginia Prosecuting Attorney’s Institute, “but how is it a threat?

“They have to prove a threat under this statute. The N-word is not a threat in and of itself. It has to be combined with other words to create a clear threat, as in, N-lover, I’m gonna kill you.”

Meinig of the ACLU doesn’t quite see it in those terms. Hateful intent or intent to cause harm, she says, can be shown in many ways -- through slurs or patterns of actions that collectively show a threat. “It’s very situation specific,” she says, citing a case where the West Virginia Supreme Court of Appeals upheld a civil rights violation conviction “where the defendant directed racial slurs at the victims, her African-American neighbors, used hand gestures, and drove by one of the children at a high rate of speed while he was standing at the bus stop and shouted profanity.”

For Campbell, her last hope was that Judge Robert Richardson would impose the strictest possible sentence on Ratliff for the destruction of property charge. And shockingly to Campbell, he did.

At the sentencing on Oct. 9, Judge Richardson, who is a former Legal Aid attorney and has been a judge for less than a year, called Ratliff “a terrorist.”

“He said that Robbie absolutely violated my civil rights,” Campbell says, “and obstructed the safety of our whole community.”

Ratliff has to write a 2,000 word essay on how he would feel if he were a person of color and someone did this to him, which is due two weeks after the sentencing. Every month he will have to complete a reading designed to expand his understanding of race and racism and write an essay response to it. He has to do 500 hours of community service in the county, paint the outside of the Pretty Penny Cafe, and pay all the court proceedings -- however much it cost the county to have the trial. If he doesn’t comply, he could face sanctions ranging from losing his driver’s license to going to jail for a year.

But one has to wonder about others around the state of West Virginia and throughout the United States who have been in a similar position to Campbell or who may be one day. As long as the statutes designed to protect historically oppressed identities are largely unreachable for small-town prosecutors, meaningful sanctions rest on the whims of local judges.