The wing-nut's answer to "P.C. police": Why Quentin Tarantino really became the subject of conservative outrage

The filmmaker made pointed, but clearly justified, criticisms of the police. For that, a witchhunt was launched 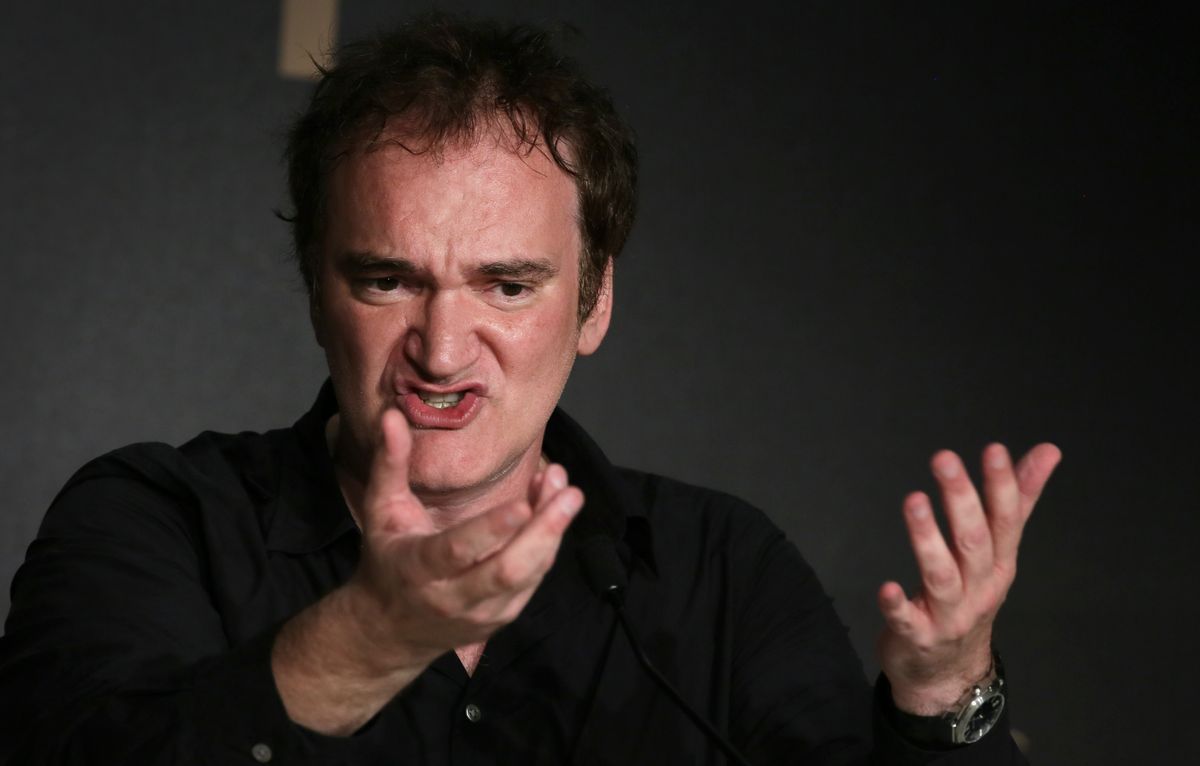 Over the past couple of weeks, conservatives -- who love to call out liberal “political correctness” and denounce the left for attacking their freedom of speech -- have shown just how little they actually care about the first amendment. The latest person to experience a barrage of what is commonly known as “conservative correctness” is the movie director Quentin Tarantino. After appearing at a march in New York City protesting police brutality, and saying a few words, police unions across the country and conservative politicians and pundits are calling him a “police hater” and claiming that there is a “war on police.” For a little perspective, lets look at Tarantino’s actual words:

Pretty clear words. The director is obviously referring to specific cases -- Walter Scott, Tamir Rice, Eric Garner, etc. -- where unarmed citizens were killed by police officers. (Or, in other words, murdered.) One has to be quite dishonest and conniving to take away from these words that Tarantino is a “cop-hater” or that he encourages any kind of violence against police officers. Of course, this is exactly how conservatives are interpreting it.

“He referred to police officers as murderers. His hateful rhetoric called for violence against law enforcement...He is on the side of the one’s who confront and are confronted by police. His comments encourage mischief and crimes against police officers. For the haters to justify lawlessness in response to perceived lawless acts by the police is idiotic.”

Poe, who was a leader of the birther movement and has previously attempted to force the families of deceased soldiers to have Christian ceremonies, regardless of their religion or lack thereof, has defamed Tarantino, as have other conservatives, in order to shut him up. As they have all too often in this country's history, conservatives are manufacturing outrage and creating the idea of a “war on police” to crack down on those who speak out against police brutality. During WWI, in the midst of deafening jingoism, those who spoke out against war were labeled German sympathizers or anti-American Bolsheviks. In the McCarthy era, union members and government workers were labeled communist infiltrators and dissent was muted. Conservatives have always been at the front of the flag-waving brigade, creating fictitious stories and slandering dissenters as threats to the American way of life to stir up a panic among the masses, and today is no different.

Rather than addressing the problem of police brutality and the killings that are all too common, police unions and conservative commentators call any criticism “hateful rhetoric” and a “war on police,” and claim that critics called for violence when they did no such thing. This is conservative correctness at its finest; when faced with any kind of valid criticism, they make up a “war” or accuse critics of something they have never said, or simply say the critics are biased and cannot be trusted, i.e. the “liberal media.”

Indeed, during and since the third Republican debate, GOP candidates have more or less blamed the media for every substantial criticism they have received. Ben Carson showed just how easy it is for right-wingers to dodge questions or provide non-answers during a recent CNN interview, when he was confronted about past comments he had made, including his quips that “many (American’s) are stupid” and that the United States would be Cuba without Fox News.

When CNN host Alisyn Camerota asked Carson who he meant when he said some American’s were stupid, he provided an answer clearly pointing to people who support social programs like food stamps and Medicaid, which, he claimed, “keep people in a dependent position.” Camerota tried to clarify that he meant people who support welfare programs, which resulted in an agitated Carson exclaiming “I can’t believe you used to work for Fox News,” as if her question was nothing but liberal media dishonesty. “I’m glad you brought that up,” said Camerota, moving on to his comment that America would be Cuba without Fox News. (Again, it is quite clear that Carson meant the U.S. would be communist -- as is Cuba -- without Fox News.) Shocked that CNN would dare replay some of his past comments, Carson fumed about the liberal media, saying that she was putting words in his mouth.

Later, when Politico reported that Carson had fabricated a story about being offered a West Point scholarship, it was quickly denounced by conservatives by once again blaming the liberal media. It appears the myth will never get old -- it is simply too convenient. (If only Richard Nixon had had the liberal media excuse in his day).

Whether it’s dodging questions and avoiding criticism or shutting down critics or protesters with manufactured outrage and doublespeak, conservative correctness is a threat to dissent and free speech. Conservatives (not libertarians, mind you) have never been the defenders of free speech that they claim to be today, and they only seem to care about it when it is properly offensive to minorities or immigrants. When it comes to the speech that must be defended in a democratic and liberal society, i.e. the right to speak out against the system -- as Tarantino has been doing -- conservatives go ballistic and claim it to be some kind attack on the American way of life. (And, unfortunately, racism has been a part of the American way of life since its inception.)

As long as speech conforms to their view, they defend it, but when people rise up against some of the corrupt or harmful institutions in society (e.g. corporations, a racist criminal justice system, etc.) they must be stopped. There is a brand of authoritarian conservatism that is becoming increasingly popular in America, as we see with Donald Trump. And while Trump and Carson and their supporters enjoy calling out liberal political correctness, they may want to look into the mirror the next time they claim free speech is being threatened.