Let's get excited about Hillary Clinton: She's not a savior -- but she is exactly what we need

Clinton is the candidate we need in 2016: One who reminds us politics is about coalitions, not savior figures 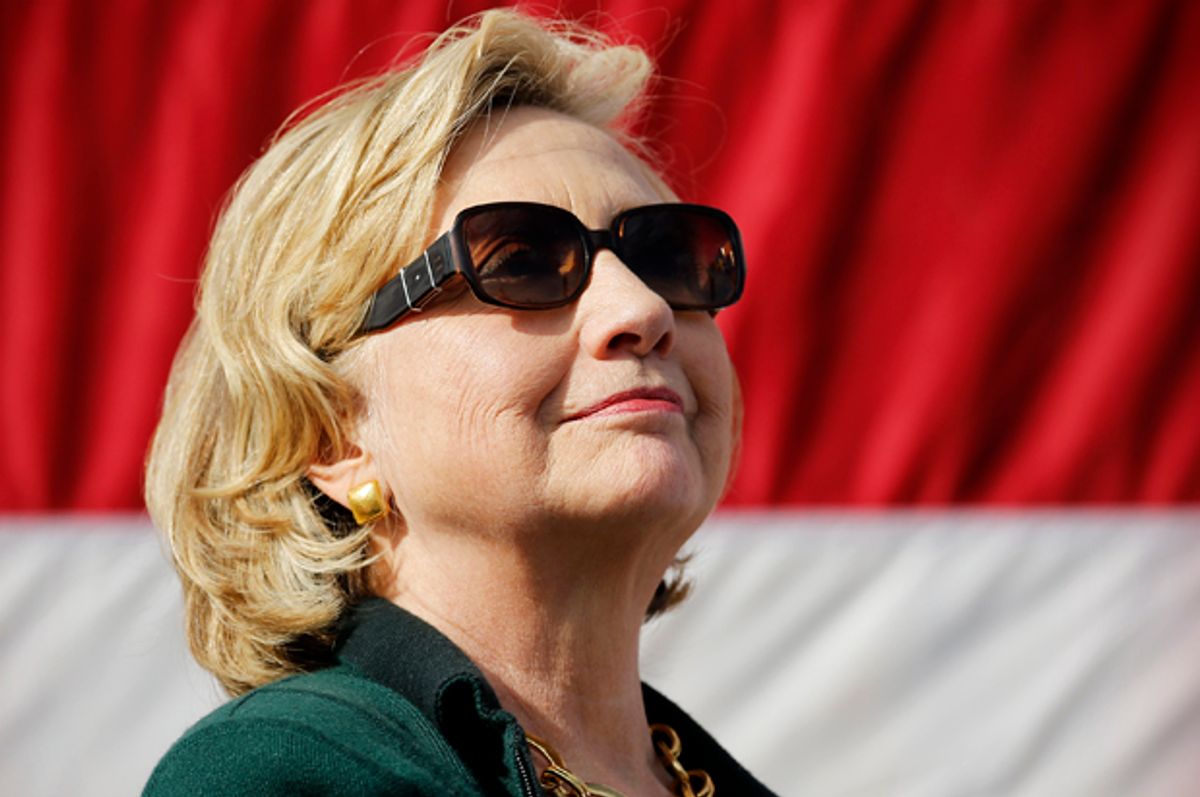 Hillary Clinton's campaign for president is not going to be Barack Obama's 2008 campaign. How could it be? The Obama of 2008 was a transformative figure and his campaign became a cipher for so many who hoped for a liberal politics that transcended the ugliness of the Bush years, that injected hope and optimism and real change into the body politic. The tears I shed the night Obama won were copious and real, and it's nearly impossible to imagine such a cathartic moment of pure joy happening if Clinton wins. Or ever again, really.

Then the next eight years were spent crashing down to earth. Which isn't to say that Obama was a bad president. On the contrary: Say that to me, and you'll hear a long list of accomplishments pulled off in one of the most hostile environments possible. He's one of the most effective liberal presidents in history. But the country is still facing quite a few problems.

He's one man and despite the hagiographic attitude toward historical figures like FDR or Abraham Lincoln, the reality is that individual men rarely change the world. Getting anything done in politics requires a lot of hard, thankless work: Coalition-building, favor-swapping, political pressure, organizing, envelope-licking. Our leaders are often only as good as circumstances let them be, and only tend to go where the political winds take them.

Which is why Hillary Clinton is the Democrat we need for 2016.

No one, not even her most avid fans, will mistake her for a messiah. But that's a good thing. Democrats needed the overblown promise of the Obama campaign in 2008 to lift us out of our Bush-era depression. Now it's time to grow up and accept that no matter who our leader is, he or she is not going to be a savior. We need someone who reminds us that politics is hard work, often slow-moving work, and that the only real hope of changing things is to grind at it, day in and day out, instead of hoping for one single solution or figure that will save us all.

One of the most frequent and appealing accusations made against Clinton from the left is that she's so changeable. This is certainly true. You can create a laundry list of issues that Clinton -- or her husband, and people who make this accusation tend to treat her as an extension of Bill Clinton -- has moved to the left on: Same-sex marriage, trade policy, gun control and crime, and the the Iraq War resolution, to name the big contenders. Critics see this as evidence of deceitfulness on Clinton's part: Oh, she'll bat her eyes at you liberals and woo you with charming comments on the Keystone pipeline, but let her into your life and she'll betray you. Just you wait.

But there's another way to see it, which is that adjusting your views under pressure is what politicians are supposed to do. The whole idea is that activists and journalists and pressure groups make their arguments, present their cases, and set the agenda for politicians to follow. That's how it worked under Obama, who tends not to be accused of being a tease nearly as much as Clinton. He was against gay marriage. People pressured and argued and pressured more. He switched sides and now is one of the biggest political assets that the movement has in national politics.

While there's a strong appeal to the idea of a candidate who just knows what the right thing to do is and does it every time, that's also a fantasy, and one with a dark underbelly that rarely gets talked about. After all, people who think they're right all the time tend to be very bad at listening. Being able to listen and learn and change and grow is something we should want in a politician, who is, after all, supposed to represent our views in Washington, not just impose his or her own by fiat.

(None of this is meant to imply anything about Bernie Sanders, though I can already smell the irate emails being drafted by touchy Sanders supporters. He's shown a willingness to listen and adjust in the face of criticism, so calm down.)

Clinton is a learner and a listener. She learned from the Obama campaign in 2008, and adjusted, running as much more of a liberal this time around. She learned from the Sanders campaign that voters take Wall Street reform seriously, and she responded by putting together a plan that Paul Krugman declared better than the Sanders plan, both in terms of focus and performability. That's the kind of person you want in the White House. Politics is an ever-shifting landscape, and having someone who is open to engaging and adjusting is an important thing. (And one of the most underrated aspects of the Obama administration, who often let liberal activist movements form his agenda.)

If Clinton really had the conservative legislative history that her critics darkly warn of, then yes, it would be reasonable to believe that she's only playing at this liberal game to get elected. But, as much as this will disappoint those who believe she's a secret Republican, Clinton has a very liberal record overall. Harry Enten of FiveThirtyEight dug into the actual data of Clinton's Senate record and found that not only is she liberal, she's a lot more liberal than average, even more liberal than Obama:

When Clinton has moved to the left, as Enten points out, it's generally because Democrats generally have moved to the left. Her more conservative moments are outliers, usually an attempt to give voters what they want, but her overall trajectory is toward the left. The theme is not of a snake in the grass, but someone who listens, learns and tries to represent what the voters are asking of their representatives.

Clinton's talking point in the primary race is, "I'm a progressive who likes to get things done." It's not a sexy line. It calls to image boring, incremental change done with lots of meetings and red tape and compromise and bargaining and bureaucracy. This is not the language of revolution. But it is the language of change. It is also a promise she can keep, which is something voters should take very seriously.

Clinton is running for president. The president isn't some dictator who can just change the country however he or she wants. The reality is that the executive powers are limited, since presidents don't write legislation. It's an office that rewards a willingness to work through bureaucracy and to express power in incremental, detailed ways, especially if you're saddled with a Congress that opposes you, which any Democrat who wins almost surely will be.

"The only way President Sanders or President Clinton will accomplish anything is through skilled use of bureaucratic power," Jamelle Bouie of Slate writes, noting that Republican gridlock in Congress makes sweeping legislative change impossible. "Clinton’s bureaucratic experience, her skill with partisan conflict, and her clear willingness to work against the spirit of the law—as illustrated by her State Department email controversy—make her a prime pick for this era of political grinding." It's the kind of politics that doesn't fit well into barnstorming politics, but it's exactly what will work in our highly partisan era.

And of course, there is the gender thing. Contrary to what some folks say, I don't mindlessly support people based on their genitalia, or else I would support Carly Fiorina or Sarah Palin or even Clinton '08. (I voted for Obama in the primaries and would do it again, because he was what we needed at that time.) But all other things being equal, yes, having a woman president does matter, if only to spend election night watching the spreading urine stains on the pants of the men who spent months lecturing feminists about how we're wrong to want to break the stranglehold of power men have had on the White House.

As the barely concealed hostility out there in some brogressive circles demonstrates, there still is a lot of anxiety and fear at the prospect of women holding real power in our society. The only way to get rid of that fear is to confront it, work through it, and learn that it really is going to be OK if women are in charge sometimes (ideally, 50 percent of the time).

Sooner is better than later. We have a good, liberal candidate who should encourage us to adopt a newer, smarter form of politics, one where we share responsibility for change instead of looking for a messiah figure to save us all. She's a lady, to boot. This is something to celebrate and yes, get enthused about. I won't be crying if Clinton wins in 2016 (much, anyway). But I will probably be grinning.