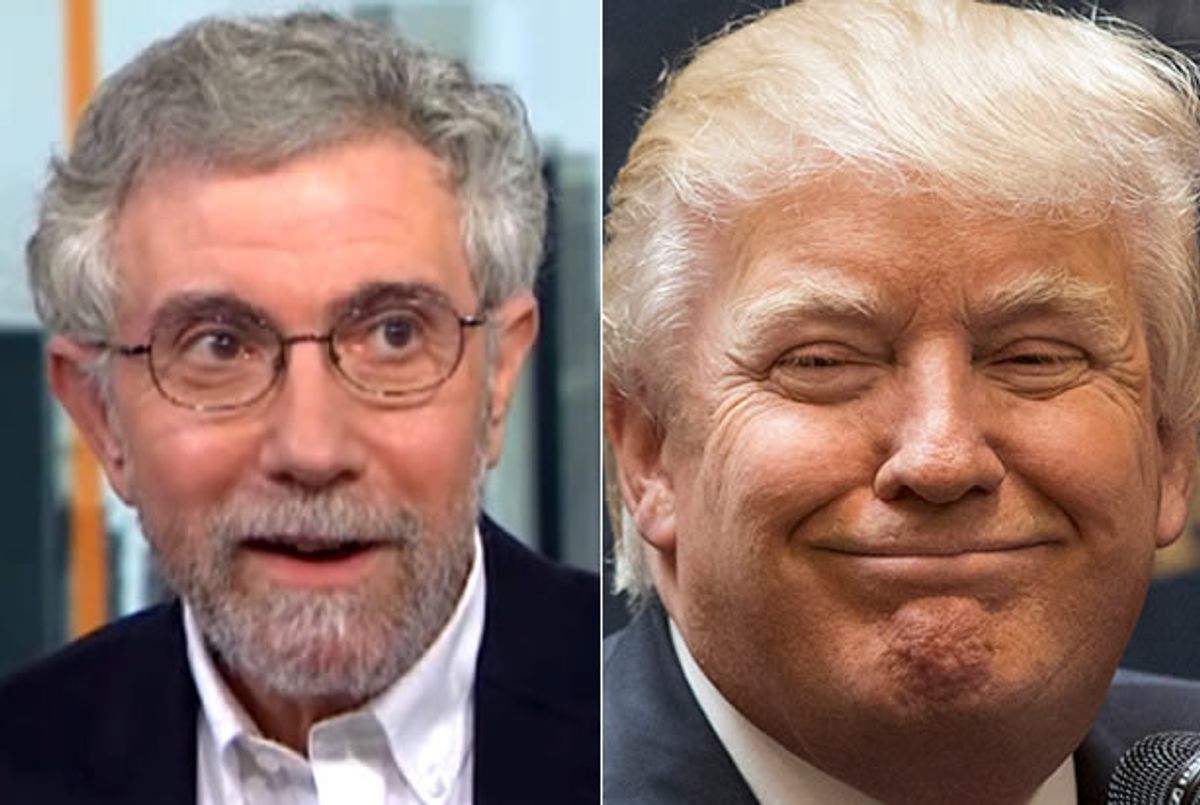 In today's New York Times, he tries to understand why there is a "darkness spreading over part of our society." He notes the study on rising mortality rates among middle-aged whites, rising suicide rates, increased alcohol and drug dependency and tries to understand what is causing it all.

The right wants to blame liberals, he notes, putting all this at the foot of the welfare state and a culture of dependency and secularism.

He dismisses that easily, before suggesting that middle-aged whites who were raised to believe in the American dream are struggling to deal with economic pain. And then he makes the quick leap to the rise of outsider, authoritarian leaders like Donald Trump:

I know I’m not the only observer who sees a link between the despair reflected in those mortality numbers and the volatility of right-wing politics. Some people who feel left behind by the American story turn self-destructive; others turn on the elites they feel have betrayed them. No, deporting immigrants and wearing baseball caps bearing slogans won’t solve their problems, but neither will cutting taxes on capital gains. So you can understand why some voters have rallied around politicians who at least seem to feel their pain.