Reese Witherspoon is right: We have to keep pushing for pay equality in Hollywood and beyond 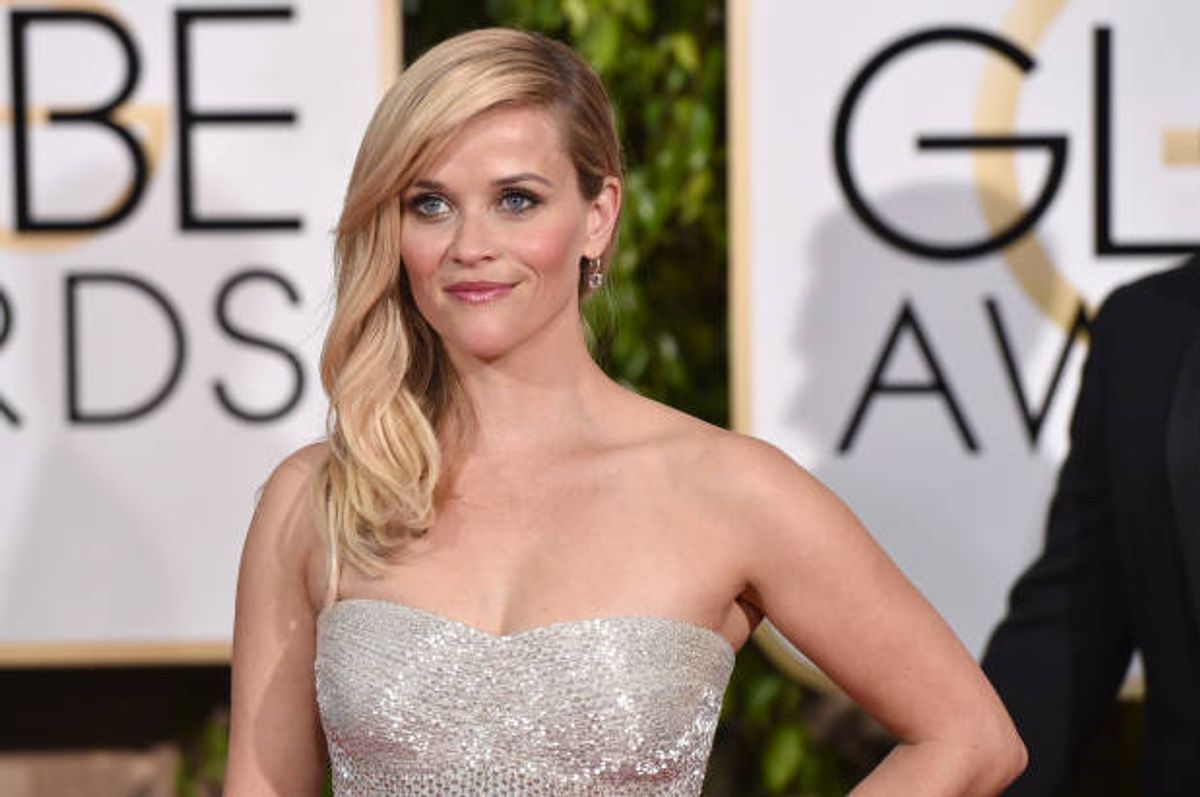 At last night’s Glamour Women of the Year Awards, actress Reese Witherspoon didn’t just bask in the glow of receiving an award presented by Goldie Hawn, but took the opportunity to go to bat for women in Hollywood. She recounted meeting with studio executives in 2012 and, after asking them “So, how many movies are in development with a female lead?” receiving a decidedly unsatisfactory answer. “I was met with nothing, blank stares, excessive blinking, uncomfortable shifting. No one wanted to answer the question because the fact was the studios weren’t developing anything starring a woman. The only studio that was was turning a man’s role into a woman’s role,” recounted Witherspoon.

So Witherspoon founded a production company, optioned two books with strong female leads that became bestsellers — "Gone Girl" and "Wild" — and adapted them for film. She says now Pacific Standard is thriving, and furthermore, "it’s thriving because female-driven films work. This year alone, 'Trainwreck' with Amy Schumer, Melissa McCarthy's 'Spy,' 'Pitch Perfect 2,' 'Cinderella,' the 'Hunger Games' franchise, those made over $2.2 billion worldwide. Films with women at the center are not a public service project, they are a big-time, bottom-line-enhancing, money-making commodity." And then she pointed out that women are still under-represented and under-paid compared to men, in Hollywood and across industries.

This ties into Jennifer Lawrence kicking off a renewed discussion about the Hollywood gender wage gap with her recent essay for Lena Dunham’s newsletter Lenny, which has gotten major support from the likes of Emma Watson, Mark Ruffalo, Jessica Chastain and others in the industry. The issues of women and representation onscreen and how much women make in front of the cameras, behind the cameras and as writers, camera people and in other roles are intimately entwined.

Rosario Dawson highlighted this in a recent MTV News interview while promoting "Call of Duty: Black Ops 3," stating, “I’ve worked on a lot of projects where the male lead or even the male and the female lead will get paid millions of dollars and then everyone else gets SAG minimum payment. You’re privileged to work with this director and these actors, but it’s a Catch-22. You need to make money so you need to have work, and to be able to get work you have to get to a place where your name means something and you make these sacrifices — like, ‘OK, I’ll do this for nothing, but hopefully the movie will do well and it will help me out later.’ So even talking about equity, there’s a lot that comes in between it.”

Dawson is right that not every actress (or actor) passionate about this issue will have the financial means to threaten to walk away from a project if they feel they’re being underpaid, or be able to go directly to the highest levels of the industry, like Witherspoon did. Not to mention that unless women are talking about how much they make with their coworkers, they may not know that they’re being paid unfairly; Lawrence’s essay was prompted by the Sony email hack that gave her access to the precise details of just how underpaid she was.

But even after a successful film, that’s not a guarantee of fair wages for female actresses. Sharon Stone recently revealed to People that “After 'Basic Instinct', no one wanted to pay me. I remember sitting in my kitchen with my manager and just crying and saying I'm not going to work until I get paid."

While it may not seem like the Hollywood wage gap has a direct bearing on women outside that industry, it seems to me that much of this discussion boils down to women finding ways to take control of this conversation, both on a cultural level and in their negotiations. For most of us, we aren’t taught to talk about money as a normal part of everyday life; I don’t think I ever asked a coworker what they made in my seven and a half years as a magazine editor. I’m not exactly sure what I would have done with that information if I’d found out whether I was being paid comparably or not, but I would have at least known. Instead, I felt so lucky to even have full-time employment that I didn’t try to negotiate for a raise during my entire tenure there, or for more vacation days. As writer Emma Johnson points out in a DailyWorth article on “How Talking About Money Can Boost Your Earning Power,” simply asking in a direct, non-confrontational way what a coworker or peer is earning will give you a baseline from which you can plan your negotiation. She suggest starting with a simple, “So, how much are you getting for that kind of work these days?”

While simply talking won’t necessarily change the power structure in Hollywood, the process of talking followed by action very well might. As Joanna Robinson put it in a Vanity Fair piece about Amy Schumer’s negotiating power, “Transparency seems to be the key to changing some of the entrenched issues in the film industry. With more and more people talking about the lack of women behind the camera, and the wage gap for women in front of the camera, up-and-coming Hollywood players are feeling more emboldened to fight for equality.” The fact that entire pieces are being written about the finances of Schumer’s book and movie deals, separate from the plotlines, is a huge step in the right direction. Schumer is becoming symbolic of women who know their own worth and are willing to fight for their value, rather than simply accept the status quo.

Women also need advocates who will bargain on our behalves in the right situations. Kathy Griffin told Variety, in article on the Hollywood wage gap, that she had the “second-lowest salary on the cast” of the sitcom "Suddenly Susan," so "when her agents balked at securing her a pay hike, she marched up to the office of Warner Bros. TV chief Peter Roth to demand a raise.” While Griffin did get a raise, albeit not as much as her male peers made, I found it disturbing that her agents refused to be the ones negotiating the best price she could get. What does that say about how we value women’s work?

Patrick Whitesell, co-CEO of William Morris Endeavor, told Fast Company that “we can play a key part” in narrowing the wage gap in Hollywood. The company’s other co-CEO, Ari Emanuel, said the agency recently negotiated on behalf of Charlize Theron to get equal pay to her male co-star Chris Hemsworth for the upcoming sequel to "Snow White and the Huntsman" in a deal that reportedly topped $10 million. Once again, the Sony leak gave her that leverage, but perhaps studios and those across various rungs of the industry could gain goodwill and more female audiences by recognizing our buying power at the box office and negotiating power when deals are being brokered, rather than simply being reactive.

The principle of pay equity should apply whether we’re talking about minimum wage or millions. After all, Jennifer Lawrence wrote in her Lenny essay, “I failed as a negotiator because I gave up early. I didn’t want to keep fighting over millions of dollars that, frankly, due to two franchises, I don’t need.” Why? Because she wanted to be liked and not be seen as difficult, a feeling that’s surely familiar to women across industries. “I didn’t want to seem ‘difficult’ or ‘spoiled,’” Lawrence wrote. “At the time, that seemed like a fine idea, until I saw the payroll on the Internet and realized every man I was working with definitely didn’t worry about being ‘difficult’ or ‘spoiled.’” Talking about what kinds of roles that are available to women, helping other women break into the industry and giving practical advice to women on honing their negotiating tactics can only serve as a wakeup call to studios that start out with gendered wage inequalities that this practice has to end, the sooner the better.