Fact-checking the debate: Sorry, Republicans, but welfare spending is not tanking our economy

Republicans are all running on the idea that cutting social spending will fix the economy. That is nonsense 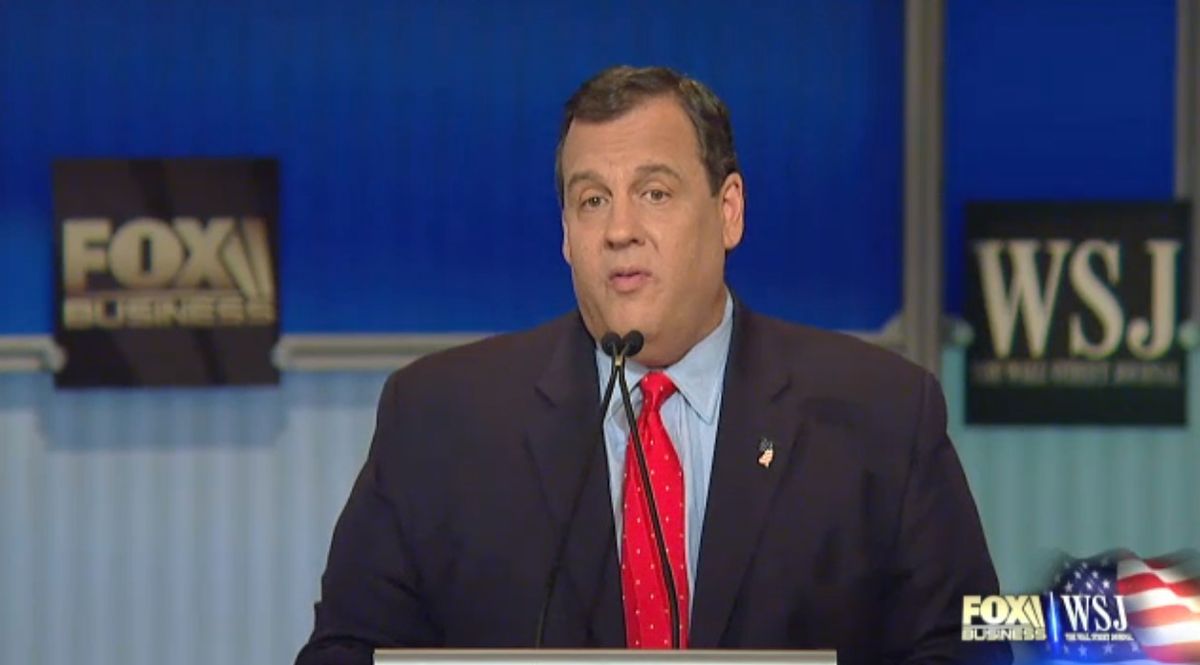 In the 7PM undercard section for the Fox Business debate, a theme we'll likely hear all night was trotted out early and hit hard by every single candidate: Taxes are too high, debt is too high, and the reason is all that money we're spending on food stamps. Every candidate played a variation on the claim that they would rein in spending and lower taxes without touching the entitlements that Republican voters get -- Social Security, Medicare, tax breaks for having children and mortgages, etc. -- all by getting poor people off that imaginary dole.

"We are on the path to socialism right now," Bobby Jindal warned, in a typical example. "We've got record dependents, a record number of Americans on food stamps, record low participation rate in the work force."

On the subject of why he doesn't want to touch Social Security or Medicare when slashing social spending, Mike Huckabee said, "Those are not entitlements and that's not welfare."

This argument carries with it two assumptions that are highly questionable: That there are huge numbers of Americans who would otherwise be working except for all that fat welfare money they get, and that cutting them loose would save enough money to not only reduce the federal debt but also finance huge tax cuts. Both are lies.

Let's take the first one: The assumption that people who receive poverty-alleviating benefits such as food stamps or housing assistance -- as opposed to middle class entitlements like Social Security or mortgage interest deductions -- are a bunch of indolent slobs who just refuse to work. This is categorically false.

Take for instance the Supplemental Nutrition Assistance Program (SNAP), which is the largest of the Republican-hated welfare programs, helping 46 million Americans survive in 2014. "Most SNAP recipients who can work do so," explains an analysis from the Center for Budget and Policy Priorities. "Among SNAP households with at least one working-age, non-disabled adult, more than half work while receiving SNAP — and more than 80 percent work in the year before or after receiving SNAP." The number is even higher for those households that have children.

A full two-thirds of SNAP recipients can't work, because they are children, elderly or disabled. Far from being some kind of program redirecting money from hard-working people to the indolent poor, it's a program that allows hard-working people to have a safety net in case they lose a job or someone in the house becomes disabled.

Would cutting all these people loose save us a fortune, though? Nope! Once you start carving out entitlements that most Republicans won't touch, because they go primarily to middle class and elderly voters that make up their voting base, the amount of money we spend on social welfare is a tiny part of the budget. As Kevin Drum of Mother Jones laid out in 2012, once you deduct all the untouchable stuff -- spending on the disabled, the elderly, and things like child tax credits - -you're only left with about 5 percent of the overall federal budget.

In addition, SNAP spending has been going down, after a high that was created by the recession that Obama inherited from the Bush administration. Under current conditions, which Republicans all want to change, it's expected to go down even more.

Republicans tonight have argued and will continue to argue that "big government" is somehow the cause of poverty, inequality and "dependence." In reality, the rush of people onto federal assistance was actually caused by a bad economy that was ushered in during an era of Republican control -- a situation that improved under a Democratic President.

And needless to say, no, Democrats are not going to raise your taxes to 80 percent so that poor people can live high on the hog on food stamps. But that Chris Christie said otherwise tells you a lot about what kind of fantasy world Republicans are living in.