Stephen Colbert's Baby Hitler brilliance: "I wouldn’t let him join anything where they have to wear a uniform—no Cub Scouts, no Little League, definitely no marching band" 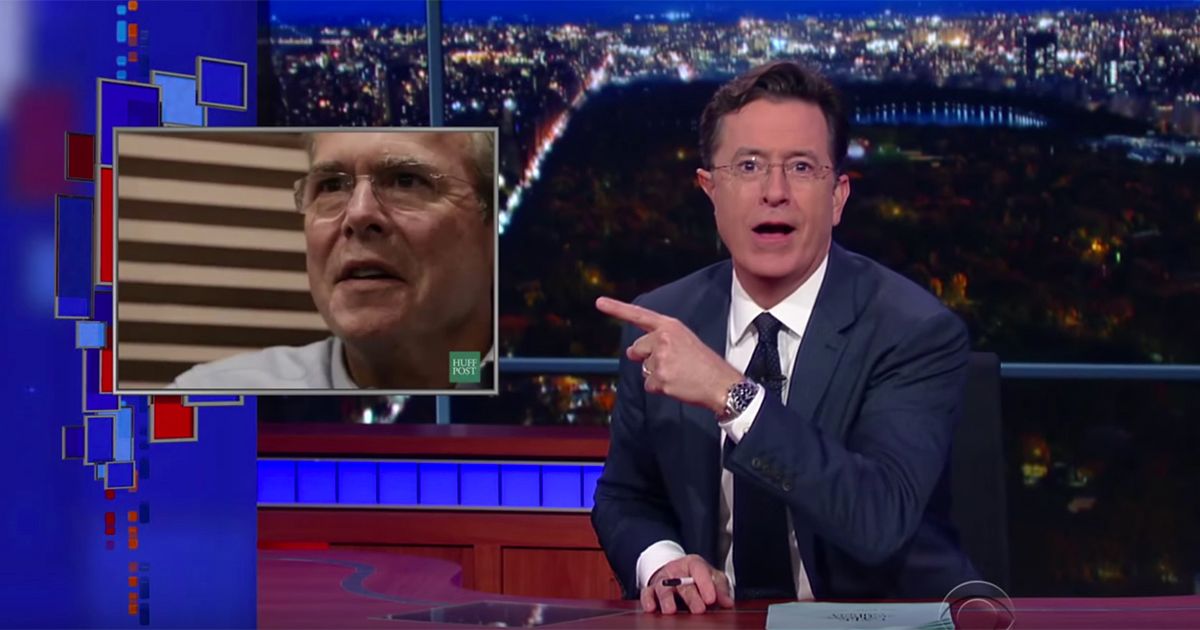 Stephen Colbert told "The Late Show" audience that Tuesday evening's debate was going to be "make or break" for Jeb Bush and by break he really means, die like a Greek poet.

When Jeb Bush was bizarrely asked if he would have killed Baby Hitler, Jeb! responded "Hell yeah, I would!” Jeb said enthusiastically before forgetting the name of the film "Back to the Future" and calling the actor Michael Fox. "I’d do it. I mean: Hitler."

But Colbert has a much more thought out pre-emptive strike plan than Bush's outright assassination plot:

“But here’s where me and Jeb’s time streams start to diverge, because I wouldn’t kill young Adolf. I would take him from his parents and raise him with love. I would give Hitler a safe, supportive home; all the while, I would watch him like a hawk.

"I wouldn’t let him join anything where they have to wear a uniform—no Cub Scouts, no Little League, definitely no marching band. Most importantly, I would teach baby Hitler that we do not solve our problems with violence, and then, if he starts to get mouthy as a teenager, I’d stick a knife in his ribs and snap off the handle.”