David Spade could have had Letterman's show: "I couldn't believe they were handing me this. I thought, I don't know what the f*ck I'm doing" 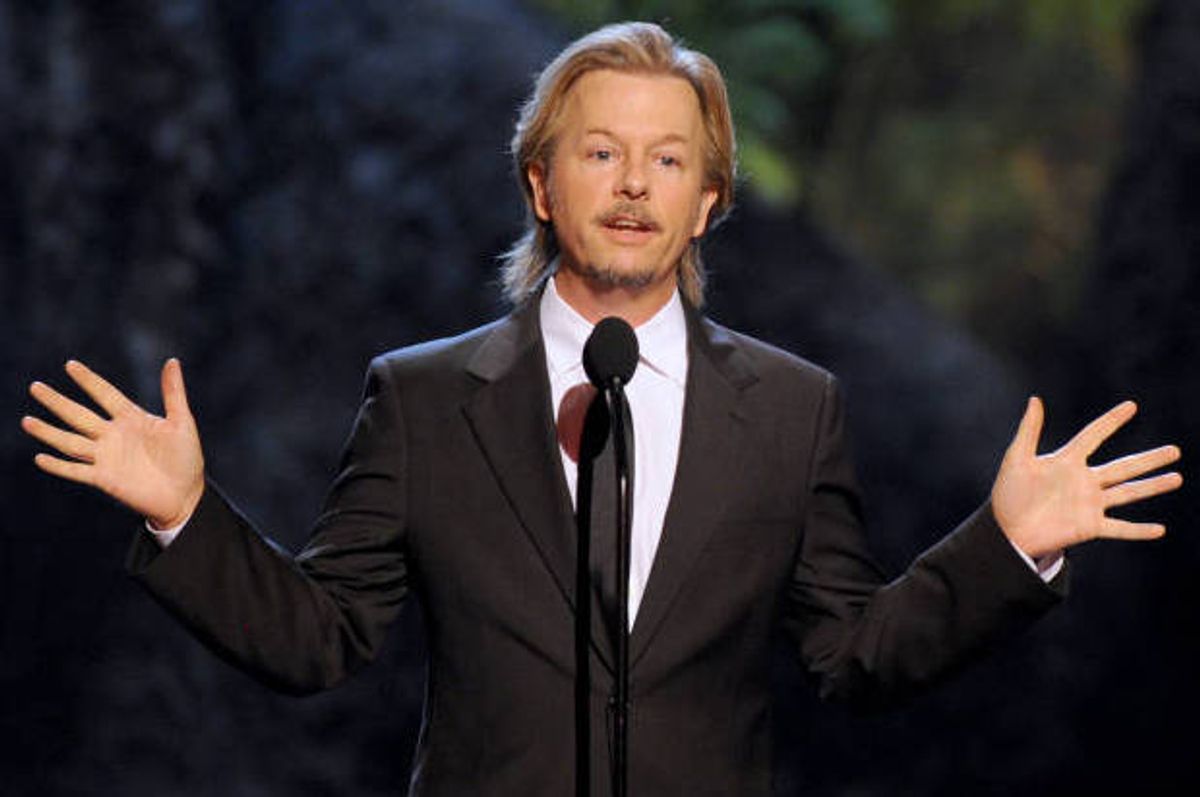 In a new interview with Esquire about his memoir, "Almost Interesting," "Saturday Night Live" alum David Spade reveals to writer Mike Sacks the biggest inside-late night story he didn't include in his book. Apparently, back in 1993 when NBC was looking for a replacement for David Letterman as host of "Late Night," after Letterman departed to helm "The Late Show" for CBS, Spade's Hollywood Minute segment on "SNL"'s Weekend Update attracted network brass attention. They offered him the gig — which ended up going to Conan O'Brien — and he turned it down.

"How the fuck I spaced that, didn't put that in the book, I don't know," Spade tells Sacks. "But when I was going through the final version of the book, I thought, Oh shit, that happened. It occurred to me that it might have been interesting for people to know that I got offered Letterman and didn't do it."

Spade elaborates on his fateful lunch with Bernie Brillstein, Lorne and Brad Grey:

Now, in fairness, there was a rumor that they had first gone to Garry Shandling and Dana Carvey, and they had both said no. I said, "Why me?" And they said, "Well, you sort of brought a new attitude to Saturday Night Live and a little edge, and you're not like People magazine. You're going after people, and we like that." And I was young and new. And I said, "Aw, I don't think I'd really want to do a talk show." And they were all sort of stunned. They went, "Well, it's like a million dollars a year. It's Letterman!" Which was huge.

I couldn't believe they were handing me this. I thought, I don't know what the fuck I'm doing! They said, "We'll get you writers, you know." I said, "I always pictured maybe a sitcom or something like that. I want to try that first. I want to go try that. And a talk show feels like the last job you would take. You don't have another job. That is it."

Grey upped the offer, and Spade still declined. He says he has no regrets for not taking the gig. "I would have been more like Letterman. Just do one thing, and it's dry," Spade said. "That used to work, and I don't think it does anymore with all the viral stuff and shit you need to do."

In this alternate late-night universe, does Spade end up besting Jay Leno and wrestling permanent control of "The Tonight Show?"

Read the fascinating interview here, which also covers being raised by a driven divorced mom, the personal tragedies that helped jumpstart his comedy career and his experiences with Johnny Carson and on "Saturday Night Live."