Free speech, social justice and the press on campus : "These are longstanding issues that have reached a boiling point"

Salon speaks to Suzanne Nossel of PEN about the University of Missouri protests, free speech and the press 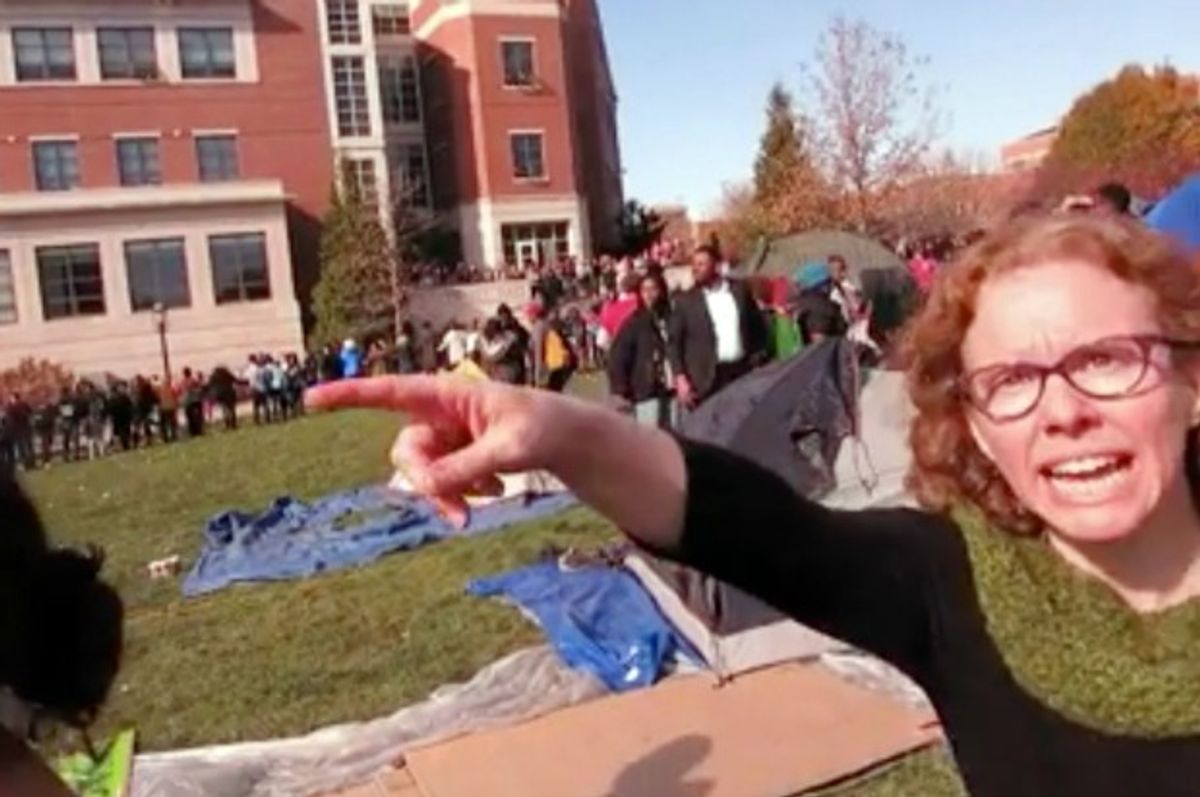 Conflicts over free speech have become common these days, and they’ve become especially charged in discussions of campus controversies. This week at the University Missouri-Columbia, journalists covering the campus protests that led to the resignation of U of Missori system president Tim Wolfe were asked to leave public spaces and encountered resistance from not only student protesters but faculty members; some students and professors saw even the presence of student journalists covering campus protests as disturbing, indicating a lack of trust between minority students and the press. Free speech has also been at the center of a recent controversy at Yale University, where a residential college employee's email pushing back against an administrative missive cautioning against racially-insensitive Halloween costumes in turn caused the students of that community to erupt in protest.

Some of the most potent threats to free speech these days come not from our government or corporations, but from our citizenry. Pitched battles being waged at Yale and the University of Missouri pit speech versus speech in a contest of who and what is entitled to be heard. These are only the latest examples: In recent years speakers have been disinvited, campus events disrupted and activists threatened for speaking their minds.

Nossel is both dedicated to free speech and hoping to find the common ground between opposing camps in the fight.

Salon spoke to Nossel from her New York office. The interview has been lightly edited for clarity.

Let’s start with the heart of your argument. You write, “the proponents of social and racial justice and free speech advocates are talking past each other.” What do you mean here, and why does it seem to be happening?

Obviously this has gotten very feverish. It feels very quick, but this has been simmering for quite some time. We’ve seen lower-level controversies over the last few years that pit a quest for racial and social justice, for diverse communities, that are comfortable for everybody, seemingly against free speech. Campus speakers being banned…

My sense is that right now there’s not a lot of understanding going on on either side. I think many of the students are very impassioned – for good reason in a lot of cases. They are confronting the vestiges of racism and trying to root it out. That’s difficult, important work.

Does the issue of race complicate the traditional free-speech defenses?

I’m not sure it does. The issue of free speech is very broad. And it plays out in many different ways. Free speech has been central to the drive for racial equality – the role of the press in exposing abuses of the civil rights era. The fact that that Birmingham Police Department was on TV every night with their dogs – that was catalytic.

I think like all social movements, the drive now to counter racism is dependent on a free media, free speech… But it also needs to hear dissenting views in its own ranks, to be responsive to new constituencies.

Banning speech is not any part of the answer to the problems these students are trying to address. The question is really, what are the bounds of civility and mutual respect within a community. And how does that delimit what you can say, do, wear in order to enable the community to thrive, for people to feel comfortable.

Are you at all sympathetic to people who want to limit the ability of journalists – including student journalists – to cover things like the Missouri unrest?

Not very. Particularly when it relates to activity at public place, outdoors… When you’re talking a protest out in the open, that should be fair game.

Is the misunderstanding you’re talking about inevitable, or does it come from a fraught period the nation is going through? Why are we getting this conflict now?

These are longstanding issues that have reached a boiling point. That has to do with a number of developments we’ve seen around the Black Lives Matter movement, the shootings we’ve seen around the country, and how this generation of students is reacting. They’re fed up, they’ve had enough, and they want their administrations to work with them.

The fight over free speech and journalist ethics, especially on campus, turns to caricature and invective pretty quickly. Why is that? It’s been nasty and divisive. Maybe that’s healthy?

Some of it may be healthy. We all want most of us to be polite most of the time, but there are moments for really open, frank, difficult dialogue and this is one of them.

That said, there’s a way that the Internet and social media fuel a kind of escalation – part of it’s the anonymity, the distance, the facelessness… The ability to comment and pile on. That can get out of control, and have a chilling effect on speech.

If you have something to say, and the headache in saying it is too great, you’ll just shut up.

It sounds like your larger argument is that free speech and the rights of minorities are not opposed – they can point in the same direction.

That’s right – not to say that there won’t be tensions. But historically, these things have been symbiotic. Not just racial equality, but gender equality, the LGBT movement.

All of those things have flourished in part because of free speech. They started as dissenting, minority, outlier viewpoints – they spoke up, they were heard, they built support…. The freedom these students have to express themselves is essential to their struggle, and they risk undercutting their moral authority if they deny that to others.