America's disturbing epidemic of police abuse revealed: "When the person who sexually assaults you is a police officer, who do you call?"

A shocking new report by the Associated press found 1,000 reports of sexual misconduct in six years 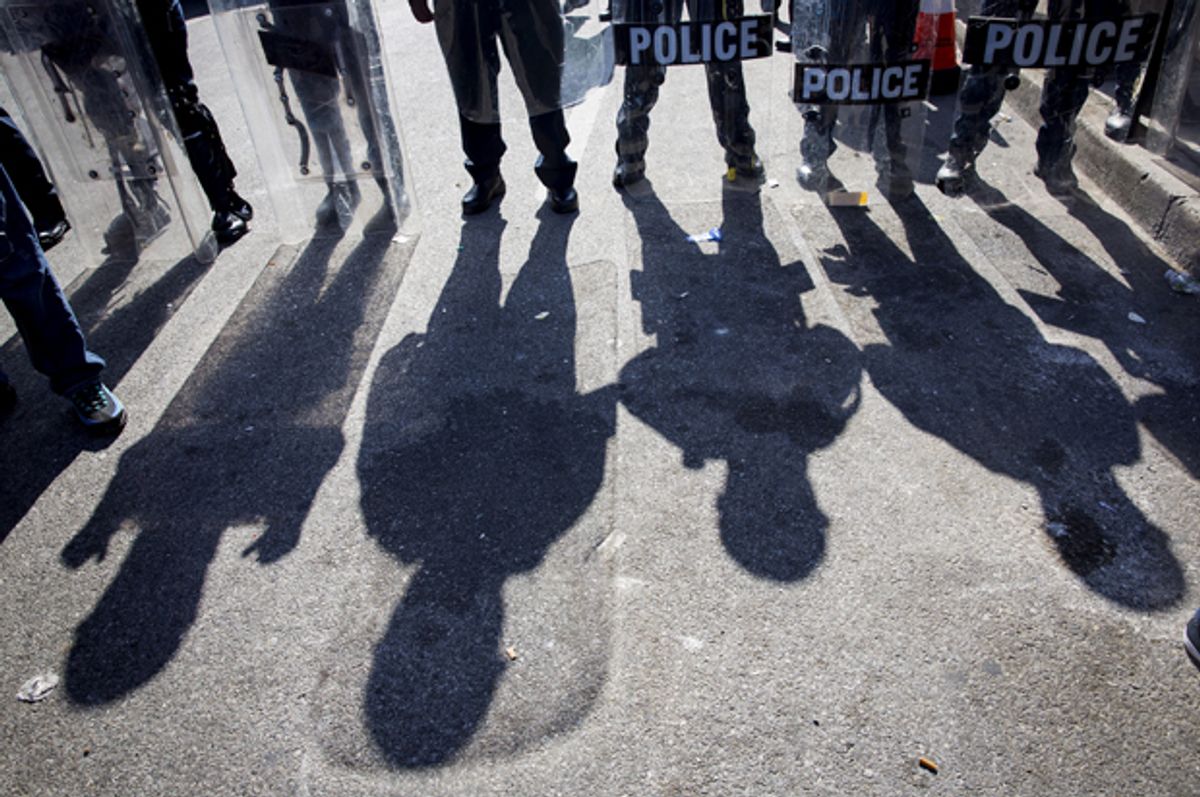 You might not have heard about it, but recently the Associated Press released the findings of a yearlong investigation, finding that police officers all over the country are guilty of sexual misconduct while on duty. The AP found documentation of 1,000 such cases over a period of six years, and these numbers are merely a drop in the bucket.

For one thing, those 1,000 cases are surely an undercount of the actual number of cops who engage in sexual misconduct, given that they represent only those officers whose licenses were revoked. Not all states take such action, and not all states keep numbers on how many of their officers are charged with such misconduct. For example, two of the largest law enforcement agencies in the country -- California and New York -- didn’t share any records with the AP, because they have no statewide system to decertify officers for misconduct.

Andrea Ritchie, a Soros Justice Fellow and co-author of "Queer (In)Justice: The Criminalization of LGBT People in the United States," explains that the structural barriers to taking this problem seriously.

"There is no official data collection concerning reports of sexual violence by police, ICE agents, or Customs and Corder patrol -- one of the recommendations of the President's Task Force on 21st Century policing was that questions about sexual harassment and assault be added to the federal Police Public Contact Survey, which would be a good start. Perhaps most disturbingly, despite guidance issued on the subject by the International Association of Chiefs of Police in 2011, very few police departments have any policies specifically prohibiting sexual harassment and assault of members of the public by police officers, address the issue in training, or have any effective prevention and oversight measures in place.”

In her groundbreaking book, "At the Dark End of the Street," Danielle McGuire documents the long history of violence, done with impunity, against Black women. She begins with the case of Recy Taylor in 1944 and closes with the 1975 case of Joan Little. Taylor was kidnapped  one afternoon as she left church and gang raped by six white men. The men all admitted to the rape before authorities, but two grand juries declined to indict the men. No charges were ever brought against any of the men who raped her. Joan Little was tried in 1975 for the murder of a white prison guard at Beaufort County Jail in North Carolina. Little argued that she used deadly force to resist sexual assault and was the first woman in US history to be acquitted using that defense. McGuire discusses several pivotal cases and points to the notable lack of legal recourse black communities had when women were raped and, more importantly, the legal barriers built into the system to prevent any justice for those survivors.

"For Black women in particular, the impact of impunity is compounded by centuries of enslavement and its aftermath. During slavery, Black people were legally labeled as property which meant that Black women and girls were subjected to all manner of abuse and assault without any protection from the state. The remnants remain with us today."

“When the person who sexually assaults you is a police officer, who do you call? The police? We already know that sexual assault is hugely under-reported in general, and we think that this is even more the case in cases of police officer sexual misconduct.”

She further explained that such cops often chose their victims intentionally. “Police officers target vulnerable populations," she explained, "people who they know won't be able to walk into a precinct without facing harassment or feeling like they're in danger in some way.”

Ritchie explains which people are most vulnerable to police violence and sexual misconduct in particular, listing,

This history is particularly relevant as the trial of Daniel Holzclaw is underway. Holtzclaw is a a former Oklahoma City police officer accused of sexually assaulting and raping 12 women and one underage girl while on duty. All of his alleged victims are Black. Last Tuesday, an all-white jury—eight men and four women—was selected in his trial.

In the middle of national conversation about police brutality, why isn’t the Holzclaw getting non-stop coverage? Why haven’t media organizations, particularly those that care about racial justice and/or violence against women, been making the AP investigation and Holzclaw’s trial into a household conversation about race and gender in the U.S.? Making a dent in the epidemic of police sexual abuse means working to "center the experiences of Black women and girls across the gender spectrum," according to Black Lives Matter activist Monica Dennis. "This requires us to sharpen our political lens to focus on the continuum of abuse that we experience in our interactions with the criminal justice system."

Dennis names the problem in one question: " How do we expand the national conversation to view women of color as worthy of response and action?