"Heads up, Quentin Tarantino": Fox News' Bolling ominously warns "everyone thinks they don't need a cop until they do" 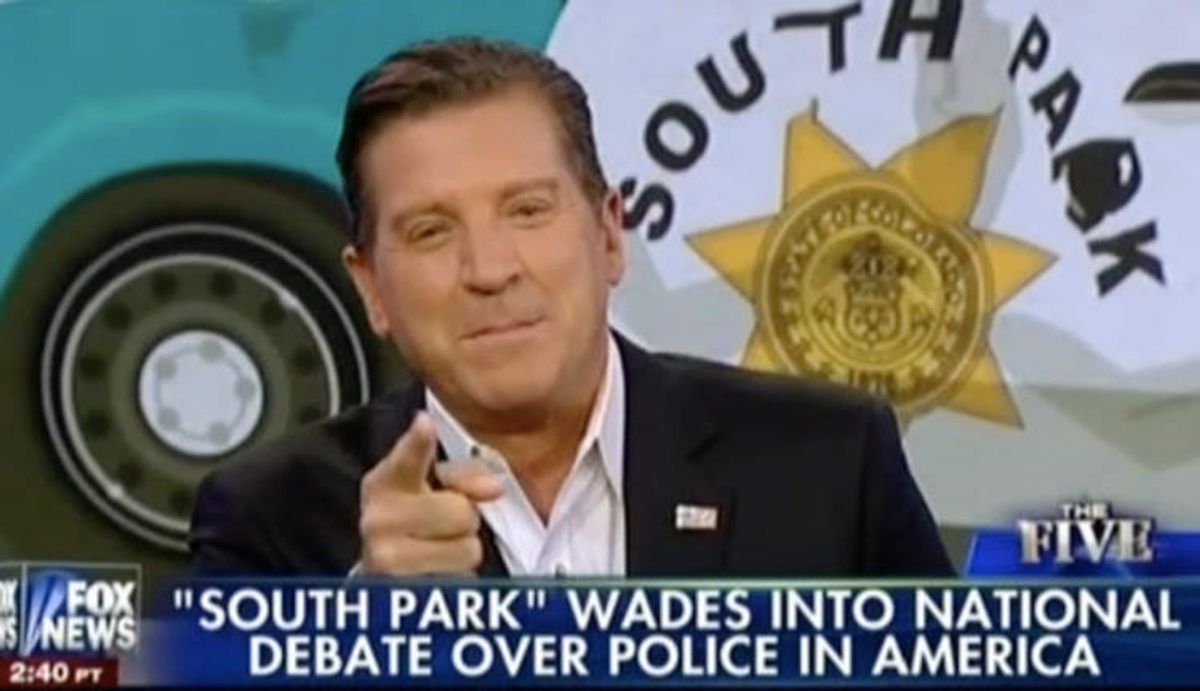 Days after the head of the largest police union in the country issued a threat to filmmaker Quentin Tarantino, warning that "something is in the works" after the director dared to speak out against police brutality, Fox News Eric Bolling followed suit, reminding Tarantino that "everyone thinks they don't need a cop until they do."

Bolling, co-host of "The Five," has repeatedly railed against Tarantino for supporting the Black Lives Matter movement. Tarantino has recently come under conservative fire after speaking at an anti-police brutality protest last month.

“Remember the two guys who were executed over here in Brooklyn? In days after that, that protest. People, as Dana [Perino] points out, people look up to Quentin Tarantino," Bolling asked during a recent show. "They look up to Hollywood actors and directors, and it feeds into that narrative. Cop violence is going up."

On Thursday's edition of "The Five," Bolling, once again, had an opportunity to strike Tarantino, this time by praising another most unlikely Hollywood staple, South Park, for highlighting the dangers of criticizing the police. On Wednesday's episode, the animated residents of South Park decide to oust cops in their town, otherwise known as “racist, trigger-happy assholes” but find themselves helplessly run amok without police protection.

The Fox News hosts loved South Park's implicit endorsement of the so-called war on cops narrative and the chilling effect of anti-police brutality protest. "Sometimes you have to educate the ignorant through cartoon so they can understand," co-host Kimberly Guilfoyle remarked, applauding the show.

"Nice job, guys. You nailed it! Everyone thinks they don't need a cop until they do," Bolling proclaimed, adding, "Heads up, Quentin Tarantino."

Police unions across the country have already called for a boycott of Tarantino's new film "The Hateful Eight," but last week the head of the largest police union in the country upped the ante. "Tarantino has made a good living out of violence and surprise," Jim Pasco, executive director of the Fraternal Order of Police told the Hollywood Reporter last week. "Our officers make a living trying to stop violence, but surprise is not out of the question."

"Something is in the works, but the element of surprise is the most important element," says Pasco. "Something could happen anytime between now and [the premiere]. And a lot of it is going to be driven by Tarantino, who is nothing if not predictable."