"The FEC and men's nipples are probably comparable": "The Daily Show" shames the Super PACs

$5 billion. Maybe 158 families. And the candidates and their backers are getting away with it all 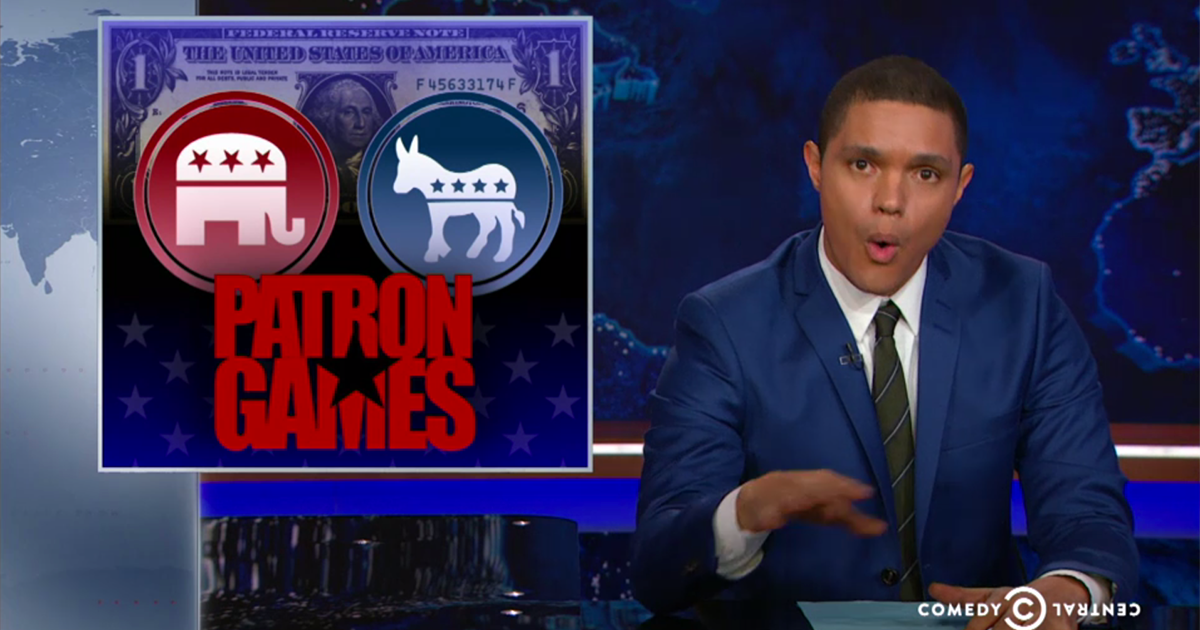 The presidential campaigns anticipate spending a grand total of $5 billion dollars in 2016, Trevor Noah informed us on Thursday's "Daily Show." It's a stark contrast from 2012 where Romney and Obama spent less than half of that. But the disturbing part is that only 158 families are footing the bill for these campaigns.

Other unfortunate factoids include that the donors are white, older and male and 138 of the donors have contributed to republicans vs. only 20 giving money to democrats. Nowadays, you can't even run for office unless you've got a billionaire behind you.

Super PACs have become so powerful at this point they're just showing off. Such is the case of a new one backing Florida Senator Marco Rubio with "Baby Got PAC" as its name. "Which begs the question, what names did you decide not to use?" Noah asked. "I like big bucks and I cannot lie?"

But while there is supposed to be a government agency that regulates coordination between campaigns and their Super PACs, "Daily Show" correspondent Jordan Klepper found something else. In a visit to Washington, Klepper stopped by the Federal Elections Commission who has been tasked with regulating campaign spending since the Watergate scandal, but apparently the agency isn't really doing anything anymore.

"The FEC, which is supposed to be enforcing campaign finance laws so people have trust in the system, isn't," says FEC Commissioner Ann Ravel.

Klepper asked Ravel how depressing it must be working for the FEC. After all, a report from the New York Times in May quoted Ravel saying, "the likelihood of the laws being enforced is slim. I never want to give up, but I’m not under any illusions. People think the FEC is dysfunctional. It’s worse than dysfunctional.”

Ravel says that the FEC can't regulate or investigate really anything. Klepper and Ravel then went on to play a little game called "Can I Get Away With This" where Klepper asked a series of questions such as using the name "Carly For America" for a Super PAC. Answer: It can't. So the Super PAC changed its name to Conservative Authentic Responsive Leadership for You and for America or ... C.A.R.L.Y for America. True story.

Klepper reports that the FEC doesn't and even when they try to, they deadlock eight times as much as they use to. While the panel is made up of three republicans and three democrats, Ravel says "three of the members don't believe in the purpose of the agency." If you want to know who the republican members are and how to contact them it is conservative Vice Chair Matthew Petersen, Commissioner Caroline Hunter, and Commissioner Lee E. Goodman who isn't available online anywhere but you can call at toll-free: 800-424-9530.

"The likelihood of enforcement in major cases this election cycle is slim," she went on to say. Basically, we're all screwed.

"I would say that," Ravel said. "There are things that are done that have some value, just like men's nipples."