"This is the first direct hit on music": Bono reacts to Paris terror attack on Eagles of Death Metal concert

U2 was rehearsing for 2 weekend shows in Paris, to be filmed for HBO, that have now been canceled 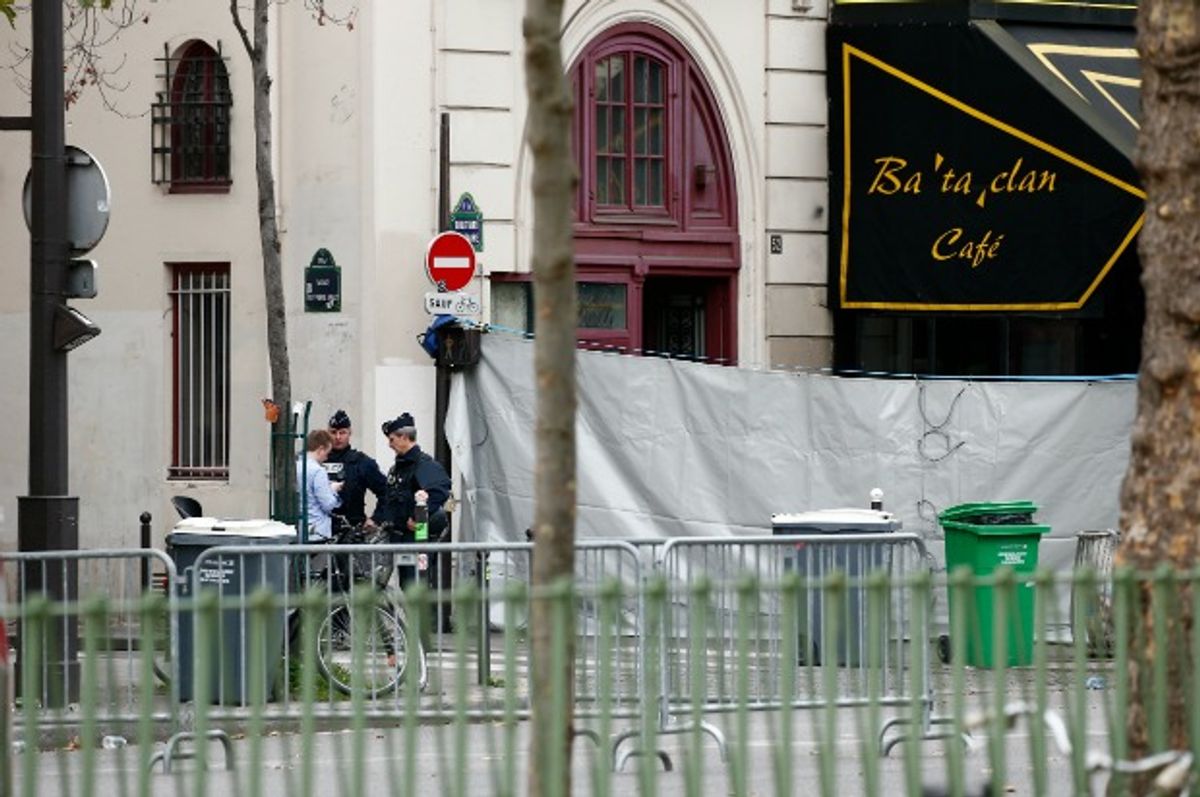 Police work outside the Bataclan Cafe and its adjoining concert hall. (Benoit Tessier/Reuters)
--

Saturday and Sunday evening U2 concerts in Paris have been canceled in the wake of Friday's terror attacks, in which 129 people were killed and more than 350 injured by Islamic State attackers across several sites in the city. The band was scheduled to perform at Bercy Arena this weekend, about three miles from Bataclan, the venue where 118 people were killed by the end of a deadly hostage siege that took place during an Eagles of Death Metal concert.

Rolling Stone reports that U2 frontman Bono spoke to Irish radio DJ Dave Fanning by phone today and said that the band had been rehearsing when the news of the attacks broke out, and that while the decision to cancel the shows was not the band's, they are supportive. "It's up to the French authorities and the city to decide when we can go back."

Bono then said the band's first thoughts are with the victims, especially those at Bataclan for the concert.

"If you think about it, the majority of victims last night are music fans. This is the first direct hit on music that we've had in this so-called War on Terror or whatever it's called," Bono told Fanning. "It's very upsetting. These are our people. This could be me at a show. You at a show, in that venue."