Vindication for Steven Salaita: A victory for academic freedom in a textbook case of "the Israel exception"

Salaita has been offered a sizable award, but he still doesn't have what was taken from him -- his job 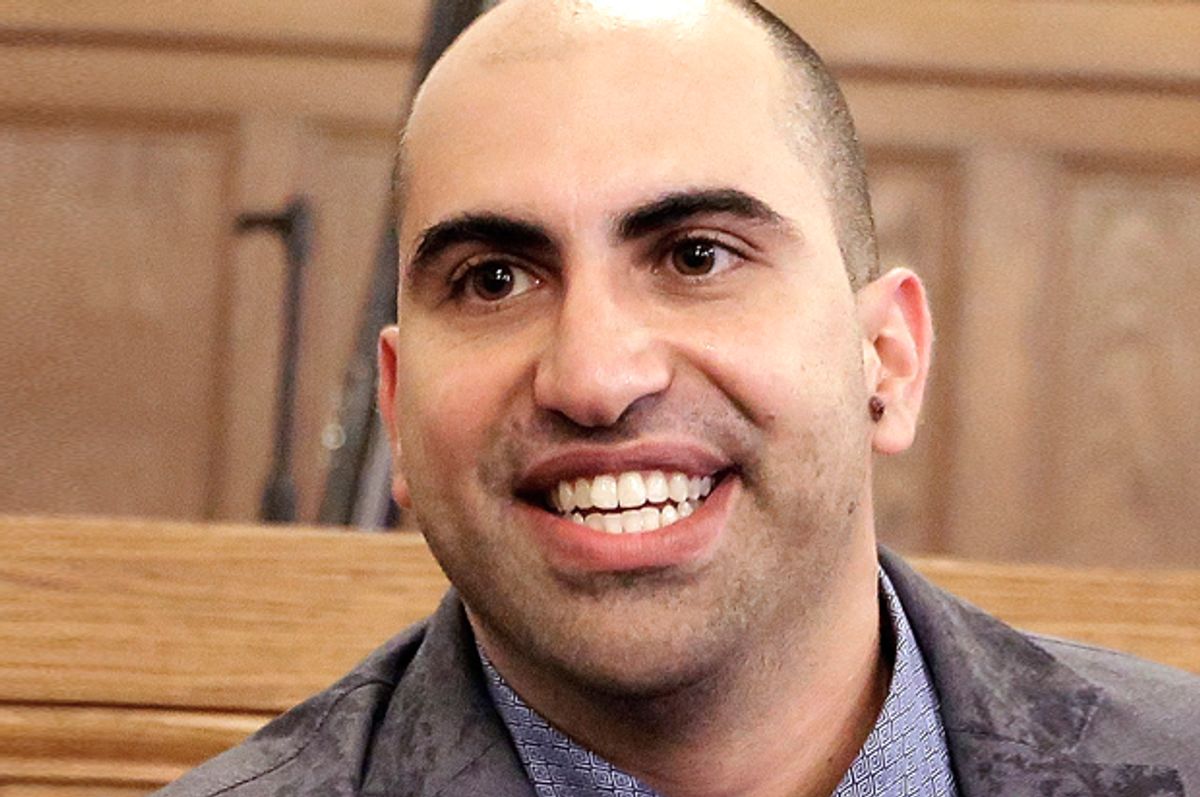 As Steven Salaita recounts it in his just-published book, "Uncivil Rites: Palestine and the Limits of Academic Freedom," on the afternoon of Aug. 2, 2014, he was “enjoying a typical Saturday: the Blacksburg farmer’s market and Bollo’s in the morning, followed by a group nap and family time on the back deck.”  Then came a short, curt email from the chancellor of the University of Illinois at Urbana-Champaign, where Salaita had just accepted a tenured position on the faculty.  It said, simply, “Dear Dr. Salaita, Please read the attached letter.”  He continues, “Why in the world, I wondered, would the chancellor write me a letter? With a feeling of dread, I opened the attachment to find what appeared to be a termination letter.”

It’s not hard to imagine what a blow that was to Salaita and his family personally—the loss of his job, the fact that his wife had given up her own job in order to move the family to Illinois, the loss of their home—but no one could have predicted the full-blown international scandal that followed and continued to grow for more than a year. By the time the case was settled on Thursday, thousands of academics worldwide had rallied to Steven Salaita’s support, a dozen major academic bodies had protested his firing, a boycott was declared against the University of Illinois at Urbana-Champaign and honored by people like Cornel West, the university was hit with censure by the American Association of University Professors, and high-level university administrators had resigned, including Chancellor Phyllis Wise, the very person who did the actual firing.  She resigned amid an ethics investigation, but not without making some resentful comments about the Board of Trustees that she thought she was acting on behalf of, but that ultimately threw her under the bus. The Board, which voted to go along with the firing of Salaita, was chaired by Christopher Kennedy, one of the sons of Robert F. Kennedy; he didn’t come out of this looking too good either.

After Salaita tweeted angrily, bitterly and acerbically against Israel’s massive attack on Gaza in the summer of 2014, his tweets were brought to the attention of the university. The university issued a decent, boilerplate defense of his freedom of speech and academic freedom, while distancing itself from the content of the tweets themselves.  But shortly after, wealthy donors began to complain, a high-ranking Democratic U.S. senator weighed in and pressured the Board of Trustees, and Salaita was fired.

Salaita sued the university over his firing, and what he and his attorneys discovered via a Freedom of Information Act request disclosed just how far and deep the corruption lay.  Yes, there was some dispute as to whether he was actually officially hired in the first place, but a federal court found decisively in Salaita’s favor, the judge declaring wryly, “Simply put, the University cannot argue with a straight face that it engaged in all these actions in the absence of any obligation or agreement.”  Indeed, the entire case the university mounted against Salaita has proven to be ludicrous, and it would be comical if it did not have such destructive effects on so many people.

The emails confirmed what people had gathered all along from the university’s statements and actions and from other evidence: In a rush to please the offended, and, more important, the powerful and well-connected, the university not only trampled on Salaita’s rights, it also threw out due process and any vestige of faculty governance, which is the backbone of any university.  This was all top-down, groveling action, driven by greed, fear and brown-nosing.

But of course it was also more than that; it was a textbook case of the “Israel exception.” Freedom of speech is to be honored, sanctified. Unless you are a critic of Israel. The thought experiment that people suggested in August 2014 is just as relevant today as it was then. What if Salaita had used exactly the same language in his tweets, but had aimed his criticism at Hamas? Either nothing, or perhaps he would have been given a hero’s welcome at Urbana-Champaign. Principles of free speech and academic freedom, seemingly carved in stone, buckle at the knees when it comes to criticism of Israel.

The settlement offers Salaita a sizable award, according to the Center for Constitutional Rights, which helped represent Salaita. It, along with co-counsel Loevy & Loevy, announced Thursday, “the settlement of Professor Steven Salaita’s case against the University of Illinois at Urbana-Champaign (UIUC) for firing him from his tenured position over his personal tweets criticizing the Israeli government’s assault on Gaza in 2014. Professor Salaita sued UIUC, the university Board of Trustees and high-level administrators for violating his First Amendment right to free speech and for breach of contract. Salaita’s firing became a flashpoint for debates over academic freedom, free speech, and the repression of Palestinian rights advocacy. In exchange for Professor Salaita’s agreement to release his claims, the university has agreed to pay $875,000.”

Salaita remarked, “This settlement is a vindication for me, but more importantly, it is a victory for academic freedom and the First Amendment. The petitions, demonstrations, and investigations, as well as the legal case, have reinvigorated American higher education as a place of critical thinking and rigorous debate, and I am deeply grateful to all who have spoken out.”

Reaction to the settlement among his colleagues, students and other supporters has been one of celebration, reflection and continued concern. A  group of scholars immediately released a statement lauding the settlement, pointing out the victory for free speech and academic freedom:

Yet our statement also maintains that in principle Salaita should be offered what was taken from him—his job.  We insist that the American Association of University Professors maintain its censure of the University of Illinois at Urbana-Champaign:

[The settlement] did not include Professor Salaita’s reinstatement. Although we respect Professor Salaita’s decision to accept the settlement and to move on with his career, we nevertheless call attention to the fact that a cash settlement without an offer of reinstatement leaves unaddressed the unjust terms by which his employment was terminated. Not only were his fundamental rights of free speech and academic freedom abridged, but he remains entitled to reinstatement at UIUC as a matter of principle, whether or not he chooses to accept that reinstatement. As it stands, the settlement demonstrates that the university can abridge such rights at a price, setting a perilous precedent.

Another key thing this statement brings out is that in the course of its attack on Salaita, the university recklessly decimated one of the most progressive and innovative programs in American Indian studies in the United States.

The Salaita case therefore points to a number of things that are wrong with American universities and colleges: their growing capitulation to wealthy donors, their adoption of corporate business, CEO-style managerial teams in place of academically trained administrations devoted to core educational goals and principles, and the willingness of universities to be used for ideological purposes.

As we regroup now to fight these wrongs, it is essential to note what sustained collective action can do, and indeed has accomplished. I asked Omar Shakir, one of the attorneys at the Center for Constitutional Rights, to talk about the settlement.  Shakir replied, “Today Professor Salaita won a landmark, near 7-figure settlement against the University of Illinois at Urbana-Champaign (UIUC), culminating a year of stinging losses for UIUC, which has now been censured, boycotted, and roundly defeated in court, forcing the very administrators who fired Professor Salaita for his tweets criticizing Israel to resign. The takeaway is clear: advocates for Palestinian rights will not be silenced and any university that tries to suppress their speech will face the consequences."