Colbert took a deep breath and long pause, patting on the desk and seeming to hold back tears 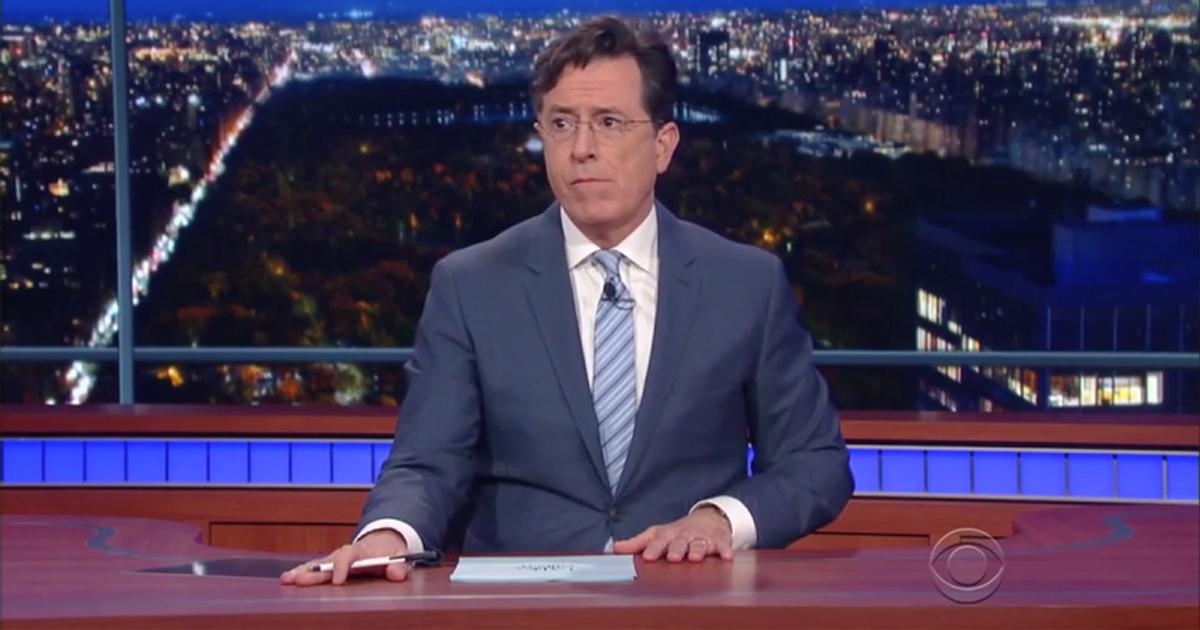 "The Late Show with Stephen Colbert" typically tapes earlier in the day, but news broke of the horrific terrorist attacks that have left 127 people dead in Paris.

According to those who attended the taping, Colbert broke the news to the audience. One audience member said Colbert re-recorded the intro without the jokes remarking that Colbert was visibly "shaken."

"Folks, we end tonight's show with a heavy heart because we taped all of tonight's show, and then we found out about the horrific attacks in Paris today," Colbert said at the end of the show. "I know not much is known right now. We do know there have been many deaths and the crisis is still ongoing."

"President Hollande declared a state of emergency and President Obama has promised that the United States will do whatever it takes to bring those terrorists to justice," Colbert continued. "We add our thoughts and prayers to everyone in Paris."

"And now, we'll see you on Monday," he then took a deep breath and long pause, patting on the desk and seeming to hold back tears. "Goodnight."

Watch the video here thanks to the DailyBeast.com