Here come the Paris truthers: "There's no such thing as ISIS — it's a creation of the U.S."

They're getting better at this, but only because the number of tragedies they can exploit keeps getting larger 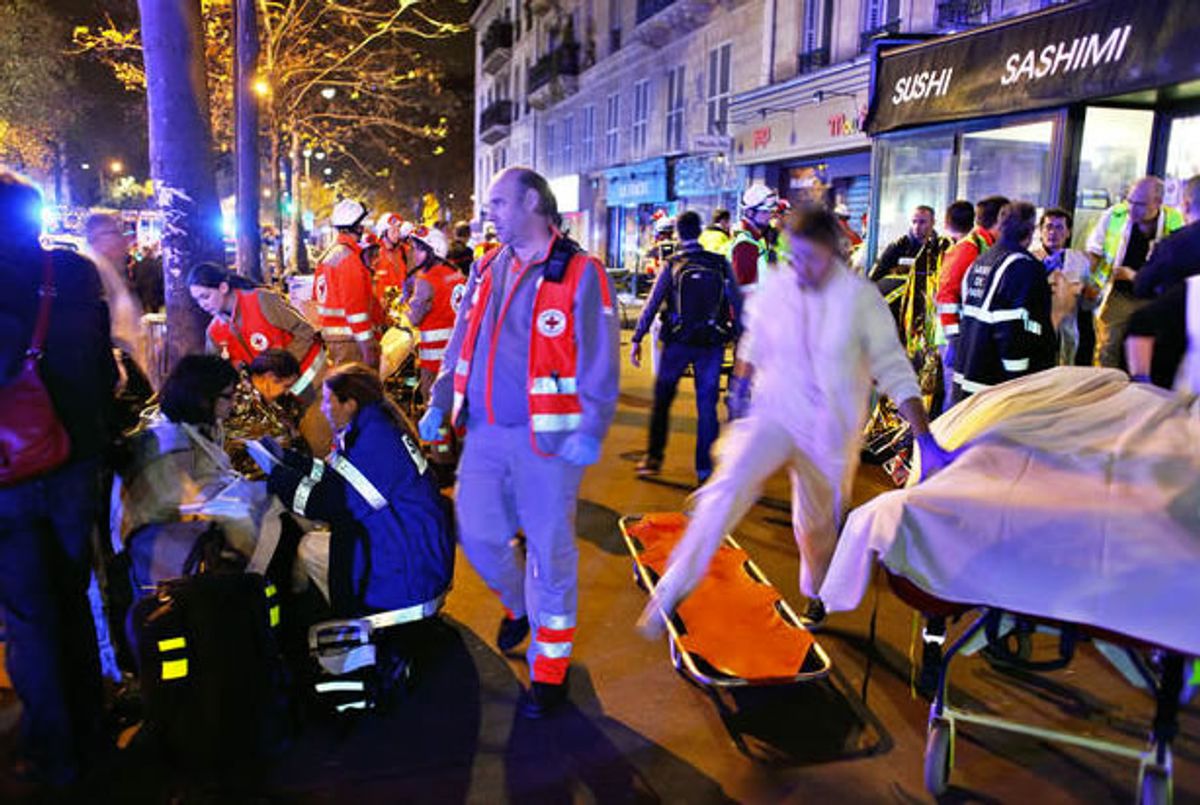 What's amazing about these Paris truthers isn't that they exist -- it goes without saying that wherever a mass tragedy occurs, truthers won't be far behind -- but how quickly they can organize and mass-produce videos that incorporate whatever new "evidence" they find into their preconceived narratives.

This isn't that difficult for Alex Jones, who can send roving "reporters" to the scene and manufacture the appearance of credibility via the audience's familiarity with this particular journalistic convention:

The same logic applies to news ogranizations like "RT," which can trot out "experts" who will claim that ISIS is a wing of the American military and that these attacks were therefore carried out in order to force foreign powers to align themselves with the American-Israeli hegemony:

More impressive, however, are videos like this one below -- which, yes, incorporate pre-existing footage into conveniently shaped narratives -- but when information moves at the speed of Reddit and hundreds of thousands of users are contributing to the "analysis" of the videos being distributed across the Internet, perhaps it's not that surprising:

Perhaps the most salient example of finding tendentious evidence to confirm pre-existing theories is the idea that world governments have colluded in the hiring of a generically attractive, brown-haired "professional crisis actress": It's not that it's impossible that that's the same woman in each picture, but honestly, "enhance" isn't a reality, it's lazy writing, and basing arguments off that logic isn't likely to win you many converts.