On Colbert, he calls Cruz "a chicken hawk with a law degree," mocks GOP's militaristic insanity in Middle East 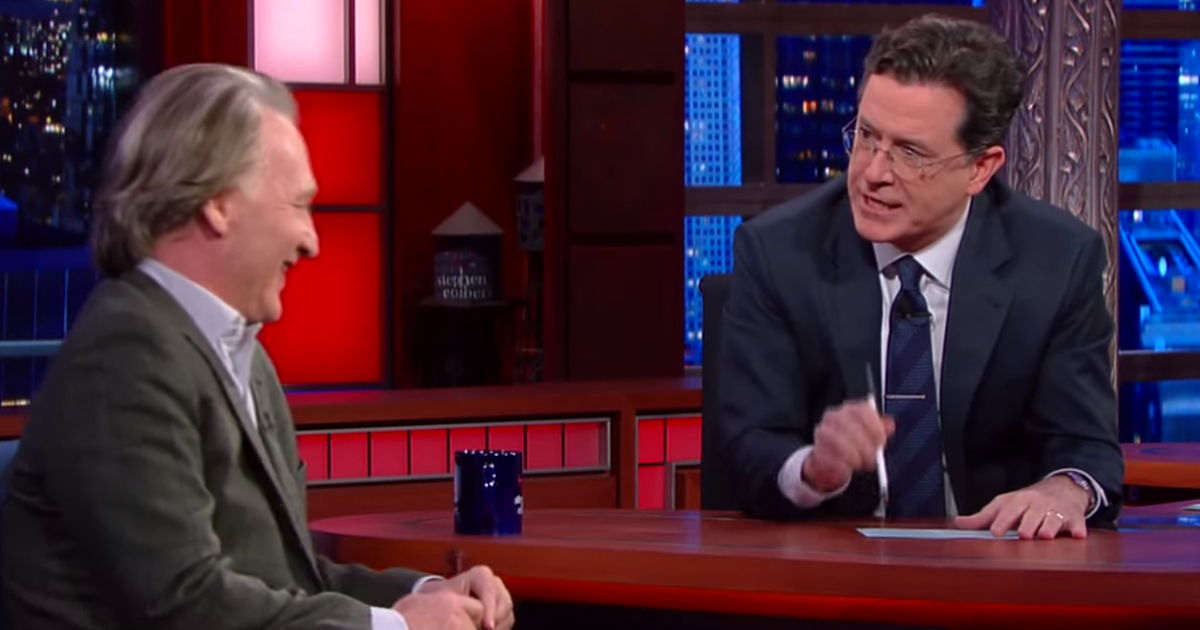 Bill Maher joined Stephen Colbert last night to talk about the Republican response to the Paris attacks and his own personal thoughts on how to eradicate ISIS once and for all.

Maher began by saying Medal Of Honor recipient Col. Jack Jacobs, who appeared before him on the show, should be made a general for calling out the GOP on the realities of going to war with ISIS. "You hear a lot, especially from the Republicans -- just the name gets a laugh," Maher said, as the audience howled at the GOP. "That, you know, we need to wipe them out." He specifically called out Ted Cruz who Maher called a "chicken hawk with a law degree."

"Just the idea that you can wipe them out. This is the old Vietnam model: body counts," he said recalling Nixon's war strategy. "You can't wipe people off the map. That's not gonna happen. What you have to do is wipe out the idea.

"It would be one thing if the terrorists did not share ideas with lots of mainstream people who follow the Islamic religion. But they do. Unfortunately, if I said to you, 'Well, if only ISIS believed that anyone who leaves the religion should be killed,' well, then maybe we can finally kill all of ISIS. But what if that's 20-30-40 percent of all Muslim people in the world? You're not going to kill all of them are you?"

Maher went on to say that it is the ideas that must change, specifically citing the role of women in the religion and the belief that LGBT people don't deserve to live. Those are all mainstream Muslim ideas, according to Maher. "And unfortunately, liberals have to say 'No quarter for those kinds of ideas.'"