Charlie Sheen announces he's HIV-positive: "I release myself from this prison today" 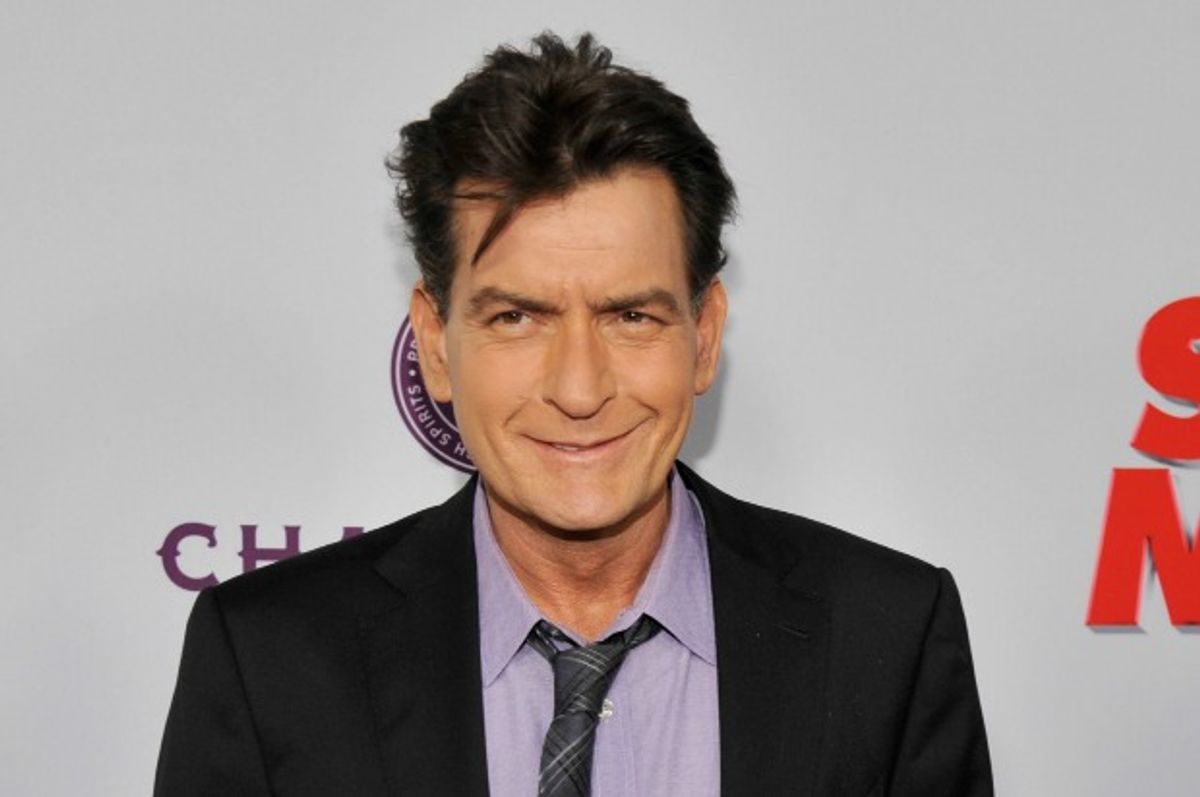 After reports surfaced yesterday that actor Charlie Sheen would reveal his HIV diagnosis during a live interview with "Today" anchor Matt Lauer this morning, Sheen did just that. "I'm here to admit I am in fact HIV-positive," the former "Two and a Half Men" told Lauer. "I have to put a stop to this onslaught, this barrage, these attacks of sub-truths," Sheen continued. Sheen appeared to be referring to the swirl of rumors surrounding a National Enquirer story that broke yesterday saying that Sheen is HIV-positive. Sheen told Lauer he doesn't know how he contracted the virus, and he says he never used intravenous drugs.

Sheen told Lauer that he was diagnosed about four years ago. "It's a hard three letters to absorb," Sheen said. "It's a turning point in one's life."

Sheen also revealed that he has been blackmailed and extorted by people he trusted, which put him in the position of having to go public with a revealing interview, which he says will put a stop to the blackmail. He estimates he's paid out "into the millions" and that those payments are "enough that it's depleted the future," citing sex workers who once they became aware of his diagnosis, "my truth became their treason."

"I always led with condoms and honesty when it came to my condition," Sheen said. "I trusted them. They were deep in my inner circle."

"I release myself from this prison today," Sheen said, referring to the cycle of blackmail.

Lauer then fired off a series of questions about transmission. Sheen said it was "impossible" that he had transmitted the virus to any partners, and that he always told his partners before sexual encounters. He also said he had had unprotected sex since his diagnosis. "But the two people I did that with were under the care of my doctor, and they were warned ahead of time."

UPDATED: A second segment aired with Sheen and his physician, Dr. Robert Huizenga, who said that Sheen's treatment has suppressed the HIV virus "to the point where he is absolutely healthy." When Lauer pressed for clarification on rumors that Sheen was living with AIDS, Huizenga replied, "Charlie does not have AIDS. He is healthy, he does not have AIDS."

Lauer: "Are you still drinking?"

Lauer returned to ask Sheen if he is worried about lawsuits, or even criminal charges in the event that he did have sex with someone without divulging his status. "Having divulged it is the reason I'm in the mess that I'm in with all the shakedowns," Sheen responded.

Sheen then revealed how he told her daughter Cassandra about his diagnosis recently. "I felt bad. It hit her hard, but she recovered. She's tough like her dad."

Sheen also reveals that his two ex-wives, Denise Richards and Brooke Mueller. He and Mueller divorced in 2011, which is within the time period when Sheen was diagnosed. He says he immediately called Mueller and told her she should be tested.