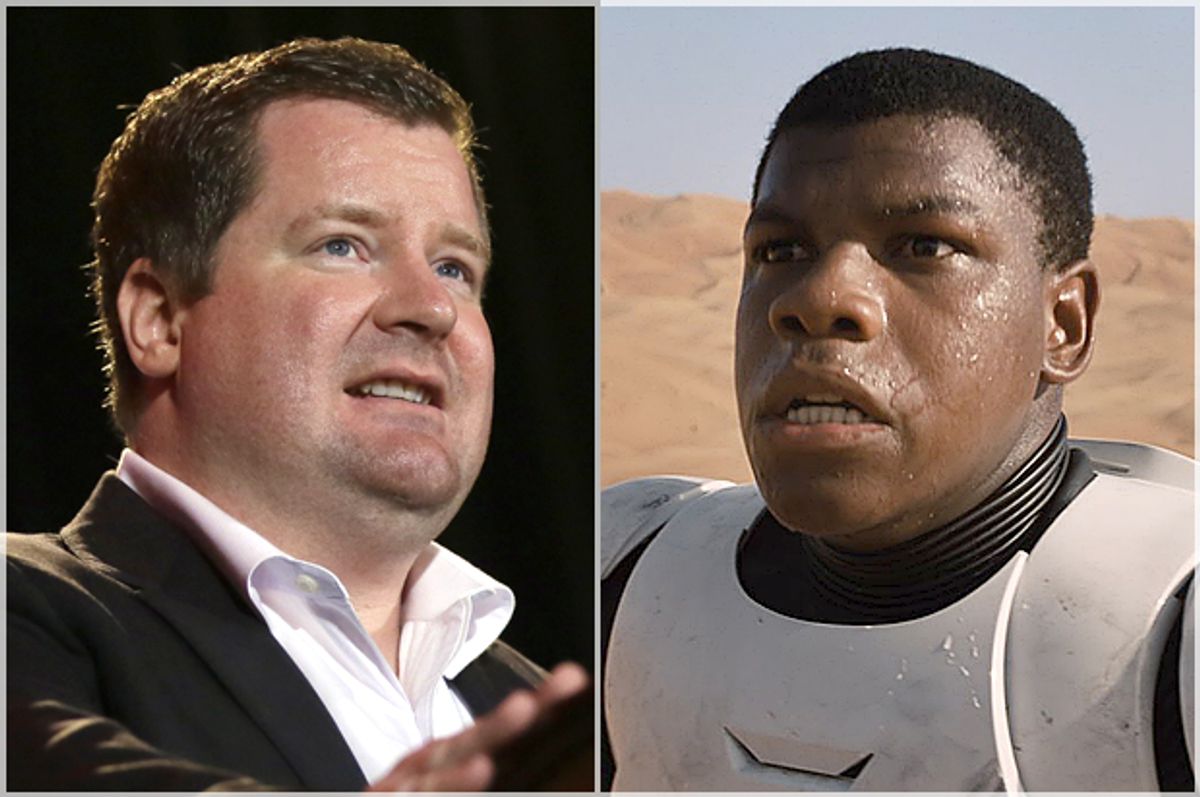 Proving yet again that when conservatives speak of "a good guy with a gun," they invariably mean "a white guy with a gun" -- non-white people with guns being inherently dangerous and untrustworthy, etc. -- conservative radio host Erick Erickson announced that in the wake of the tragedy in Paris, he would not be seeing "Star Wars: The Force Awakens" on opening weekend because "there are no metal detectors in American theaters."

This declaration sits in stark contrast with earlier statements made by Erickson on the topic of gun control. As Rob Patterson noted on Twitter, when the subject of gun violence arises, Erickson typical espouses what he calls "common-sense gun control," which of course entails the elimination of "gun-free zones."

"The best gun control in this country is an armed, honest citizenry who can shoot straight," he wrote. "Instead of gun-free zones, we should allow law abiding, concealed carry permit holders to go where they wish with their guns."

Unless, of course, Erickson wants to see a highly anticipated science fiction in the wake of a terror attack -- in that case, not only must movie theaters be declared gun-free zones, that declaration must be enforced by the presence of metal detectors. It's almost as if he only supports the idea that "[t]he best gun control in this country is an armed, honest citizenry" when it's not his actual person at risk.