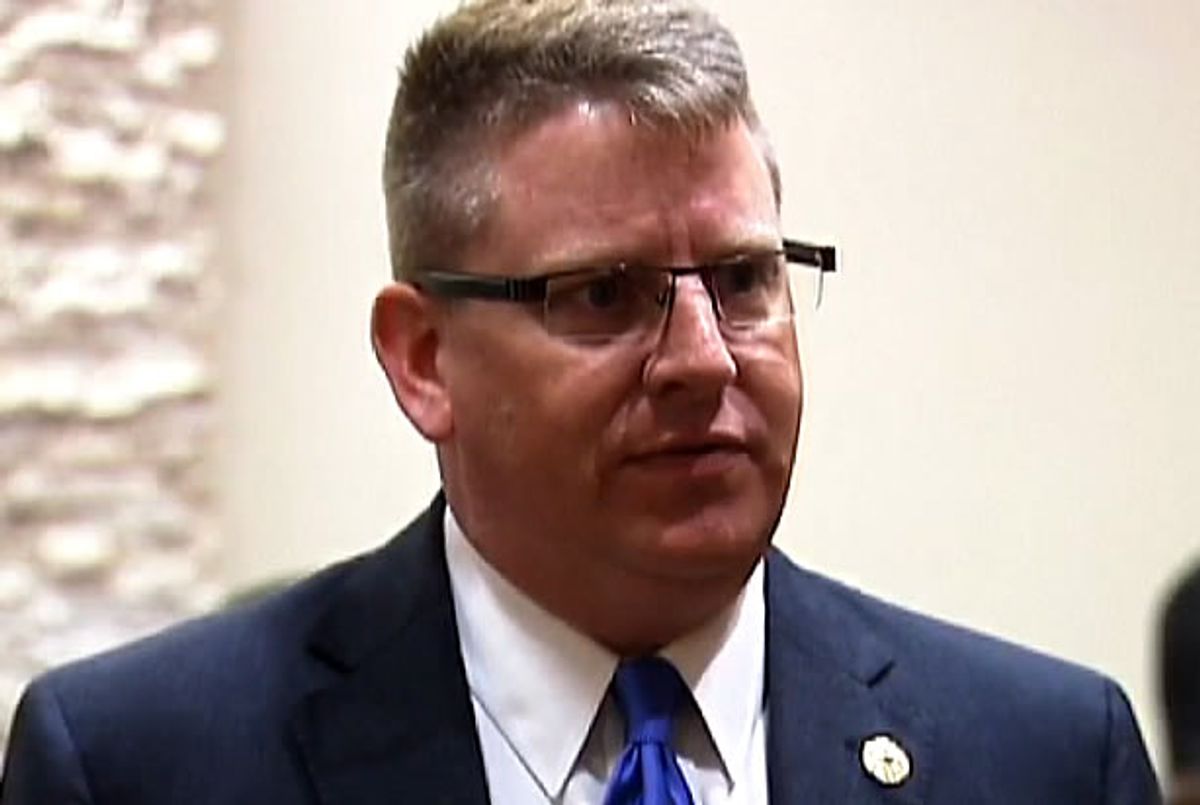 In a letter to Texas lawmakers, State Representative Tony Dale (R-Cedar Park) argued that the state should not accept any Syrian refugees because its lax gun-purchasing regulations would make it easy for any terrorists hiding among them to acquire a weapon and carry out an attack.

Why are those gun-purchasing policies so lax? Because legislators with "A" ratings from the NRA, like Dale, have effectively prevented the state from implementing any effective gun control legislation for the better part of two decades.

As ThinkProgress' Josh Israel noted, Dale "and his colleagues in the state legislature have blocked mandatory background checks for all gun purchases." Combine the lack of a mandatory background check with what Dale, in a letter to Senator Jon Cornyn, characterized as an insufficiently "robust" screening process and it's not difficult to "imagine a scenario were [sic] a refugees [sic] is admitted to the United States, is provided with federal cash payments and other assistance, obtains a drivers license and purchases a weapon and executes an attack."

Dale's hypocrisy here is stunning, but utterly predictable -- his definition of "a good guy with a gun" actually boils down to "a white Christian with a gun."

Moreover, he's unwittingly advocating a policy of almost unimaginable cruelty -- better a white Texan have easy access to firearms than a Syrian refugee be afforded shelter from a murderous regime. If that's what's required to defend the mansion on the hill, the question becomes, is it even worth defending anymore?

Watch a report on Dale's decision below via Fox 7 Austin.