Watch Kendrick Lamar crash a wedding to dance: A clueless guest orders him to "get the f*ck out"

Yes, he kicked out Kendrick Lamar. All we have to say is: "Big mistake — BIG" 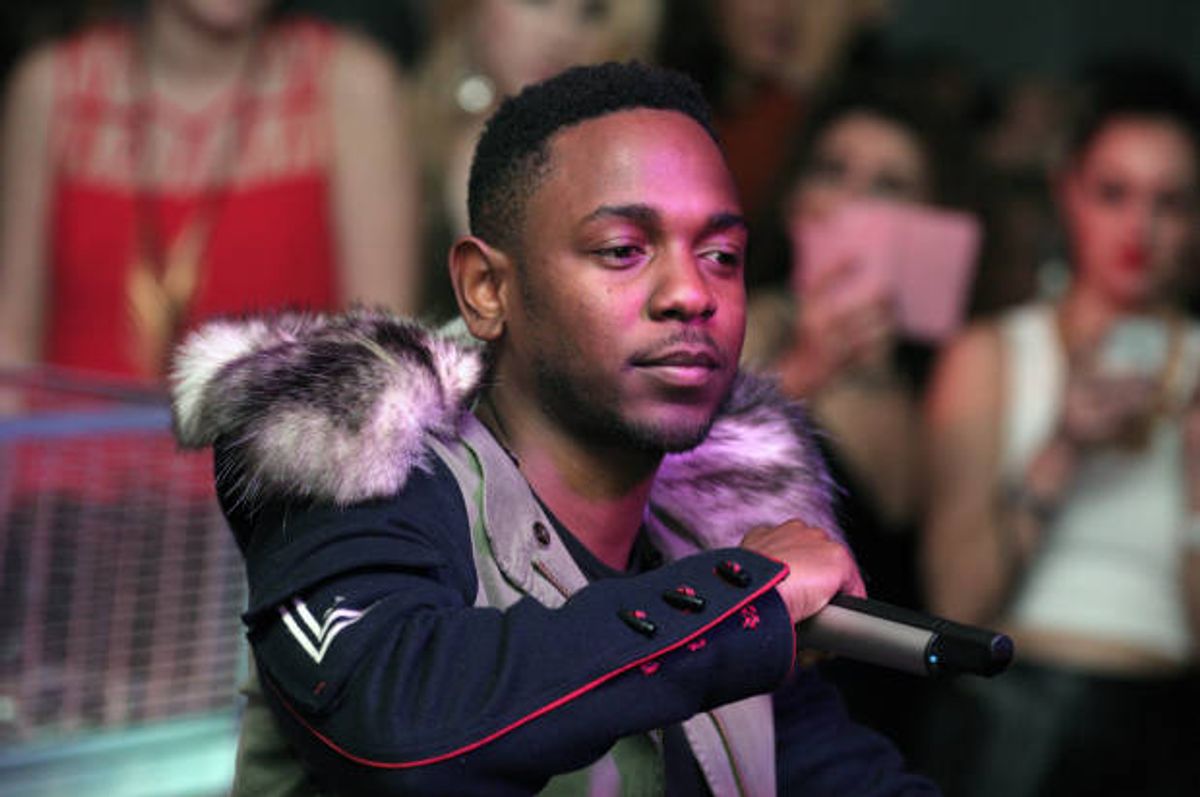 Not everyone was thrilled when Kendrick Lamar suddenly appeared on the dance floor of a random wedding party in Columbus, Ohio last month. Sporting serious "dab" dance moves, the multiple Grammy Award-winning artist unapologetically grooved to Whitney Houston's "I Wanna Dance With Somebody."

A TMZ video revealed that instead of being grateful to Lamar for enlivening a rather stilted scene, one guest demanded several times: "You guys in the party? Who got married?" The irate guest in the video can also clearly be heard ordering Lamar to "get the f**k out."

Thankfully, according to TMZ, someone eventually identified Lamar — but not the guest who wanted to kick him out, whose face was blurred out in the video. It's hard to believe that he wanted to boot Lamar, but not the guy prancing in the weird bear-cum-Jason-cum-Ninja-Turtles outfit??

Check out the clip below: