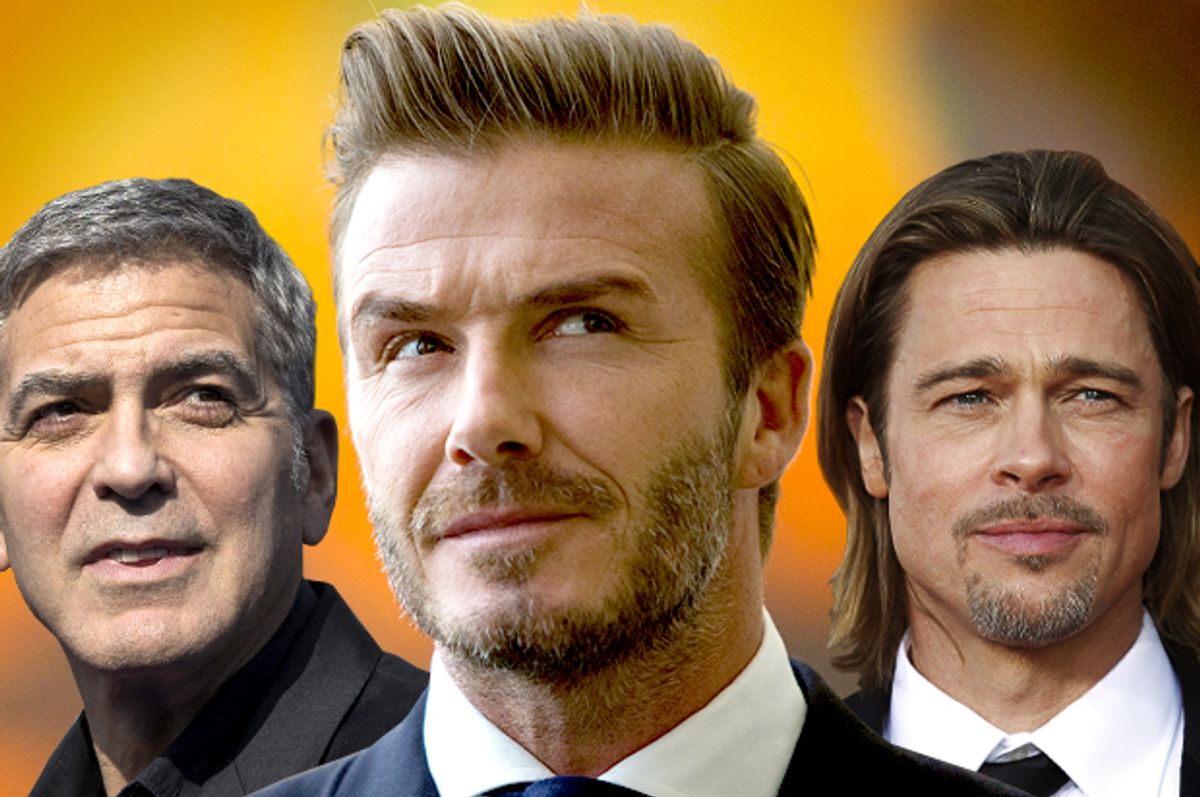 The last time People magazine picked a person of color as their Sexiest Man Alive, Bill Clinton was still president. "ER" was the biggest show on television. The music of Jewel was making mothers everywhere cry in their cars. Jaden and Willow Smith weren’t even born yet.

That was 1996, when People chose Denzel Washington to headline its yearly list of the hottest celebrities. Mel Gibson was People’s first honoree back in 1985, and in the years following, a lot of other white faces graced the cover of People—Tom Cruise, Harry Hamlin, Patrick Swayze, Sean Connery, and Brad Pitt (who has been picked twice). Choosing Washington was groundbreaking but somewhat expected: The symmetrically-gifted actor had just come off a breakout year in 1995, starring in "Virtuosity," "Crimson Tide" and "Devil in a Blue Dress," with starring roles in "The Preacher’s Wife" and "Courage Under Fire" the following year.

While Denzel might have made history, it’s a choice the magazine has yet to replicate—despite the vast array of people of color who have proven themselves as hot commodities. In 2013, the cartoonishly ripped Dwayne “The Rock” Johnson was the biggest star in the world and considered a frontrunner for People’s top spot this year. Nope. Will Smith was the U.S. box office during the late 1990s and 2000s—with massive hits like "Men in Black," "Hitch" and "I Am Legend" under his belt. Never chosen. Vin Diesel—who has made America feel funny down there since stripping down a decade ago for "xXx"—has the second biggest Facebook audience any celebrity (behind only Barack Obama). Not a chance.

You could make similar cases this year for "Grey’s Anatomy" heartthrob Jesse Williams or Idris Elba, the suave British actor who is everyone’s choice to play the next James Bond, but it doesn’t matter. This year, People selected a retired British soccer player who hasn’t been relevant in half a decade, but it doesn’t really matter who they picked. The magazine could choose a water buffalo, a hand with a mustache drawn on it, or even Nick Nolte (remember, that happened!), but People’s Sexiest Man Alive will, clearly, not be a person of color. Denzel was a freak fluke. The editors must have been mixing medications that week.

I wrote about it last year, and guess what, I’ll probably be writing about it next year. If I’m feeling lazy on November 18, 2016 or haven’t had my coffee yet, I could likely just copy and paste this article to save time. It’s clearly about the same level of thought the folks behind People are putting into their magazine’s politics.

This might seem silly to raise an eyebrow over, but only picking one person of color in the entire history of People’s most iconic issue matters. While the magazine bills its choice as the “sexiest” male celebrity, the register acts a log of the public’s dream boyfriends—or those BFs as chosen by the mothers, housewives, and retirees of middle America (see: Adam Levine). Black bodies are often objectified and oversexualized by the media, but too rarely are they portrayed in the same classic, romantic way we allow for white men. Idris Elba doesn’t get to be billed as our fantasy beau or our future husband; if author Anthony Horowitz notoriously argued that the actor’s ruggedness makes him unfit to be Bond, perhaps People thinks he’s “too street” for your mom, too.

But that’s not just a media problem. While statistics from the Pew Research Center show that millennials are the most accepting group in history when it comes to interracial relationships, that doesn’t always translate into our personal lives. On gay dating apps like Grindr, users often place disclaimers like “No Blacks” on their profiles—offering a barrier to entry for people of color looking for connection on the service. As the Daily Beast’s Samantha Allen powerfully put it, these “phrases aren’t… just words that you’d find on old signs in a civil rights museum, they are an unavoidable and current feature of your online dating experience.”

On services like OkCupid and Tinder, women of color have faced similar issues. As a 2009 report from the site detailed, “black women reply the most, yet get by far the fewest replies. Essentially every race… singles them out for the cold shoulder.” In an article for Vice, Charlie Brinkhurst-Cuff explained that when she does get messages from men through online dating services, it’s primarily motivated by tokenization or sexual fetishes. “I'd love to have sex with a black girl,” one Tinder match bluntly told her. “I've never been with one before. You in?” Despite matching with numerous prospective suitors, she’s only been on two actual dates from the service—because the conversation always gets derailed.

While you can delete an app from your phone, you can’t so easily remove racism from your life. People of color, including Latinos and Asians, get sent these messages every day—both on dating apps, in the media, and in real life—and they drastically limit what we see as possible for ourselves. It’s a self-defeating cycle: We don’t see Dwayne Johnson or Idris Elba as our dream boyfriends because, well, we don’t see them as our dream boyfriends. Outlets like People should be pushing those boundaries by giving America new possibility models for their lives and relationships. Putting Vin Diesel on the cover of People as America's Fantasy Boyfriend won’t make Grindr users less racist, but it can force us to think about who we find desirable and why.

You might not think your mom would be into Idris Elba, but trust me, she’ll just be happy that it’s not Nick Nolte again.