Jindal wanted GOP not to be party of stupid. "Apparently not!" says Colbert. "Offensive and bizarre" have the lead 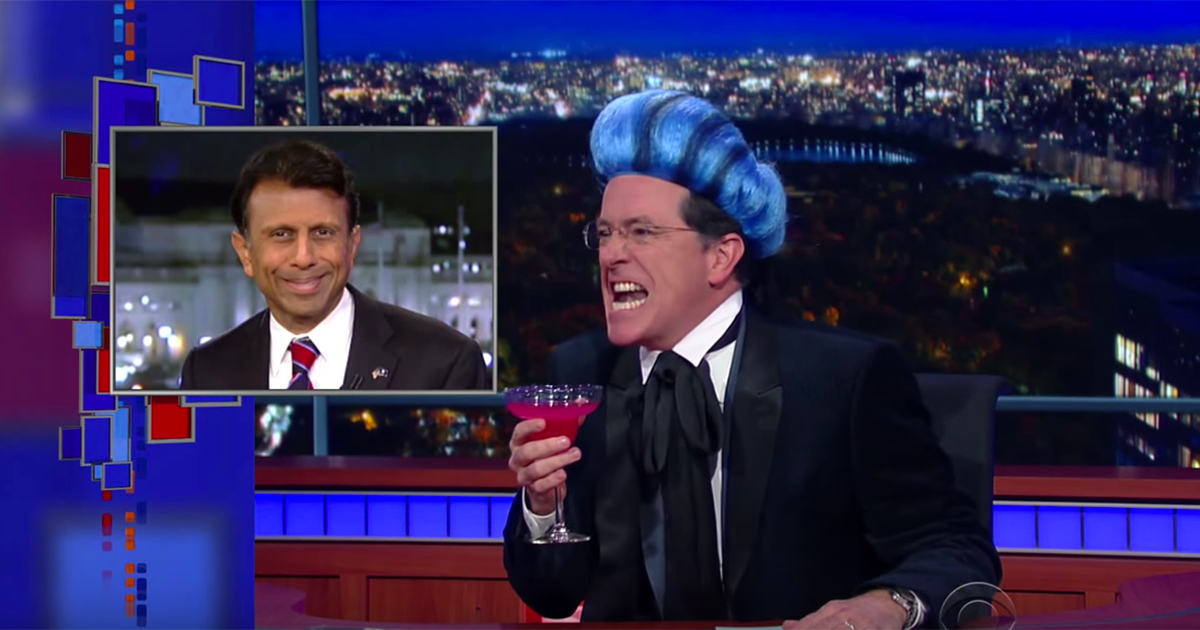 Stephen Colbert, dressed as Caesar Flickerman from "Hunger Games" (except not, for copyright purposes) bid a mournful adieu to former presidential candidate Bobby Jindal on Wednesday night's "Late Show." Jindal decided it was not his time late on Tuesday afternoon once he failed to register anywhere above one percent for the entirety of his candidacy despite some epic pandering.

In the "Hungry for Power Games," the tributes were assembled as Colbert remarked on their  "smiles as tight as tight as a snare drum. So full of promise and Iowa corndogs." But, alas, it was time to send yet another candidate "to that great pancake breakfast in the sky."

Colbert ran a clip of Jindal's speech to the Republican National Committee's Winter Meeting in 2013 where he told the party they "must stop being the stupid party... I'm here to say we have had enough of that!"

"Apparently not!" Colbert joked. "Because offensive and bizarre are in first and second place," and photos of Donald Trump and Ben Carson appeared.

Who could forget Jindal's announcement video that was filmed like a reality show with cameras hidden around his backyard while his wife and he told the kids he was running. Colbert joked that filming the video behind a tree limb was "the closest he'll get to the executive branch." He then showed Jindal's speech revealing "the truth" about Donald Trump, with that same tree branch in front of his face.