"The Daily Show" weighs in on a damning New York Times report and tries to imagine foreign policy under Dr. Ben 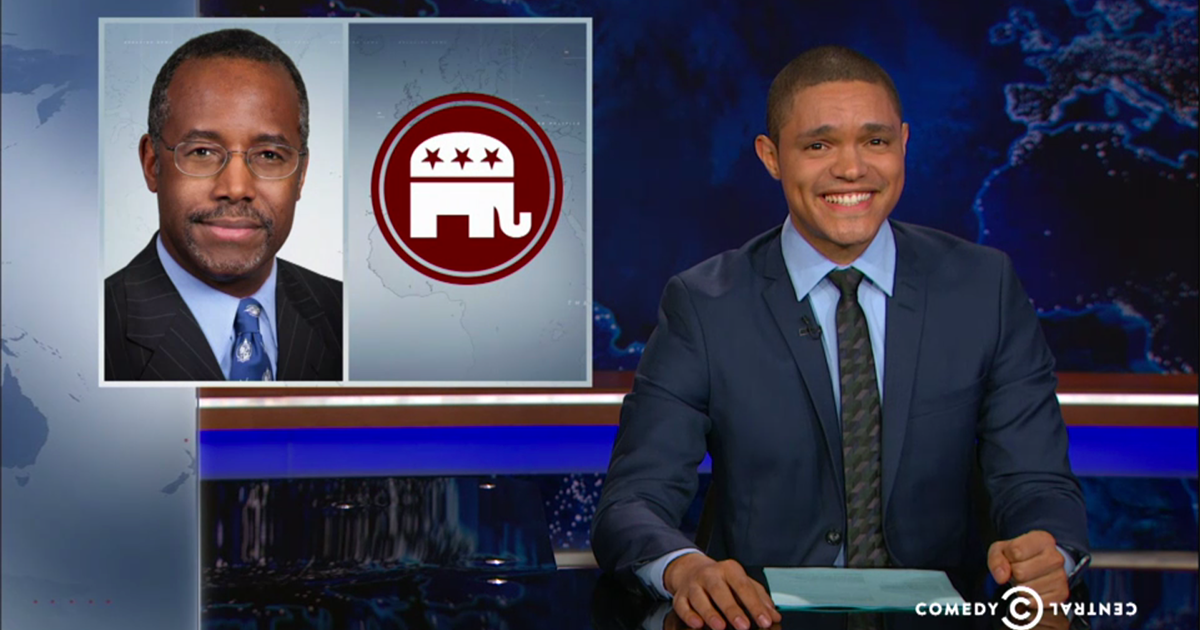 Ben Carson apparently doesn't know anything about foreign policy. Shocking, I know, for the guy who thinks the pyramids were used as grain silos. He was asked three times for the first person he would have called after the Paris attacks if he's been in office. He couldn't answer the question.

Trevor Noah had some fun with that on Wednesday night's "Daily Show," saying these issues are really complex and you can't change the way a person thinks. That's really left up to a neurosurgeon. After advisor Duane Clarridge made a few truthful comments outing Carson as lacking the foreign policy chops to debate on his feet, the campaign denied that the adviser was ever actually an adviser. Well, except for that time they used him to help with an op-ed in the New York Times.

"He is a person who has come in on a couple of our sessions to offer his opinions about what was going on," Carson said in an interview trying to distance himself from the non-adviser adviser.

So, basically that's like "I don't think of myself as a surgeon; I’m just a guy people pay to stab their brain until they’re healthy," Noah joked.

The campaign actually disavowed Clarridge as "an elderly gentleman" a comment Noah felt was "dickish." That's a decent characterization when a presidential candidate uses "elderly" as a derogatory term to imply someone doesn't know anything. Kind of like if we coined the phrase "Carson" to be synonymous with being an ill-informed, featherbrained, ditz on foreign policy matters. Such as: "Huckabee just Carsoned his way through that question on ISIS" or "That governor is Carsoning his response on refugees."

He then played the hilarious clip of Chris Matthews on "Hardball" nearly dying with laughter when Carson openly pondered if a Palestinian territory should be in Israel, or if perhaps they could instead "slip it into Egypt."

"'Can’t you just slip it into Egypt?'" Noah asked. "You think the Egyptians won’t just notice him walking in with Palestine?"

Check out the hilarity below: