Apple Music's woman problem: Jimmy Iovine teaches a master class in how not to try to sell music to women

This woman is more than capable of discovering music without the help of a man or Apple, thanks 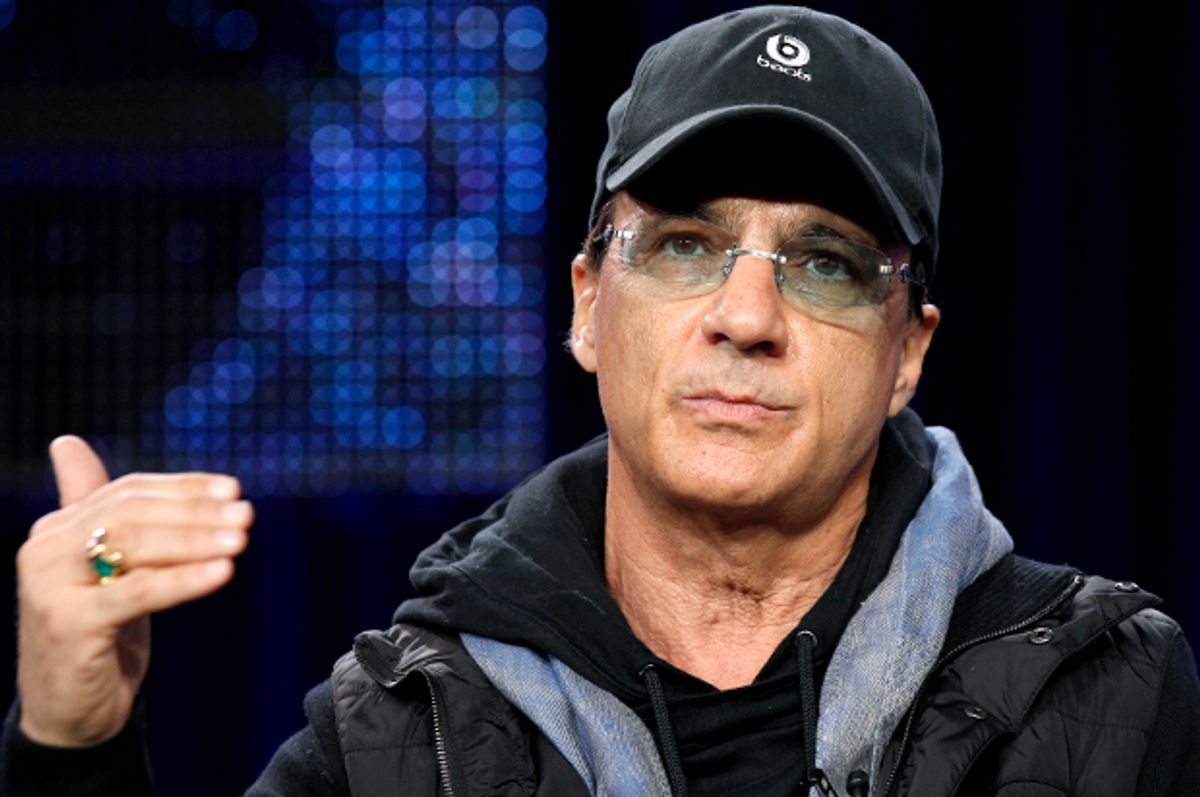 Few things compare to falling in love with a band or song. Like any other love affair, there’s that first attention-grabbing moment -- maybe a heartbreaking violin introduction -- or a lyric you can’t get out of your mind. An album can become a best friend to get you through a breakup (I’m looking at you, The National), offering sound and solace like rain drops on a window.

There’s a comfort to finding that one band, album, song or playlist that makes you feel connected to something greater. It’s the dare to do something bold with your friends, or the reassurance that it’s okay to mellow out for a while. You just have to know where to look.

Thankfully *exhales in sheer relief* streaming services are now available to find music for women, because we’re obviously too busy trawling for or crying over boys to find it ourselves -- at least according to Apple.

Apple Music’s Jimmy Iovine gave an interview yesterday with CBS’ “This Morning” where he attempted to promote Apple’s streaming music service, but ultimately insulted women everywhere. According to Iovine, he “always knew women find it very difficult at times to find music. And this helps make it easier with playlists, curated by real people.”

What would we womenfolk ever do without big strong men like Iovine to show us the way? I mean, it’s hard to find music out there. Especially when we’re distracted by warding off blatant sexism and condescension.

Iovine went on to say, “I just thought of a problem: girls are sitting around talking about boys. Or complaining about boys! They need music for that, right? It’s hard to find the right music. Not everyone… knows a DJ.”

Lucky are we to have men like Iovine around to score our mindless conversations about boys. The arrogance of Iovine’s asinine statements is galling, not to mention misinformed. A 2013 Nielsen study found that women buy more music than men, so clearly we have some idea where to find it. The belief that women need men, or any other kind of service, to find music is antiquated in its sexism and trivializing to a consumer.

Apple is clearly trying to appeal to women, which I admit is a nice thing to do, but going about it the wrong way. So wrong.

To help boost the new streaming service, Apple enlisted Kerry Washington, Taraji P. Henson and Mary J. Blige to star in promotional ads and make appearances alongside Iovine. This triumvirate of badass women was a wise move — each embodies what we think of when we think of capable, independent and stylish women. I mean, I’d love to have Kerry Washington send me a playlist.

In one commercial, directed by Ava DuVernay, Washington, Henson and Blige get down at a dance party in a living room. The commercial is shot beautifully, and by all accounts successful as an ad for its initial relatability. I have dance parties with my girlfriends often, so Apple Music might succeed in piquing my interest.

And then comes the speaking parts. “It’s like a boyfriend that makes you a mixtape, in your laptop,” says Washington.

While I remember the romantic sentiments involved in mixtape making back in high school with wistful nostalgia, it’s not really something I value much anymore. I enjoy trading music with men I know, but don’t rely on them to mold my musical preferences. Part of the fun of giving or receiving music suggestions is revealing a piece of your identity. Pawning the act of music selection off on my boyfriend just seems silly and lazy.

The implication of Apple Music’s marketing attitude towards women is disappointing. It’s a perfect example of a company -- operated primarily by men -- attempting to make decisions for women. It’s discouraging that such an influential company, the same one who listened to Taylor Swift (a woman), would take such massive steps backwards.

After the backlash of Iovine's statements sent people into a frenzy, he issued an apology. "We created Apple Music to make finding music easier for everyone -- men and women, young and old. Our new ad focuses on women, which is why I answered the way I did, but of course the same applies equally to men. I could have chosen my words better, and I apologize."

The apology was the right thing to do, but the damage remains.

Maybe I don’t know the best/most underground/whatever platform to find my music. But I can tell you this, I now know to look elsewhere.