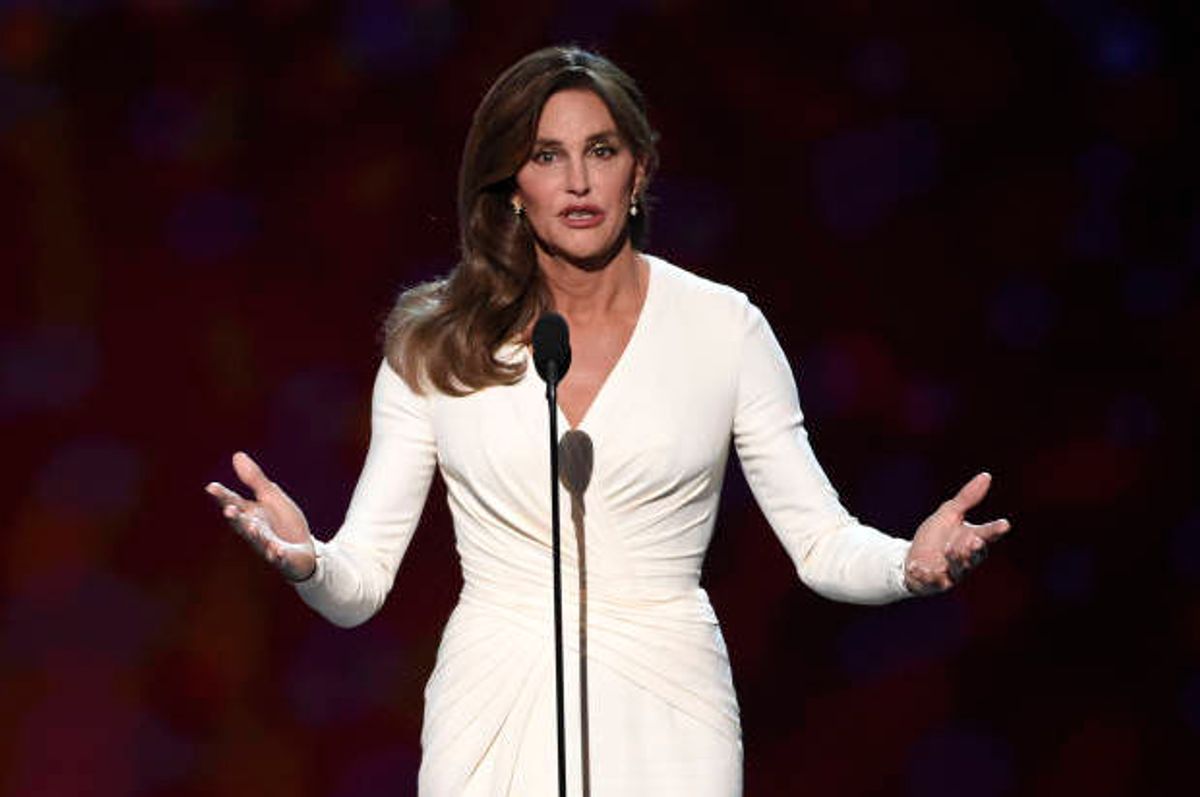 2015 was a history-making year for transgender people—with Caitlyn Jenner’s interview with Diane Sawyer bringing national visibility to trans lives. But while 20.7 million Americans watched a famous Olympian—known for that iconic Wheaties box—come out to millions of Americans, trans folks were being murdered at gruesome, historic rates. An estimate from Planet Transgender shows that a trans person is killed every 29 hours, and this year, the trans community lost women like Elisha Walker, Candis Capri, and Keyshia Blige, a 33-year-old living in Aurora, Ill., who was misgendered in news reports after being shot to death in a drive-by.

These stark dichotomies—increasing acceptance during a time when trans women are the victims of hate crimes at unspeakable rates—is behind the dual meaning of the yearly observation of TDOR, often known as the Transgender Day of Remembrance. Started in 1998 following the death of Rita Hester, who unbelievably survived being stabbed 20 times before suffering a heart attack on the way to the hospital. According to the Daily Beast’s Samantha Allen, her murder was the catalyst “that started a movement.“

In the 17 years since, Hester’s shocking death has too often become the norm for women across the world. As the Advocate’s Sunnivie Brydum reports, 87 trans women have been murdered so far this year (remember, 2015 isn’t over), with disproportionate numbers of reports coming from the United States and Brazil. (Thus, these figures do not account for deaths that go unreported.)

These statistics even more harshly affect women of color, who account for two-thirds of hate crimes motivated by gender identity, according to a 2013 survey from the National Coalition of Anti-Violence Programs (NCAVP).

In the face of this high risk of violence, the other meaning of TDOR shines a spotlight on a community that’s both mourning those who have passed and those who are persisting in the face of struggle and hardship: the Trans Day of Resilience. When it comes to the women were horrifically, brutally slaughtered, we should #SayHerName, as black people working for justice did following the death of Sandra Bland. But we should also say the names of the many transgender women and women of color who are alive—women like Janet Mock and Laverne Cox, who are possibility models showing trans folks can not only survive but thrive.

Events like the yearly Trans 100 have long argued this by spotlighting community members doing inspiring work across the country. These aren’t just the well-known heroes but the activists and people working behind the scenes to create a better future for trans people everywhere. Co-founded by Jen Richards, creator of the upcoming Her Story webseries, and Antonia D’orsay, executive director of This Is How, the list honors non-profit workers, artists, and educators In 2013, its inductees included names from Matrix director Lana Wachowski and GLAAD’s Jenny Boylan to Andre Perez, the founder of Chicago’s Trans Oral History Project.

As BuzzFeed’s Saaed Jones argued at the time, these are important names that every American should know. At that inaugural ceremony, Janet Mock—the host of MSNBC’s So Popular! and best-selling author of Redefining Realness—explained why: “I am here tonight because of the 99 other names on the inaugural Trans 100 list and the unrecognized thousands who are not on this list whose quiet acts are changing lives.”

But for trans lives to be of value, transgender folks don’t have to be on the front lines of activism or creating a blockbuster film. Each of us should have the opportunity to say the names of the loved ones or friends who are transgender and inspire us to be more understanding, educated, and inclusive in our own lives. The simple act of visibility itself is important work that doesn’t go recognized enough, the trans people who are working for equality by being themselves in their daily lives—whether that’s riding the subway, going to a grocery store, or coming out to their friends and family.

According to 2013 statistics from the Public Research Institute, just 9 percent of Americans say that they know someone who is transgender, but those numbers are changing. And there’s a reason for that: 2015 has faced numerous setbacks—like the failure of Houston’s Non-Discrimination Ordinance (HERO), which allowed for sweeping LGBT protections in public accommodations; the bill voted down over conservative hand-wringing that it would allow “gender-confused men” access to women’s restroom to spy on ladies using the toilet. However, there also continue to be numerous victories.

But no matter how many roadblocks trans people face on their long fight for equality, increasing numbers of trans people come out every year, giving people to opportunity to know them. If research from the National Center for Transgender Equality suggested that 12 percent of trans individuals are not out to a single person, that’s a lot of closet doors waiting to be opened. While the world needs more people like Janet Mock and Caitlyn Jenner, we all need heroes in our daily lives—whether that’s showing other trans people it’s OK to come out or modeling what acceptance can look like outside of the trans community.

We should say the names of the dead, but we should scream the names of the living right along with them. In a culture where murder and violence is too often the norm, the most important act of resilience is continuing to be yourself.