Trevor Noah's direct hit on GOP field: "Well, it depends. How sh*tty are your kids?"

Direct hit: "You know, maybe you could try expressing that thought in a less callous way" 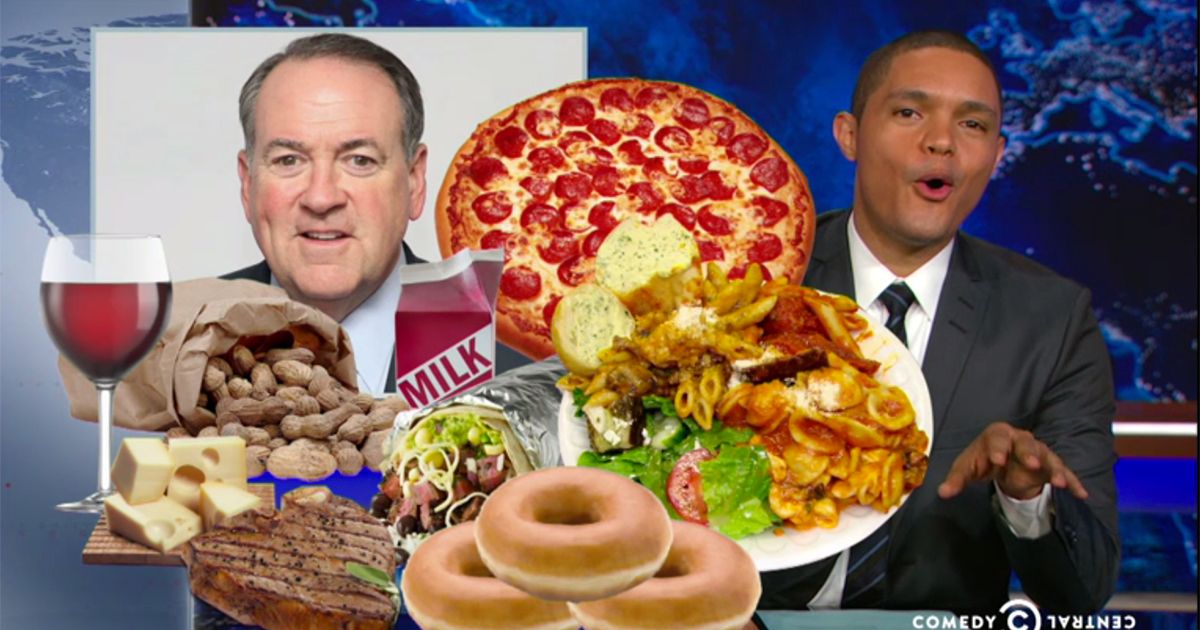 Trevor Noah picked up on Mike Huckabee's food analogies on Thursday night's "Daily Show." Maybe the presidential candidate is back on a strict diet denying himself the rich foodie goodness he craves. That would certainly explain why he's being such a dick to Syrian refugees lately.

This week, Huckabee compared Syrian refugees to "a five-pound bag of peanuts" with a few poisonous ones,

Huckabee wanted to know if somewhere in that five-pound bag of peanuts there were a few poisonous ones, would you still feed them to your children? "Well, it depends. How shitty are your kids?" Noah said. "Because if they’re the kind of people who compare suffering refugees to tainted peanuts, then maybe."

"I understand your position is that the possibility of a few dangerous refugees means that we shouldn't admit any of them in. But, you know, maybe you could try expressing that thought in a less callous way."

But maybe he can't. Maybe he's stuck in this never-ending cycle of bad food analogies that make you want to barf. Huckabee even called the GOP field "the Golden Corral of politics." Noah asked, "What does that even mean? Whatever you choose, it’s all gonna make you sick?"