Second Amendment time-traveling: If only the framers could have envisioned the NRA 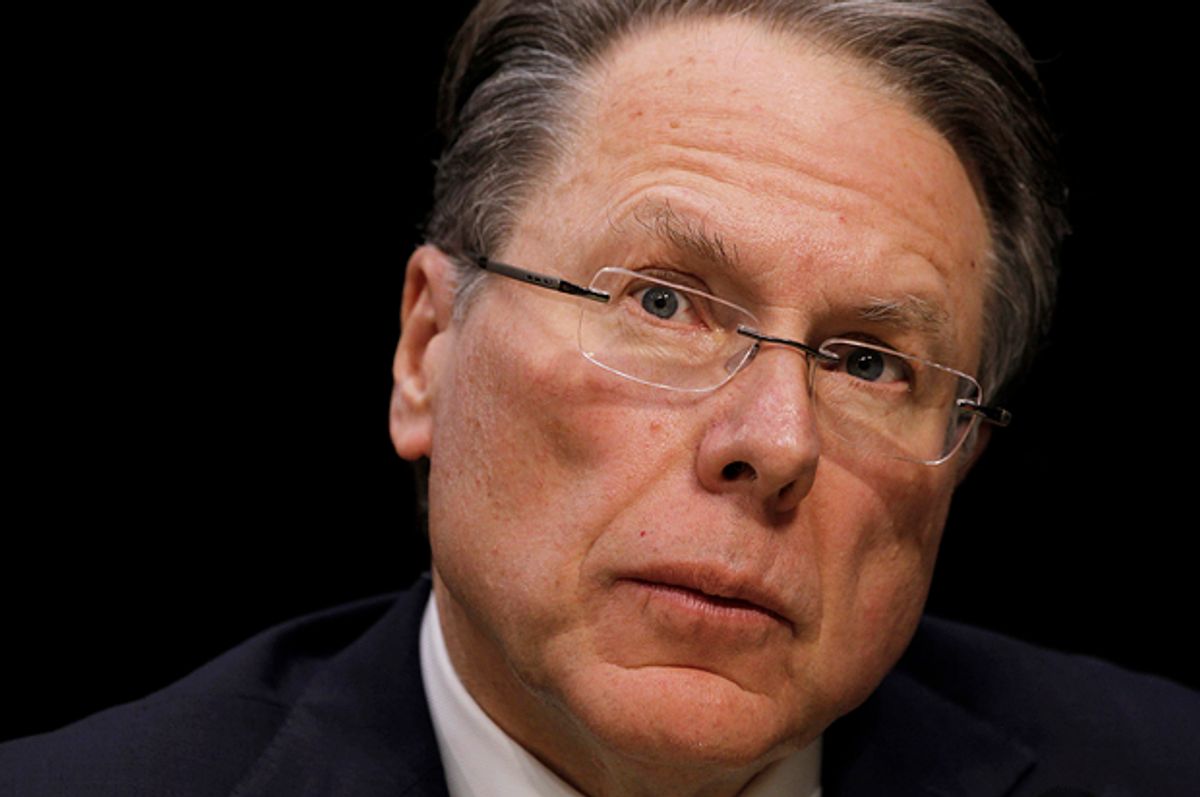 Imagine it's 1787 and I am a delegate who has time-traveled from 2015 to consider the adoption of the Constitution (as amended today). I argue for and against the Second Amendment from a more prescient perspective, given the degree of gun violence currently plaguing the nation. The style of writing is a bit tongue-in-cheek and should be read with an old-timey accent in mind.

As I sit here on the eve of the Constitutional Convention, the merits of certain provisions in what will likely become the guiding legal document of a nascent nation have come into question. Few aspects of our lives will escape the reach of this founding charter, either as a result of its clearly delineated powers or those stipulations explicitly limiting its powers. The absence of legal standing to effect change through legislation is, after all, just as powerful – if not more so – as the license to build coalitions and govern by consent. If by present decree, I preclude future citizens of their prerogative to address an unforeseen scourge, am I not depriving them of the very right that I am now exercising, the right to vote and affect one’s own fate? With that ponderous caveat in mind, I am left to ruminate on the benefits of the proposed Second Amendment to the Constitution.

"A well regulated Militia, being necessary to the security of a free State, the right of the people to keep and bear Arms, shall not be infringed."

How well regulated is the militia to be, and what does that regulation entail? Moreover, will a militia always be “necessary to the security of a free State,” or may some other measures assure our security in the future, therefore rendering the amendment moot?

Does the “right of the people” refer to a collective right, or is it an individual right? Furthermore, if the militia is to be well regulated, is it not a contradiction in logic that, when disaggregated from the auspices of the militia, people – be they collective or individual in nature – cannot be regulated as well?

And what are the “Arms” in question? Could arms not become miniaturized, so as to be concealed from a constable’s view? And might they become even more technologically advanced than their current iteration? (Recent leaps in rifling technology provided our riflemen with a salient advantage over Red Coats in our revolution.) Might we not, then, be opening Pandora’s box by legally sanctioning future weaponry beyond our current ken, thus impeding the ability of future legislatures to regulate the possession of yet unknown and perhaps far more lethal arms? Moreover, can there be no limitations on the categories of arms to be borne? Will this not engender an unstable environment, a ripe race for the most modern, powerful, and lethal weaponry?

And what of the right to bear arms un-infringed? In the course of civilized conduct, are there not certain grounds we hold hallowed, grounds in which arms have no place? Should criminals be allowed to bear arms? Those seeking to commit harm? Children?

If it is evident that my line of questioning tends toward the dubious, it is because I am skeptical – skeptical of the unintended consequences that may arise from this amendment’s passage. Nevertheless, there are aspects of it that may, under certain circumstances, garner praise. An armed citizenry might stand as a bulwark against tyrannical government, though this in turn makes me question the very nature of our proposed Constitution. Are we not creating a federalist system replete with checks, balances and the separation of powers, the type that strangles tyranny in its infancy? If we are – which I believe to be the case – why, then, do we require an armed citizenry, susceptible to rabble rousing, demagoguery or, worse, capable of individual nullification of the law – and life – via the barrel of a musket?

I have heard some of my esteemed colleagues claim the Second Amendment is also a mechanism designed to protect citizens from would-be attackers. Upon further inspection, this argument does not stand up to the rigors of reason. Due to the mutable nature of arms, a weapon intended for self-defense is also one capable of offense, depending on the agency and intent of its bearer. If arms were to be mounted to the front door of a home to ward off invaders, like cannon to a castle, then, and only then, can my colleagues’ claims be given credence. Instead, the proposed amendment promotes a society in which access to arms is sacrosanct – arms in the street, in the church, in the legislature, in the school, and in the tavern. I simply cannot see the merit to such a perilous proposition.

We fought the revolution for life, for liberty, and for the pursuit of happiness. I must inquire, do we have such little faith in our aptitude for self-governance, as bequeathed to us by the Constitution before us, that we must consecrate into law the one amendment capable of depriving us of all other liberties in an instant – in a flash of a muzzle – this looming right to keep and bear arms?

Jesse Schwartz is a recent graduate of the Robert F. Wagner Graduate School of Public Service at New York University.