Pope Francis declares War on Christmas: The holiday will be a "charade" this year

"There will be lights, parties, bright trees, even Nativity scenes, while the world continues to wage war" 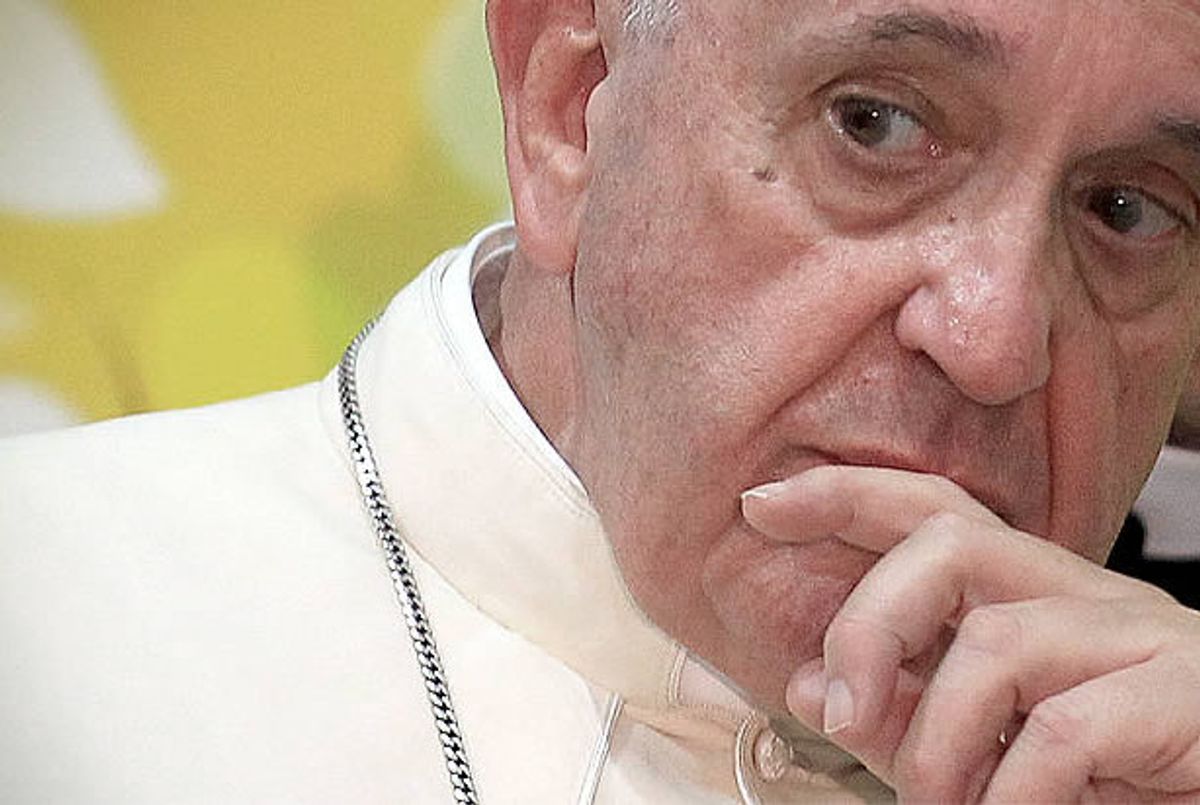 In a speech late last week, Pope Francis came as close to cancelling Christmas as a pope likely ever has, calling the holiday a "charade" when "the whole world is at war," as he currently believes it to be.

"We are close to Christmas," he said. "There will be lights, there will be parties, bright trees, even Nativity scenes – all decked out – while the world continues to wage war."

"What shall remain in the wake of this war, in the midst of which we are living now?" the pontiff asked. "Ruins, thousands of children without education, so many innocent victims, and lots of money in the pockets of arms dealers."

The pope claimed that this state of constant war means that Christmas festivities are "all a charade. The world has not understood the way of peace. The whole world is at war."

"War can be justified, so to speak, with many, many reasons, but when all the world as it is today, at war, piecemeal though that war may be — a little here, a little there — there is no justification."

"God weeps," the pope concluded, "Jesus weeps," for those whose sole purpose on this planet is to wage war, but who cynically deny that that's their intent.