What makes a city sexy? Here's why these 10 cities made the list

Which city's people get laid the most, who's most into kink, who has the longest sex sessions -- read it all here 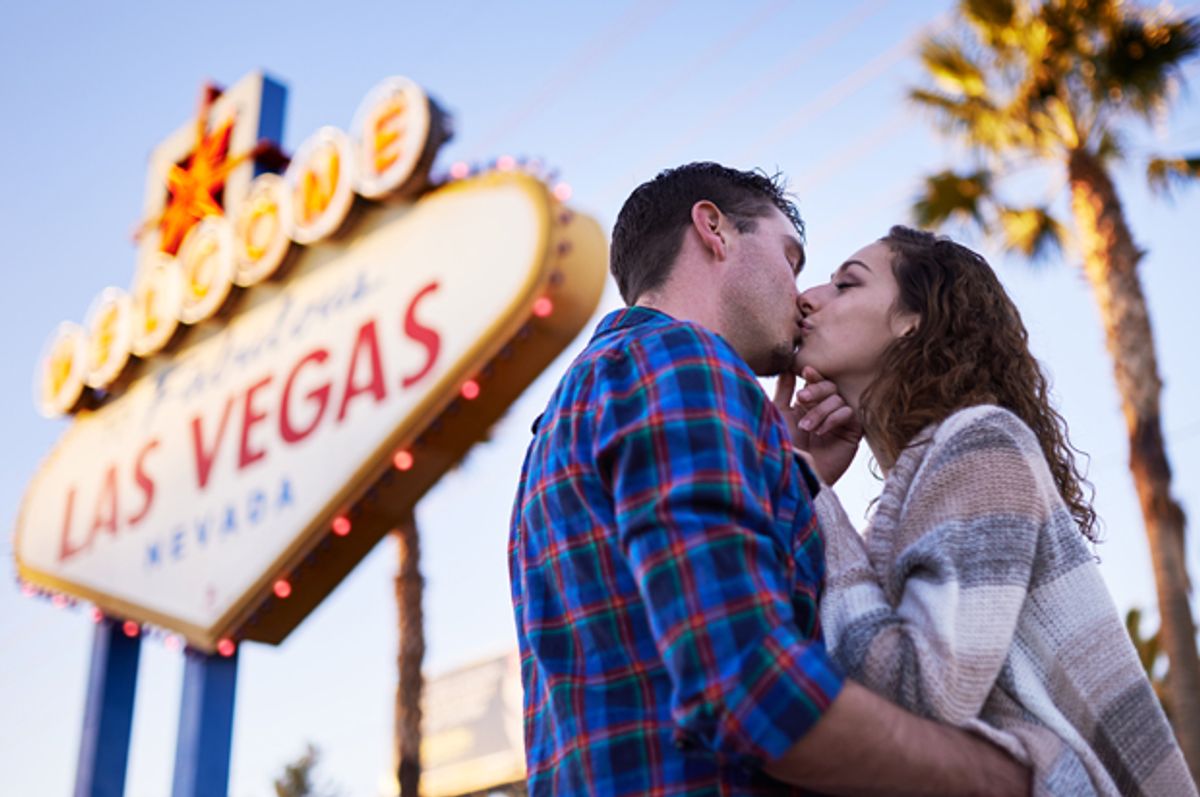 Playboy has finally answered one of our nation's most pressing questions: which is the sexiest city in America?

The company derived its answers from two polls conducted with the help of SurveyMonkey. The first general population study asked participants to rank the country’s cities from least to most sexy. The second inquired about the attitudes and lifestyle of people living in the top five ranked cities.

They managed to uncover some interesting information that expands beyond our borders, too. Like the fact that Canada is a top international destination for both men and women cheaters. Apparently the easy access and lack of linguistic barriers make Canada a choice location to step out on a spouse.

Check out the list below for some of the more interesting findings about the top 10.

Everyone knows New York has tons to offer. There’s a reason some 54 million-odd visitors come to check out the city every year. The Big Apple also has a booming sex culture. Want to get laid by a suit? Go to Wall Street. More into man-buns? Hop across the bridge to Brooklyn.

LA may seem like a more obvious choice for the number-one spot, with its beautiful weather and beautiful people. It even tops New York in the number of bars, restaurants and entertainment venues per 1,000 residents (3.03 versus 2.81). Unfortunately, LA doesn't have convenience on its side. New York’s walkability makes its sexiness all the more accessible. Los Angles, however, is a city designed for drivers. Even more surprising may be where it ranks on the kink scale. Less than 20 percent of respondents are into spreaders and whips. They do, however, seem to be mildly into adultery. Half a million LA residents admit to cheating.

Yes, the winters are cold, and the accent may bring some of us back to Bill Swerski’s Superfans on SNL (da Bulls? da Bears!), but that doesn’t stop the city from being sexy. Playboy credits Chicago’s architecture, museums and music for luring young sexy professionals in and its walkable, bar-dense neighborhoods for helping them find some after-hours fun. Of course, Chicago’s sexiness predates most of these perks. The city was once a major stop on the burlesque circuit, Playboy notes. There are nearly a dozen sex-themed venues still open, from the Kiss Kiss Cabaret to Naked Girls Reading (which is exactly what it sounds like).

This one makes sense. The Birdcage? Scarface? There’s Something About Mary? Not one of these films would pack the same punch if it weren’t for their sexy Miami backdrop. Playboy reports that the average Miami resident is getting laid a lucky 160 times per year, the highest reported number of all top five cities. And according to a 10-city poll sponsored by Trojan, the people of Miami are having the longest sex sessions (35 minutes). The Playboy survey also revealed that Miamians are most likely to have had sex with a colleague and are the most digitally connected as well. Because we all know how most sex-based encounters begin and end in this day and age.

Sex-positive San Francisco comes in at number five. The good news for the ladies looking to go out west: the city is home to 116 single men for every 100 single women. That means our odds are a lot better than just a bit further south in Silicon Valley, where the ratio is 141 women to every 100 men. And while San Franciscans may not be having as much sex as residents of Miami or New York, the sex they are having might be better in quality. They seem to have more orgasms than their East Coast rivals, according to the study.

Boston’s prideful residents brave all sorts of unexpected weather to get out and get laid. Drop your R’s, insult the Yankees and offer up a cannoli from Mike’s Pastry Shop and someone is bound to take you home.

If you’re over 21 and living in Seattle, you can buy weed legally. That means late-night tokers can offer up a little something special to get their special someone in the mood. It’s hard to find a pot aficionado who doesn’t like to mix good weed with great sex (or vice versa).

Does this one actually surprise you? It’s got everything an adult playground requires, from casinos and strip clubs to topless pools and brothels. Of course it’s in the top 10.

Beachy town, beachy people, beachy hair—it’s easy to look good in San Diego. Warm weather means you can keep your tan, ditch the layers and bar-hop without dealing with the cold. That tends to put people in the mood and keep them on the street. Add alcohol (or whatever else) to the mix, and things are likely to heat up.

Portland’s OkCupid members are more likely to list “casual sex” as a profile option than any other city in America. But we don’t have to look to online dating sites to decode those dirty minds. Portland has more strip clubs and bars with happy hours per capita than all the other cities on the list.