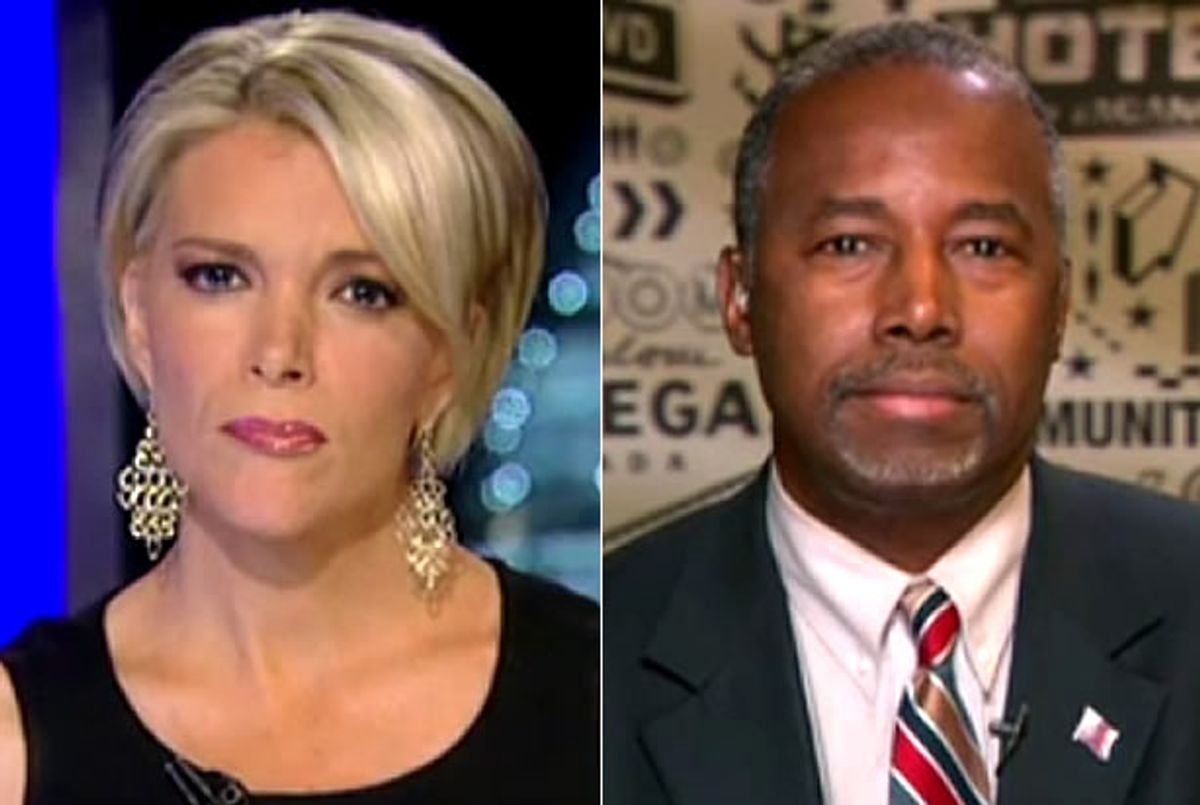 Carson told Kelly that at the campaign event, they were discussing, generally, the "inappropriate celebrating" by Muslims on 9/11, and that he was unaware of where the video in which he allegedly saw them doing so was actually shot. Which would be a valid enough excuse if it were remotely true, but as the clip Kelly played before introducing Carson amply demonstrated, it simply isn't.

The question asked of him at the campaign event was, "Were American Muslims in New Jersey cheering on 9/11 when the Towers fell? Did you hear about that or see that?"

"Can you expand on that?" the reporter asked.

"There are going to be people who respond inappropriately to everything," he said. "I think that was an inappropriate response."

"Did you see that happening, though?" the reporter asked.

On three occasions, Carson specified that he saw, with his own eyes, video of American Muslims "inappropriately celebrating" the fall of the Twin Towers on 9/11.

Kelly pointed out that the key issue isn't whether he saw a video of Muslims celebrating, but whether the Muslims in question were American. "You admit to a lack of caution in answering that question?" Kelly asked the serial liar in the gentlest way imaginable.

"Yeah," Carson said, "I thought we were just talking about the fact that Muslims were inappropriately celebrating. I didn't know that they had an agenda behind the question." By "agenda," Carson apparently means "attempting to get Ben Carson to answer a direct question," which he did, three times.

However, now that he's aware they were asking him to, in Kelly's phrasing, "provide cover" for Donald Trump, Carson claims that "it really was more of a misunderstanding of what we were talking about, and me trying to make the point that celebrating [9/11] is totally inappropriate, no matter where you are."