This is on Donald Trump and Fox News' hands: Now their war on #blacklivesmatter draws real blood

Minneapolis shooting is no surprise. Trump, O'Reilly and others have ratcheted rhetoric toward violence for months 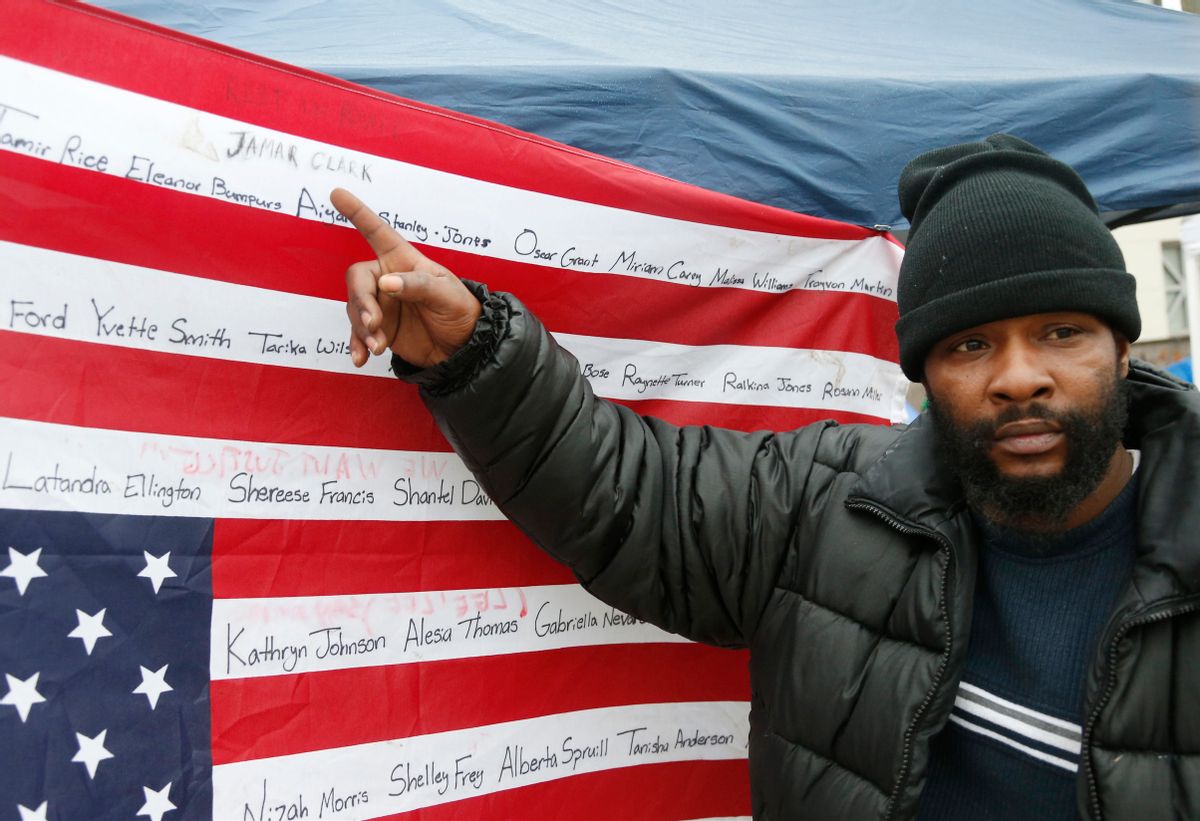 The Associated Press is reporting that five people at a Black Lives Matter protest in Minneapolis were shot by a group of white supremacists on Monday evening.

This is not a surprise.

The appeal and power of old-fashioned, overt and transparent white racism is growing in the United States. The prime example of this phenomenon is the rise of Donald Trump, but the GOP front-runner is but one data point in a longer trend. Since the election of Barack Obama, white supremacists have increased their enrollment of new members. To that end, they have infiltrated Tea Party organizations to recruit racially resentful and angry white people who are beginning to think about politics in terms of “white group interests.”

While anxiety about ISIS dominates the American news, the FBI has in fact identified domestic terrorism from white, right-wing Christians as the greatest domestic terrorism threat to the United States since the attacks of Sept. 11, 2001.

The right-wing news-entertainment media complex routinely uses eliminationist and violent rhetoric to describe liberals and progressives. There, the implicit (and often explicit) narrative is that those people who are not members of the American right-wing are “traitors,” “un-American” and deserving of whatever violence comes to them. This is not empty talk, hyperbole or “playful” rhetoric designed to cheer on Republicans and build up morale before a presidential election. The right-wing media has actually weaponized its followers. The results are those black folks killed by Dylann Roof in Charleston, the women’s reproductive health doctor George Tiller, and the other victims of right-wing domestic terrorists shot dead at Sikh Temples, Jewish Community Centers, and elsewhere in the United States.

And as I wrote in an earlier essay here at Salon, Republican 2016 presidential primary candidates, as well as Fox News personalities such as Bill O’Reilly, have referred to members of the human rights advocacy group Black Lives Matter as “terrorists” or the new “Ku Klux Klan.”

On Monday, I wrote a piece about how a Black Lives Matter protester was beaten upon by Donald Trump supporters at a Birmingham, Alabama, rally over the weekend. Trump endorsed that thuggery and was proud that his supporters were so spirited. Adding to the grotesqueness of Donald Trump’s embrace of political violence, Robert Kiger, a fundraiser aligned with a group backing Trump, made the bizarre suggestion that he, as a white man, would be beaten up if he went into a black church. Therefore, the violent attack on a Black Lives Matter protester at Trump’s rally was expected, understood and reasonable in Kiger’s twisted, demented and profoundly racist imagination.

Ultimately, when Black Lives Matter’s basic claim for equal human rights and dignity is met by racist slogans such as “All Lives Matter” -- what is just a new and more polite version of “White Power!” -- the question is no longer “if” white on black and brown racially motivated violence will take place, but rather when, and to what extent?

The 2016 presidential primary season has seen Republican candidates endorse internment camps for Syrian refugees, an enemies list for Muslims, making Christianity the official state religion of the United States, establishing a Gestapo-like force to eject “illegal immigrants” from the United States, and other actions that are unworthy of what is supposed to be the world’s greatest democracy.

Those men and women who seek the office of the president of the United States should be responsible, reflective, and intelligent individuals. While they are members of a political party, these individuals should also be ambassadors of the Common Good who first and foremost want to advance and protect the General Welfare of the United States and its citizens. To this point in the campaign, the Republican 2016 primary presidential candidates, as a group, have not shown that they are capable of honoring that obligation.

The presidential primary season is not over. There is still time for the Republican Party to rise to the occasion.

To that end, will the 2016 Republican primary presidential candidates denounce Donald Trump’s rhetoric and the violence of his supporters or condemn last evening’s shootings of the Black Lives Matter protesters by white supremacists?

Will this crop of potential GOP presidential nominees demand that their peers, as well as the right-wing Fox News propaganda machine, tone down their collective racist, nativist, xenophobic and violence-inducing rhetoric?

The answer is likely to be “no.” Instead, the Republican 2016 presidential candidates will ignore the violence and bigotry they have encouraged or instead play the “victim” of the “liberal media.” The right-wing Fox News echo chamber will also likely spin fictions of “liberal infiltrators” or “agent provocateurs” that are actually committing violence at Donald Trump rallies or shooting Black Lives Matter activists in Minneapolis.

As they have repeatedly done in recent American history, movement conservatives and their media will continue to strike a match in a room full of gasoline vapor and act surprised when it explodes.

This is their version of the American Way. It is an agenda that retreats from normal politics, consensus-building, and an embrace of conservatism not as a reasonable respect for traditions and standing norms, but, rather as an embrace of a radical, destructive, and reactionary behavior that leaves the United States less safe, less secure, less prosperous and weaker than it was before.