People are celebrating this spy's release from prison. Here's what they should be doing instead.

Jonathan Pollard sold intel to Israel. 30 years later, he's free. But thousands of others have no chance of parole. 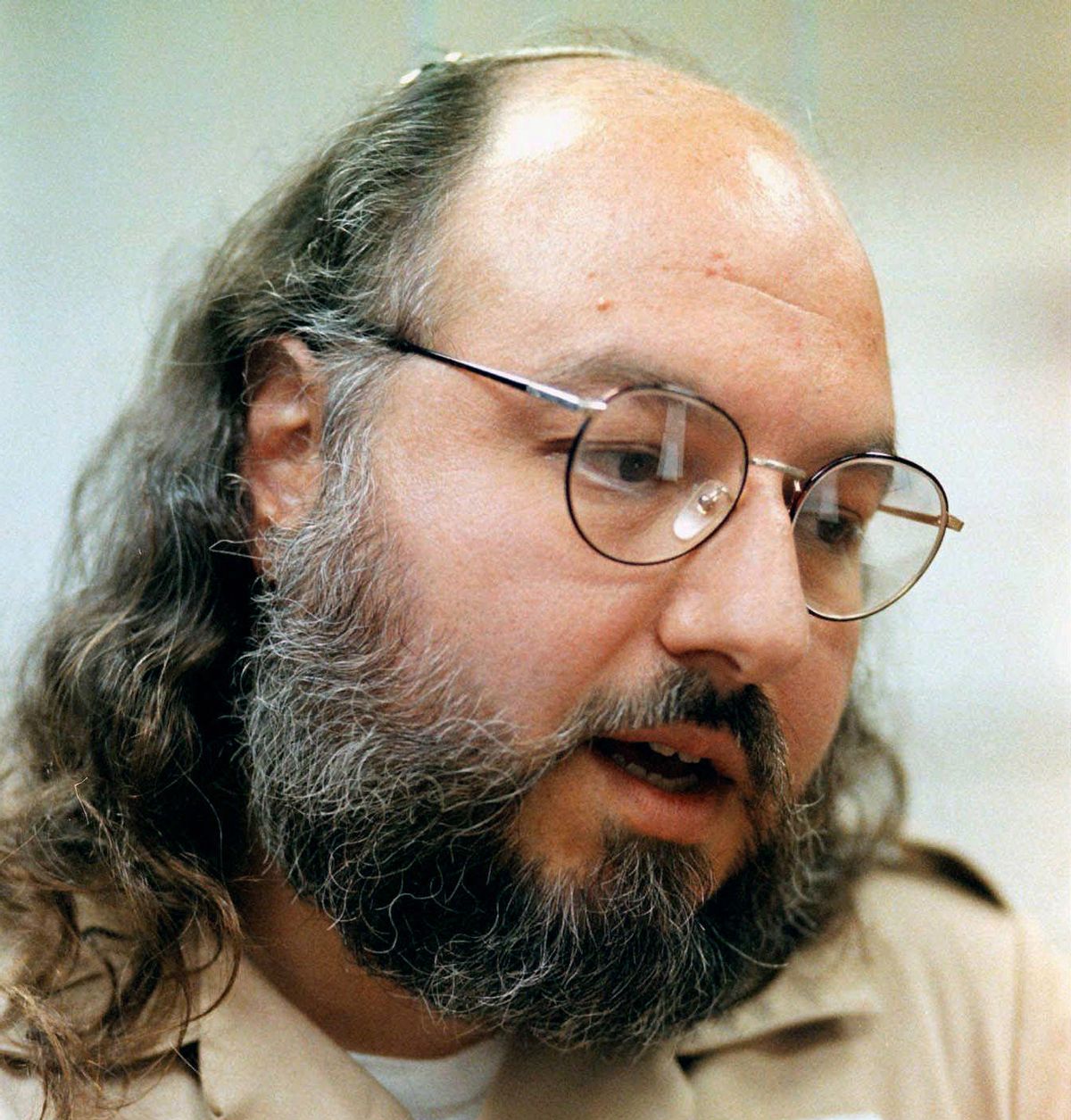 FILE - In this May 15, 1998 file photo, Jonathan Pollard speaks during an interview in a conference room at the Federal Correction Institution in Butner, N.C. Lawyers for the convicted spy Pollard say the U.S. has granted his parole and he will be released in November. Pollard, sentenced to life in prison, has served 30 years for spying for Israel. (AP Photo/Karl DeBlaker, File) (AP)
--

Last Friday, something extraordinary happened: Jonathan Pollard, a Naval intelligence analyst sentenced to life in prison for extensively spying for Israel, was released from federal prison on parole 30 years after his arrest.

Most coverage, now and in recent decades, has focused on the campaign waged by Israeli and Jewish-American leaders to free him, and the vehement opposition mounted by American intelligence figures.

The real scandal, however, is that most federal prisoners, including drug offenders make up nearly half of a federal prison population of nearly 200,000, have no chance at parole. Pollard's crime was incredibly serious, and many drug offenders who committed crimes orders of magnitude less harmful are serving harsh mandatory minimums of 5, 10 and 20 years, if not life -- all without the possibility of parole.

Pollard's release has been covered in the context of national security intrigue. In fact, his parole reflects a quirk in federal sentencing law: He had a shot at parole because he committed his crime before parole eligibility was abolished for all those convicted of committing a federal crime on or after November 1, 1987, amidst a wave of tough-on-crime politicking.

Pollard is a true anomaly. According to a 2014 Congressional Research Service report, roughly 3 percent of federal prisoners are eligible for parole. When Pollard finally speaks to the media—he is reportedly not allowed to under the conditions of his parole—it would be good of him to express some solidarity with the far less dangerous fellow federal inmates he left behind.

The abolition of federal parole, and its sharp limitation or elimination in many states, has, like the introduction of harsh mandatory minimum sentences, been a major driver of this country's extraordinary prison population boom. From 1988 to 2012, the average time federal inmates served rose from 17.9 to 37.5 months, according to The Pew Charitable Trusts. The federal prison population rose during that same period from 49,928 inmates to 217,815.

"Mandatory minimum sentencing laws, the elimination of parole, and other policy choices helped drive this growth, which cost taxpayers an estimated $2.7 billion in 2012 alone,” the report finds. “Despite these expenditures, research shows that longer prison terms have had little or no effect as a crime prevention strategy—a finding supported by data showing that policymakers have safely reduced sentences for thousands of federal offenders in recent years.”

Sentences became longer thanks in large part to harsh mandatory minimums, and offenders then served much greater portions of their sentences because there was no possibility of parole. Someone incarcerated in 1996, Pew found, "could expect to serve 87 percent of their sentences behind bars, compared with 58 percent a decade earlier." The number of federal offenders on or eligible for parole declined 67 percent between fiscal years 2002 and 2014, according to a Government Accounting Office report. Last year, there were a mere 1,334 federal offenders on parole. But if parole existed, most of the nearly 200,000 federal prisoners would have a shot at it.

"Data from the BOP indicate that nearly three-quarters of inmates have served at least 25 percent of their sentence, meaning that if Congress reinstated the old parole eligibility rules, a majority of federal inmates would be eligible for parole consideration,” the Congressional Research Service finds.

The information Pollard allegedly provided to Israel was extremely sensitive, remarkably vast and dangerously consequential. According to a 1999 New Yorker story by Seymour Hersh, Pollard passed sensitive daily intelligence reports, highly suggestive information on day-to-day intelligence priorities, and key intelligence “sources and methods” including “detailed information on the various platforms—in the air, on land, and at sea—used by military components of the National Security Agency to intercept Israeli military, commercial, and diplomatic communications."

In 1985, shortly before Pollard's arrest, Israel reportedly used intelligence he provided to bomb the Palestinian Liberation Organization headquarters in Tunisia, killing at least 60 Palestinians and Tunisians. There were also allegations that some of the intelligence that Pollard gave to Israel was then passed to the Soviet Union. And he did all of this not just because of traitorous sentiment for a foreign power, but because he was paid to do so.

As Glenn Greenwald put it on Twitter, “What Pollard did is actual espionage, spying: passing U.S. secrets to a foreign nation for $$. It's the *opposite of what Manning, Snowden did.”

In Israel, however, Pollard remains a folk hero. And his advocates, here and there, still aren't satisfied. U.S. Reps. Jerry Nadler and Eliot Engel are pressing the U.S. government to relax parole restrictions on Pollard that, in their current form, reportedly will likely make it impossible for him to move to Israel for the next five years.

Releasing Pollard was not a bad thing. Few people deserve punishment without end. We punish most every crime far too harshly in the United States, which is how we came to construct a system of human punishment unmatched by any nation on earth. But Pollard's crimes were extremely serious. Compare his crimes to those committed by Alton Mills, who is serving a life without parole sentence after being convicted of couriering crack because of two prior, extremely minor, drug possession convictions. Mills' family misses him too. And desperately so.

It's not just a federal problem but also a matter for the states, where the bulk of American prisoners are incarcerated. Fourteen states joined the federal government in eliminating or severely restricting parole, according to a Marshall Project investigation.

“In the early 1990s, the New York state board voted to parole more than 60 percent of those eligible. That rate then went into a two-decade decline, dipping below 20 percent in 2010,” the investigation found. “In many states, parole boards are so deeply cautious about releasing prisoners who could come back to haunt them that they release only a small fraction of those eligible — and almost none who have committed violent offenses, even those who pose little danger and whom a judge clearly intended to go free.”

Sen. Bernie Sanders, a Democratic candidate for president, has introduced legislation that would reestablish federal parole. Most media attention has been focused on bill provisions banning private prisons. But reestablishing parole would be far more consequential. (The Clinton campaign did not respond to requests for comment.)

In the meantime, President Obama is speeding up a long-dormant clemency process. And that, until Congress takes up Sen. Sanders' bill, is the only possibility at freedom for federal prisoners like Mills serving unjustly harsh sentences. By no means should Pollard be one of just a few who get a shot at parole.