It's time we understand inequality as a women's issue, authors of a new report on women in the economy tell Salon 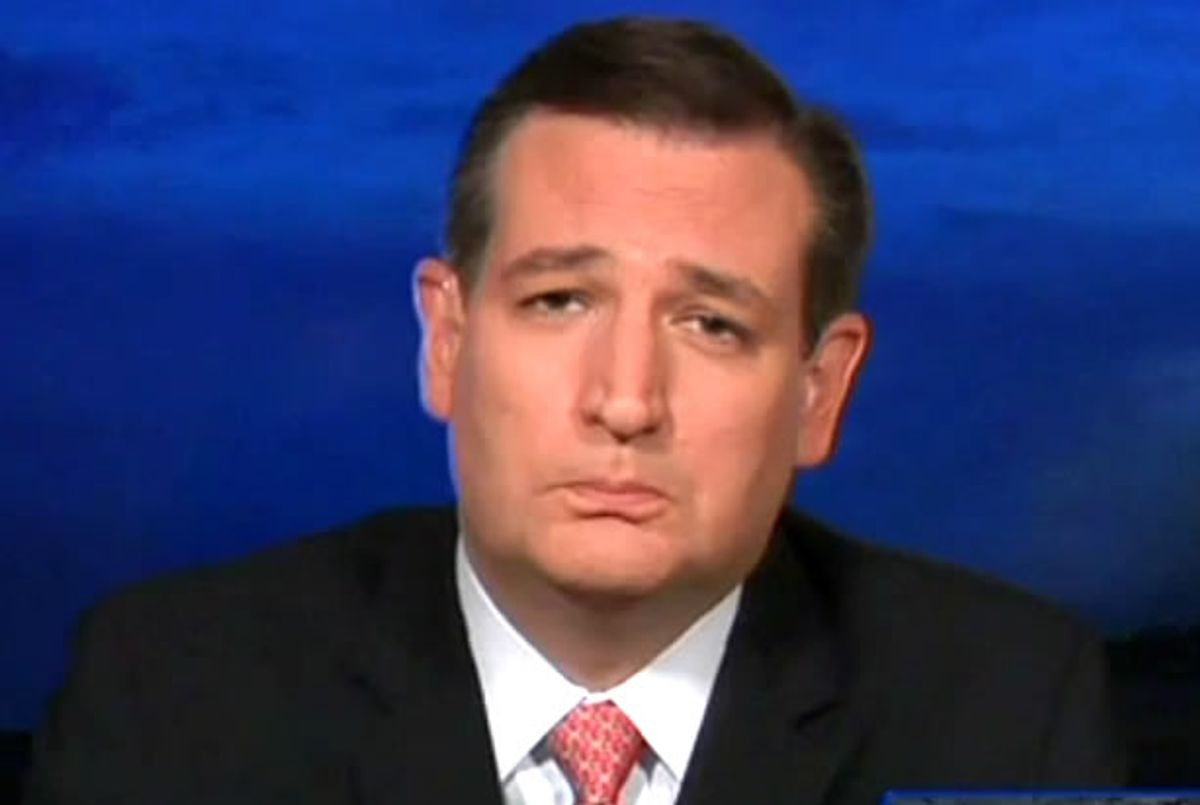 For all of her talk of wanting to be (arguably) the first avowed feminist president, and wanting to use the office in order to champion the interests of working women and middle-class families, Hillary Rodham Clinton’s 2016 campaign has by and large chosen not to frame its economic proposals as being especially pro-women. That’s not to say that Clinton’s policy recommendations wouldn’t disproportionately affect women — many of them would. Instead, it is merely to note that the former secretary of state has opted against treating inequality and economic dysfunction as a women’s issue.

That may be smart politics. But on the policy side, the elision makes considerably less sense. And a new initiative from the Economic Policy Institute (EPI), the Women’s Economic Agenda, helps explain why. Because as is made clear in the new EPI report “Closing the pay gap and beyond: A comprehensive strategy for improving economic security for women and families,” many of the flaws in the structure of the American economy that hurt all workers hurt women workers especially. And righting these wrongs must be seen as part of the broader effort to make women’s station in the U.S. truly equal.

Recently, Salon spoke over the phone with Alyssa Davis and Elise Gould, the two EPI experts who authored the report. In addition to discussing their recent work, we also talked about the gender wage gap as well as the right — and wrong — ways to approach these important social and economic questions. Our conversation is below and has been edited for clarity and length.

What questions were you trying to answer when you started working on this report?

Elise Gould (EG): About a year and a half ago, we introduced our Raising America’s Pay initiative, which has an agenda associated with different policies. We wanted to take another look at that. Over the past year and a half, we’ve done research on economic policies that take on different components of that. For instance, we did a paper this spring about what it would do to poverty in this country if we had more broadly shared prosperities or wage growth workers. We’ve also looked at specific policies like overtime, and how it could impact many workers in this country if we updated overtime regulations. So, we thought, “OK, what are the angles that we weren’t looking at?” And something that had not been explored fully in our opinion was looking at women, specifically, and how women sit in the overall economic picture.

So what does women’s role in the economy look like, overall?

AD: When we’ve looked at the data, we’ve seen women make so many strides in our economy over the last 35 years. We’ve seen women enter the labor force at higher rates, in higher wage occupation, have high levels of educational attainment. We’ve made so much progress in terms of women in the economy. However, there is this persistent gender wage gap, despite all these women making advancements. Women are still being paid less than men.

The wage gap still persists. It is better, but it is still a problem. But we were also looking at the general wage trends, and when you look at that, you find that the wage gap has narrowed mostly because women are becoming equal, but also because men's wages have fallen. Men’s wages in 2014 were lower that they were in 1979 [if you adjust for inflation]. Low- and moderate-wage men have been losing economic ground. And we predict that 40 percent of the closing of the gender age gap is due to men’s wages becoming lower — which is obviously not the right way to close the gender wage gap.

EG: When I take a look at the gender wage gap from 10,000 feet up, it is also important [to note] that the gap persists across the wage distribution, within the education groupings, and within occupations. And it is worse for women of color; when you compare white men to black or Hispanic women, the gender wage gap is even wider. They really take a double penalty in the economy today.

EG: I think the question of “choice” is very interesting. If we had a better, higher quality and affordable childcare system in this country, and paid parental leave; if we had actual choices that people can make, we would have more people in the labor force today. So, there are real policy changes that could happen that would actually change that equation, and give women real choices between staying in the workforce or not.

AD: People who say that the gender wage gap does not exist are truly delusional. Even some of the most most rigorous academic studies there are, which have tried to show what percentage of the wage gap is explained by various factors, revealed that even when you control labor force, occupation and matters of choice that women make or society compels them to make — still, 40 percent of the gender wage gap is unexplained. You would point that out as being straight-up discrimination.

Let’s return to something you mentioned earlier, about the drawbacks to focusing too exclusively on the gender wage gap. Why do we risk missing the forest for the trees if we only look at that one metric?

It is clear that gender wage disparity does not improve women’s economic prospects to the greatest possible extent if men and women[’s wages] remain equal-but-stagnant into the future. That is not thinking big enough or being ambitious enough. There is room in the economy for men and women to have higher wages, and for women to catch up with men. I’ve been calling it “leveling up.” I think we should choose to close the gender gap by leveling up. There is a potential [in the] economy for that to happen. We can close the wage gap, and see broader-based wage growth for everybody.

AD: We would also argue that thinking about the gender wage gap just through the economy shortchanges women. There are all of these other issues that we try to explore in our research about the ways in which women are disproportionately harmed by a lot of our current labor standards and constitutions. Things like, women are disproportionately populating low-wage occupations, etc. But, basically, we need to think of the gender wage gap, of women's equality in our country, and all the tools in our toolbox in terms of public policy that we can change. The economy is not an organic thing; we create the rules and the norms that we play by. So, we can create better outcomes for low- and moderate-waged people — and for women.

Tell me more about some economic issues that we don’t classify as pertaining to women, especially, but which are in fact disproportionately relevant to women?

AD: One of the things that people don’t think about when they think about women is monetary policy; and the Federal Reserve’s policy, specifically. If the Federal Reserve prioritizes full employment, that has a disproportionate, positive impact on women workers and women workers of color. Workers at the low end of the wage distribution will see stronger wage growths at times that we have full employment.

Collective bargaining is another example. The decline of collective bargaining has led to the rise of inequality in this country and is one of the reasons we’ve seen this disconnect between pay and productivity. Women in unions make more than women that are not in unions. The gender pay gap is smaller in unionized workplaces. That is true for women of color, as well. Thinking of unions and how they affect women is important in thinking about increasing the bargaining power of women workers.

EG: Regarding minimum wage, most of the workers who would be affected are women. The average minimum wage worker is a woman in her 30s who likely has children. People don’t think about the tipped minimum wage, and how we need to eliminate that; women are disproportionately more likely to populate low-wage tip occupations, and are more likely to be servers and waiters. Another thing people don’t think about is immigration policy and the need to provide a path for citizenship for undocumented immigrants — and how women are in a lot of occupations that are affected by that (like homeworkers).

You need paid family leave. You need affordable childcare. These things are obvious, but there are all these other things that people don’t talk about that are women’s issues. Stagnant wages are a women’s issue. Wage growth is a women’s issue. And we’re trying to reframe it to make those connections.

To close, I wanted to ask you a hypothetical. Say you’re about to meet with the new president and you can only push one of your policy proposals. Obviously, you’d rather not choose — but bear with me. Which would you pick?

EG: I think that strengthening collective bargaining can get you pretty far in many of the things that we are looking at. Many of the things we are looking at are ways to strengthen labor standards, and if we cannot do that on a national level, then unions can serve to do that. We can make it easier for workers to form unions, and be able to bargain with their employers to get better wages, benefits, and set higher wages standards. That will have an impact on the economy overall. That's what I would go with if I had to pick one because you can negotiate for paid sick days, make sure you get overtime, make sure there is no wage theft. All those things are supported by union efforts.

AD: And I would try to raise minimum wage as the first thing. I am, personally, a young women interested in setting up a paid family leave system; and having some kind of government subsidy or solution to childcare. I’m starting to realize this as I get older: It is crazy that these things do not exist yet. So I am personally interested in those happening.