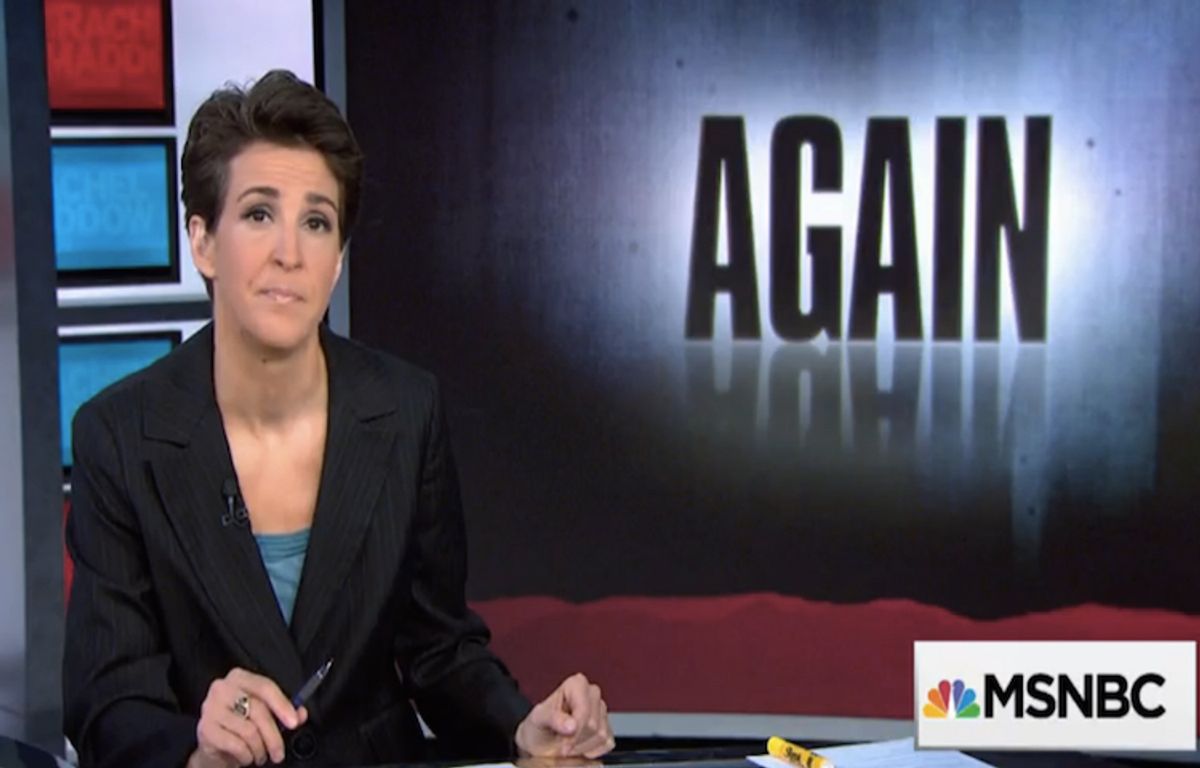 On her show Monday evening, MSNBC host Rachel Maddow detailed the long history of violent attacks on abortion providers, facilities and patients in the United States and singled out Ted Cruz for what she described as a "distinctly unpresidential response" to the attack on a Planned Parenthood clinic in Colorado Springs last Friday.

The 56-year-old North Carolina transplant who stormed the reproductive health clinic was likely a “transgendered leftist activist” according to Texas Senator and presidential candidate Ted Cruz, who suggested that conclusions that the gunmen who reportedly ranted about "baby parts" may have been motivated by extreme anti-abortion rhetoric are misguided, citing a report on a discredited right-wing website to float the idea that Robert Dear is, in fact, a "leftist" and "transgendered" at that.

After outlining the context of the history of threats and attacks on abortion providers and facilities across the United States, Maddow called out Cruz for giving "the single strangest response to this crisis and this attack that I think anybody could have imagined":

Senator Cruz as a presidential candidate has gone out of his way just in the past couple of weeks to court and celebrate and brag about his own affiliation with people who are at the very radical, bleeding edge of anti-abortion extremism and violence. And I'm not talking about just mainstream anti-abortion, mainstream pro-life figures.

[H]e has on purpose aligned himself specifically and by name with the parts of the extremist anti-abortion movement in this country that has veered with shocking frequency over the years from protests and virulent charges and rhetoric over the line from that into domestic terrorism and assassination.