"This time is different": Chris Hayes explains why there is reason to be optimistic about the Paris climate summit 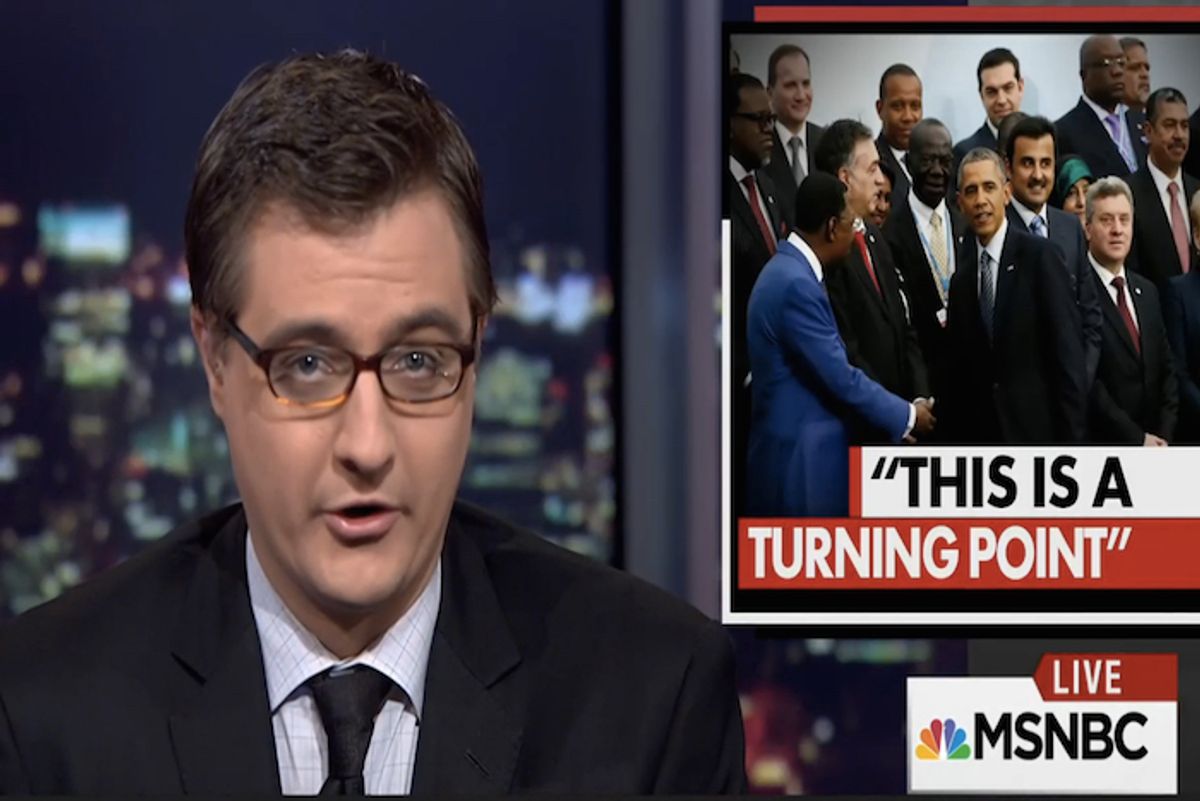 This isn't Copenhagen. The Obama administration appears determined to avoid walking away with only disappointment after this week's historic, multi-national climate summit in Paris and there may be reason to believe real change can finally result from

Yes, House Republicans are gearing up to pass a two bills to repeal the Obama administration’s most significant executive action tackling climate change, new Environmental Protection Agency rules curbing power-plant emissions. But, Republicans' will likely fall short for an override of all but guaranteed Obama veto. And as MSNBC's Chris Hayes explained on "All In" Monday evening, Obama is waging a full-throated effort to see a successful resolution to "one of the most high-stakes, important negotiations of his entire presidency."

But why is Paris any different than Copenhagen or even Kyoto? "When I hear oh, climate talks, I think like who are we -- they're not going to do anything. It's all hopeless, it's not going to work. All these people are going to get together, nothing's going to come out of it," Hayes admitted.

"Back in the `80s we had a big hole in the ozone layer, we had to fix that," Hayes picked-up the argument. "The ozone problem, right, we were putting these CFCs in the air, they were putting a hole in the ozone layer that was bad, all these different countries had to come together. We actually did have like a binding treaty that completely worked."

During his parting press conference at the summit in Paris today, President Obama sounded similarly optimistic about a global agreement. "The main message I got is that I actually think we are going to solve this thing."