"The more people that we have responsibly carrying, the less violence we are going to have in this country" 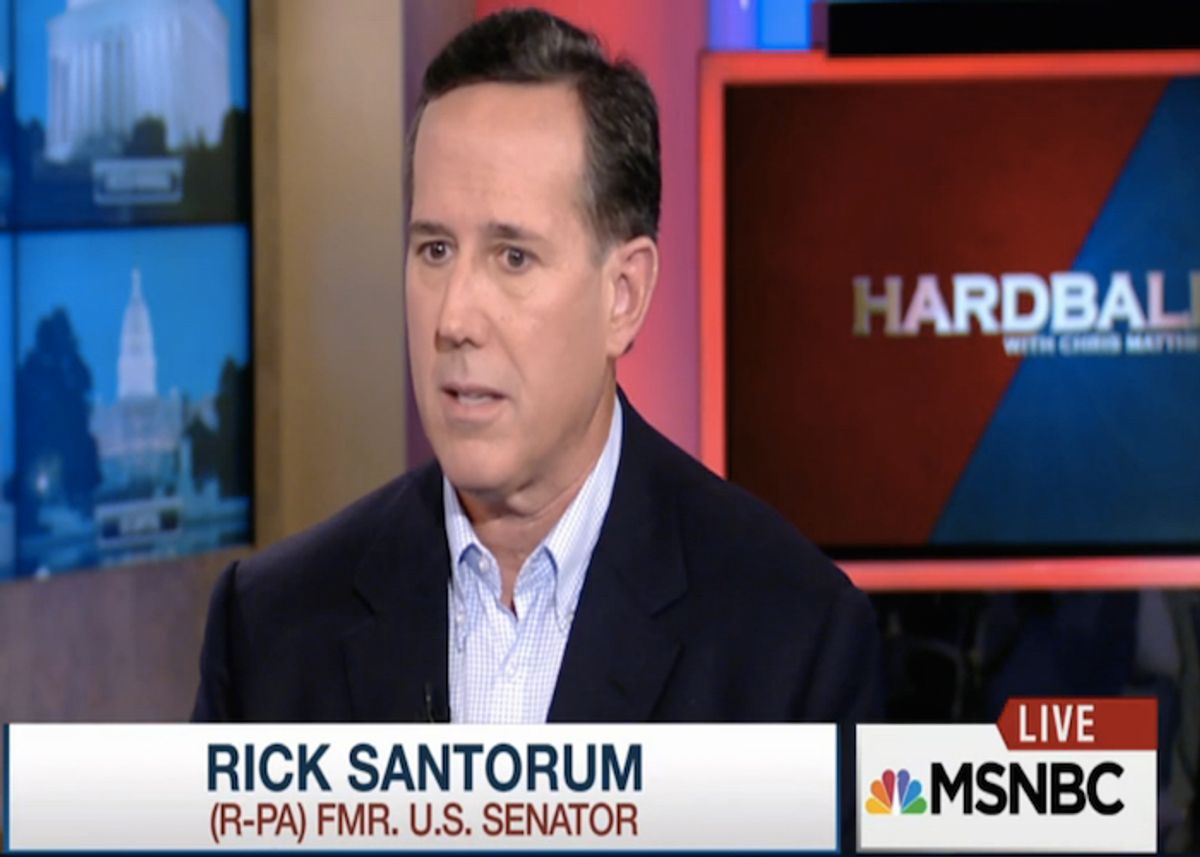 Just in case you had forgotten he was still running for president, former Pennsylvania Senator Rick Santorum popped up on MSNBC's "Hardball" with the reflexive, right-wing reaction to American's latest mass shooting and terror attack on Planned Parenthood -- a good guy with a guy could have stopped this bad guy with a gun.

"The problem is, the bad guys -- the bad guys have guns. That's the problem," he told host Chris Matthews on Tuesday. "And there's no way around that."

Never mind that the bad guy with a gun murdered a good guy who confronted him with a gun, a University of Colorado police officer. Santorum suggested that if only more guns had been on the scene of the five hours long standoff than perhaps the gunman's rampage wouldn't have been so murderous.

"The more people that we have responsibly carrying, the less -- the less violence we are going to have in this country," the third tier candidate argued. "I believe that responsible people carrying weapons actually reduces crime in America and saves people's lives," he said, insisting his position squares perfectly with his personal "pro-life" stance.

Of the nine people who were shot and survived, four were police officers and one was a sheriff's deputy.

Santorum said that the doctors and nurses in a Planned Parenthood operating room are "law-abiding people" who "should have the right to carry guns wherever they want to carry guns."

The gunman did not surrender until SWAT officers in an armored vehicle rammed their way into the clinic's front office.