"This is the worst thing that happened in Texas since JFK was shot in 1985! I learned that in a Texas school book" 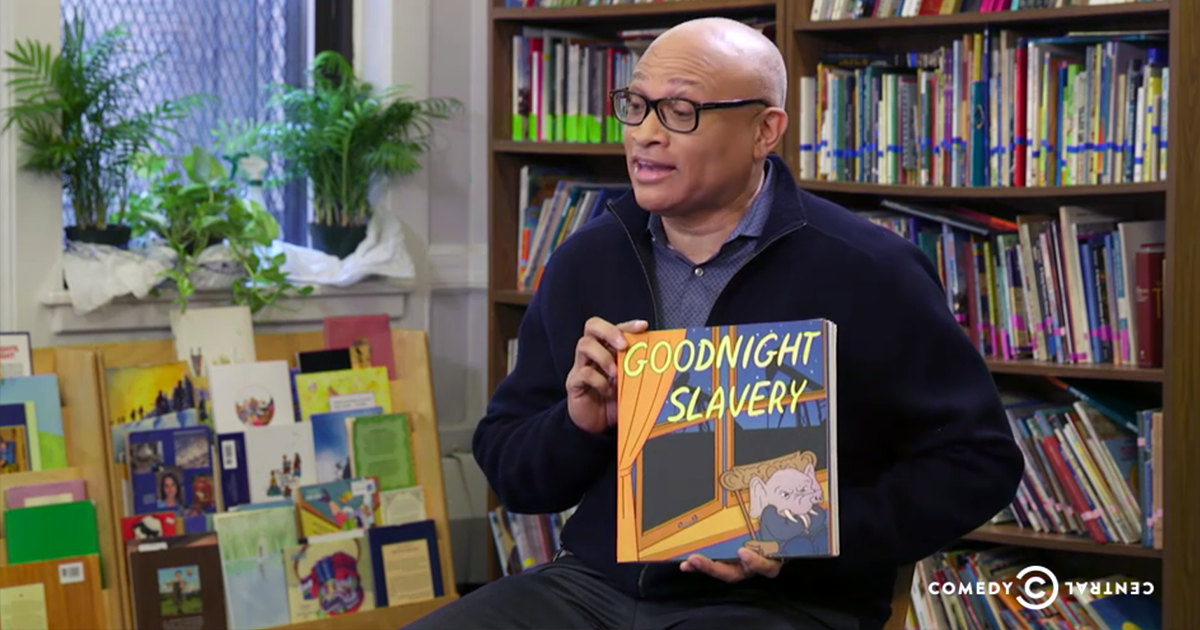 Texas doesn't like to talk about bad things white people may have done over the course of history.

In fact, the Texas Board of Education is strategically editing American history textbooks so it downplays slavery and completely omits references to the KKK and Jim Crow.

Tuesday evening's "Nightly Show" had a very concerned Larry Wilmore fearful that children wouldn't learn the truth about our history. "This is the worst thing that has happened in Texas since JFK was shot in 1985!" Wilmore said. "I learned that in a Texas school book, you guys."

That's why Wilmore visited a classroom to read his own rendition of the children's classic Goodnight, Moon. In Wilmore's Goodnight, Slavery:

"In a big red state,
there was a textbook
and a debate.
And too many knaves
and one big cave.
And a book that is shut
and a past full of smut.
And a cranky conservative
with a stick up his butt.
Goodnight, slavery
goodnight, bravery.
Goodnight to things
we find unsavory."

Check out the video for more verses, the perfect illustrations and the most adorable and hilarious reaction from the kids: