Keep coming out, Holland Taylor: The Hollywood trend of "I was never in" sets LGBT visibility back

It might look like progress when queer celebrities downplay their sexuality to the press, but we're not there yet 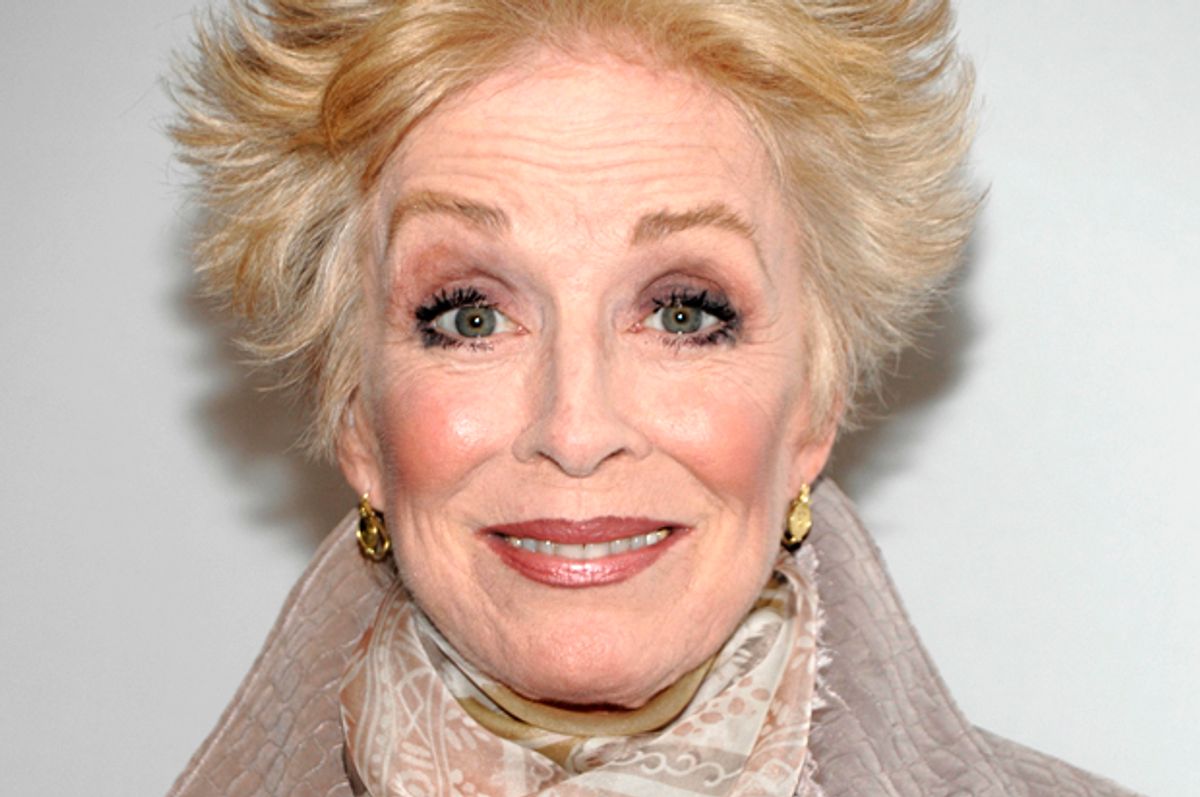 In a May interview with “Variety,” Cate Blanchett discussed her title role in Todd Haynes’ brilliant “Carol,” in which the Oscar-winning actress plays a 1950s housewife forced to choose between her family and the object of her affections (Rooney Mara). It seems like Blanchett is harboring falsely romantic notions of what the era was like—as if not being able to even speak of your identity is an ideal: “I think there are a lot of people that exist ... who don’t feel the need to shout it from the rafters.” This was back when Blanchett appeared to come out—and then promptly took it back.

If Carol couldn’t be out and proud, it wasn’t a matter of choice but overwhelming social and political repression, as I wrote earlier this year. In 1953, when Patricia Highsmith wrote “The Price of Salt” (the book on which “Carol” was based), being gay was a crime. If you were fired from your job, you didn’t have Lambda Legal to turn to. If your family kicked you out, you might have nowhere else to go.

If Cate Blanchett is clearly smoking something, she’s been sharing with Holland Taylor. The beloved character actress—known for her work in diverse roles ranging from “The Truman Show” and “Legally Blonde” to “Two and a Half Men”—explained that she never bothered with coming out because she “lives out.” In an interview with WNYC’s “Death, Sex & Money," the 72-year-old actress said that the only reason she’s bothered with it now is because she’s happy in love. (She’s rumored to be dating Blanchett’s “Carol” co-star Sarah Paulson).

That’s a sweet sentiment and vaguely reminiscent of “Modern Family” actor Reid Ewing’s own non-coming out in November. Ewing referred to another man as “hot” on in a tweet, which led one of the actor’s followers to ask if Reid just outed himself. His response? “I was never in,” Reid replied.

In both of these instances, the idea appears to be that if you’re famous and you’ve come out to your family and friends, living openly but privately as a queer person, that’s the end of it. You’ve come out and you’re totally out now. It is finished. But what we too often fail to recognize is that coming out isn’t a decision you make once—you will be forced to come out to your friends, family, co-workers and strangers nearly every day. As a queer man who leans on the effeminate side, I come out when I open my mouth to baristas or swish down the sidewalk in my favorite pair of pink pants.

Reid himself recognized our many coming outs in a recent Huffington Post Op-Ed on his struggles with body dysmorphia. “Body dysmorphic disorder is a mental illness in which a person obsesses over the way he or she looks,” he wrote. "In my case, my looks were the only thing that mattered to me. I had just moved to L.A. to become an actor and had very few, if any, friends. I'd sit alone in my apartment and take pictures of myself from every angle, analyzing every feature.”

Sharing those experiences helps normalize the experiences of having an eating disorder or a mental illness for gay men—or others—who might be facing similar issues. As a queer person, I’ve likewise come out about my history with anorexia—as well as being bullied in school, having IBS and being in an open relationship. That honesty matters—because it illustrates the importance of living as our fullest selves.

If Slate’s Stephanie Fairyington argued that we do need to shout our identities from the rafters, it’s something that we need to do our entire lives. For Holland Taylor, coming out as a woman in her 70s doesn’t just make our queer elders visible—in a community that too often marginalizes anyone over 40—but also (if the speculation is accurate) can help combat stigma about couples with marked age differences. When 41-year-old “Milk” screenwriter Dustin Lance Black and 21-year-old Olympian Tom Daley announced they were a couple back in 2013, the online backlash illustrated the lingering ageism in the gay community.

Whether you’re coming out as a septuagenarian lesbian who is (maybe) dating a much younger woman or a furry, our stories show the multiplicity of our coming out experiences. It’s easy to look at coming out as a canned P.R. statement or nothing but a formality, but they’re filled with some of the most intimate parts of our unique histories. One of my favorite coming out stories ever is courtesy of Nathan Lane. The “Producers” actor recalls that when he told his mother he’s gay, she got very pale and said, “I would rather you were dead.” With his trademark wit, he responded, “I knew you would understand.”

And in a speech for the Human Rights Campaign last February, "Juno" actress Ellen Page publicly discussed her sexuality for the first time and argued the crucial importance of doing so. “I suffered for years because I was scared to be out,” Page said. “My spirit suffered, my mental health suffered, and my relationships suffered. And I’m standing here today, with all of you, on the other side of that pain.”

It does our community a grave disservice to treat these moments as irrelevant and dismiss the importance of our lifelong coming out process. I understand why many celebrities might want to keep their private life private (Kristen Stewart is a perfect example), but we have so much to gain from continuing to shout our identities from every rafter possible. It’s good for our community, who benefits from added visibility; it’s good for LGBT youth, who have crucial possibility models; but most of all, it’s good for ourselves.

Through the simple act of living as out as possible, we can, thus, do so much. We can make the world safer for people facing body issues. We can tell people that even if your family doesn’t accept you, it doesn’t make you any less of a vibrant, amazing individual. And in doing so, we can heal the pain in others—as well as ourselves. Saying “I am” 50 years after you initially came out might seem passé, but it’s these everyday acts of honesty and bravery that help change the world.