Donald Trump Jr. on "Fox & Friends": My father's racism and xenophobia are "resonating with the people" 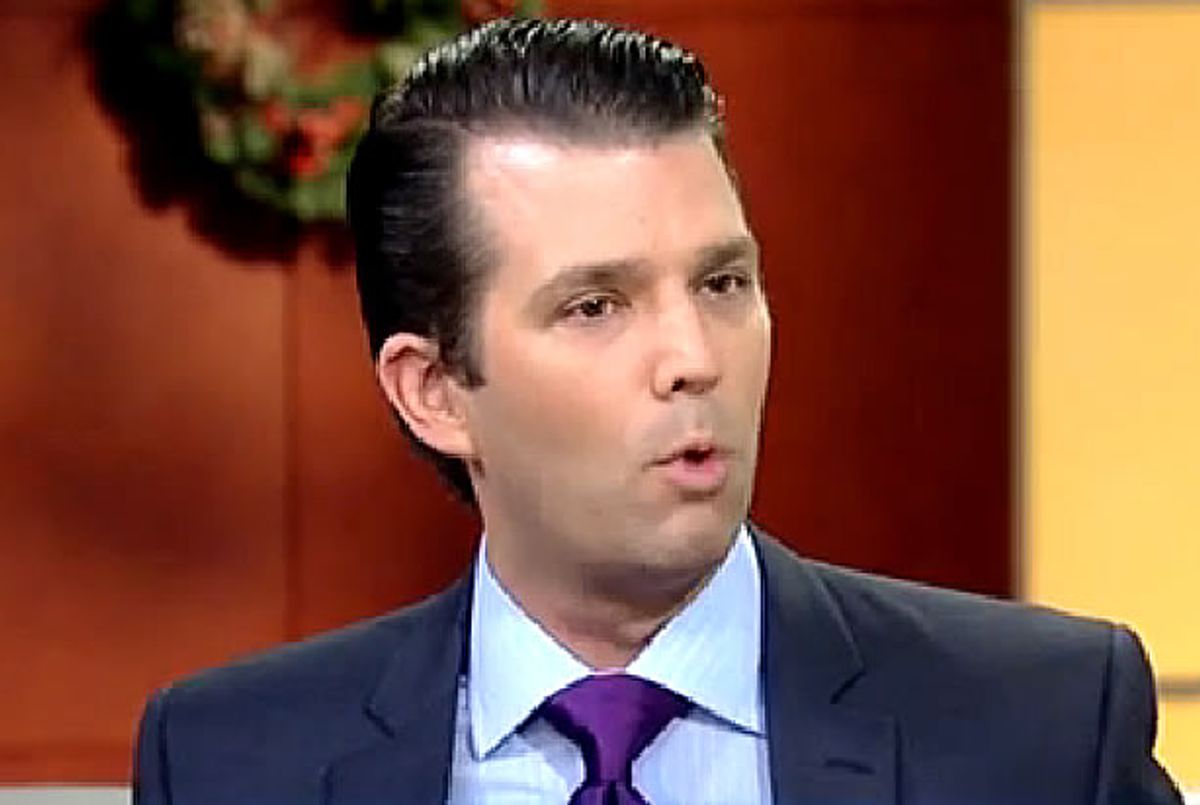 Donald Trump Jr. appeared on "Fox & Friends" Wednesday morning to defend his father's proposed plan to bar Muslims from immigrating to the United States -- a defense which he predicated on a series of Thomas Friedman-esque anecdotes about members of the service industry who he, without fail, initially assumed would treat him with open hostility. (That's how poor people roll, at least in the mind of Donald Trump Jr.)

Trump Jr. began by noting that "the cab driver [Fox News] sent, [who] wasn't someone I'd ever met before, who was a very personable guy, said 'I just wanted to introduce myself to you, Mr. Trump, and I'm a Muslim.'"

"I was like, 'Oh boy, this is going to be interesting,'" Trump Jr. said. "But he goes, 'Honestly, I'm so for everything that your father's saying, because I went back to the country I came from a few years ago, and my brother-in-law was kidnapped, help for ransom, I don't want to see that here.'" That it's a stirring account of anonymous man's vacation to an unnamed country at an unspecified date, and Trump Jr. milked that anecdote for all it's worth.

"It was amazing to see," he said, "because I thought I was going to get a lecture. He said that to me and it's such an incredible statement because it's true -- [my father] is looking to be a president who's interested in protecting Americans first, not looking at everyone else around the world at the expense of our citizens."

Steve Doocy later asked Trump Jr. to account for "the big crowds [his father] gets everywhere. What is it he has tapped into?"

Trump Jr. explained that "the message is just resonating with the people. We live in New York City, which is a very liberal place, and I can't tell you how many people have come up to me in a restaurant and say, 'I've never voted for a Republican in my life' -- and I'm like, 'Oh boy, here we go,' much like the taxi story -- [but] 'I'm voting for your father, not because I necessarily believe he's right, but because someone's finally saying something.'