Taylor Swift's victory over Spotify is near: The streaming service gets closer to admitting that "freemium" doesn't work

Some artists—presumably, the top tier like hold-outs Adele and Swift—might get more control soon 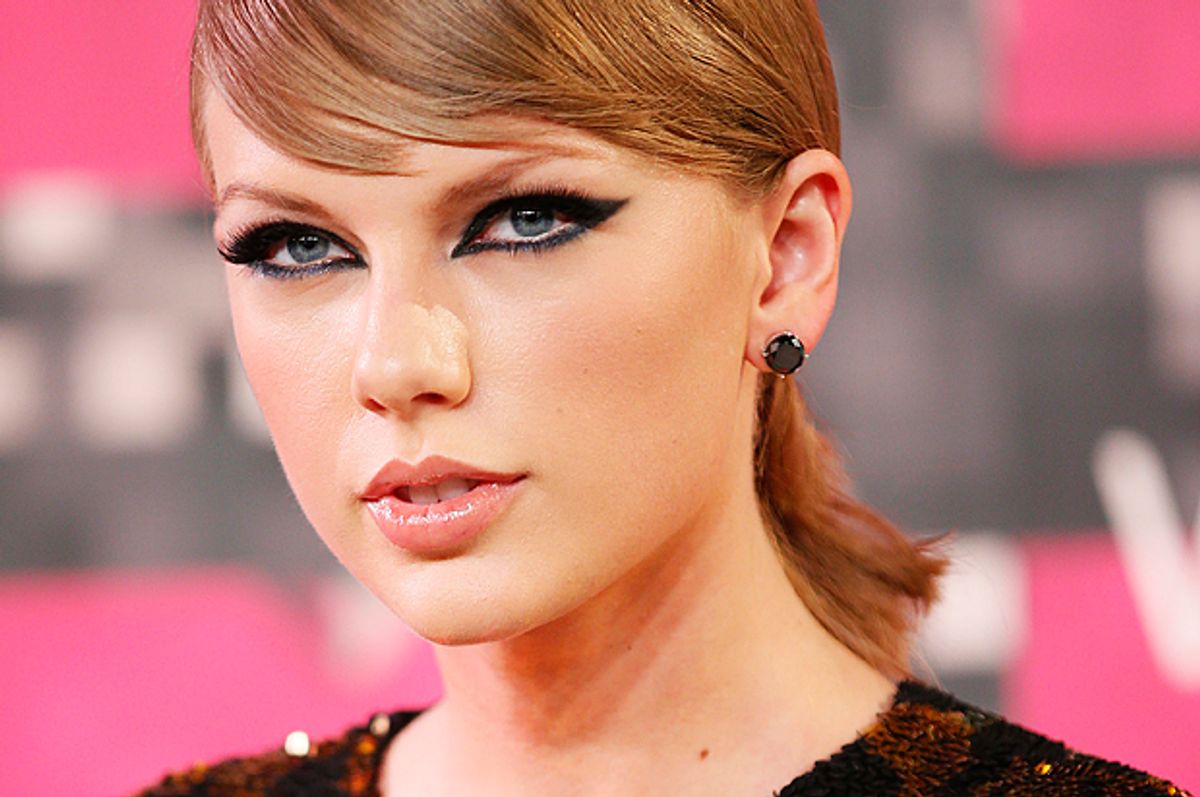 There’s not been a lot of good news lately for musicians outside the tiny number of blockbuster celebrities, as sales of recorded music continuing to decline. But a new report about Spotify shows the streaming service may be backing down from a longtime policy: In short, Spotify may now be giving up on its demand that musicians offer their music for free if their work is going to be part of the service at all.

“In private talks,” the Wall Street Journal reports, “Spotify has told music executives that it is considering allowing some artists to start releasing albums only to its 20 million-plus subscribers, who pay $10 a month, while withholding the music temporarily from the company’s 80 million free users.”

The “some artists” part could be tricky, as the musicians left out are not likely to be happy with those getting preferential treatment. (Does Spotify really want another fight on its hands?)

Spotify’s existing policy, of course causes endless frustration for musicians. Royalties for free plays are lower, and many musicians resent giving their stuff away on principle. The “freemium” tier also undercuts album sales, which have been falling for years and cutting into the ability of artists to earn a living from their music. The artists-rights website The Trichordist put up a post yesterday headlined “How Many More Records Could You Be Selling This Holiday Season If Your Album Wasn’t FREE Streaming?” (An earlier Trichordist post compared free streaming to the cutout bin, “the rack in the record store where over manufactured titles made their last stop before the trash bin.”)

More than anything, musicians want to have some control over how their work is released, musician Blake Morgan, who runs the label ECR Music Group and leads the I Respect Music campaign, told Salon. "The new 'Star Wars' movie won’t be available on Netflix for free the day it comes out. They’re 'windowing it.' Musicians simply want to have the same power of choice."

(It's worth noting that this change would be a victory for record labels as well.)

At this point, musicians have had to pull their music from the service entirely if they don’t want it given away for free. Taylor Swift chose to pull all of it. Adele didn't release her new album, “25,” on Spotify (or other streaming services). (The always enigmatic Prince withdrew all his music, then released a new song on Spotify.) These were important protests – and, for Adele, who has sold 4.5 million copies of her album, a profitable one. But most artists can’t control their music this way.

Here's what makes this all hard to read: Even as musicians and their management have come to terms with subscription-based streaming, Spotify has said repeatedly that it can’t and won’t allow musicians to pull their work from the free tier. Spotify founder Daniel Ek is fond of saying that the free tier drives the subscription level. “We are 100 percent committed to our model because we believe that a free, ad-supported tier combined with a more robust premium tier is the best way to deliver music to fans, create value for artists and songwriters, and grow the industry,” Spotify said in a statement this week.

It’s not clear at this point which way Spotify will lean on this one. Coldplay kept its new album, “A Head Full of Dreams,” off Spotify. But the album will soon (after the blessing of the band’s management) be available in both paid and free formats. Still, it seems, for now, that the service’s resistance to being fair to musicians is starting to crack.

Morgan, for one, is optimistic. “This victory is a benchmark moment for music makers,” he says. “Spotify is truly, finally, facing the music. ‘Freemium’ doesn’t work for anyone — including Spotify — and the consistent, courageous voices of music makers who have spoken out have tipped the balance, hopefully, towards sanity.”