For those keeping score: In the past week, Trump has lost the support of Dick Cheney and Benjamin Netanyahu 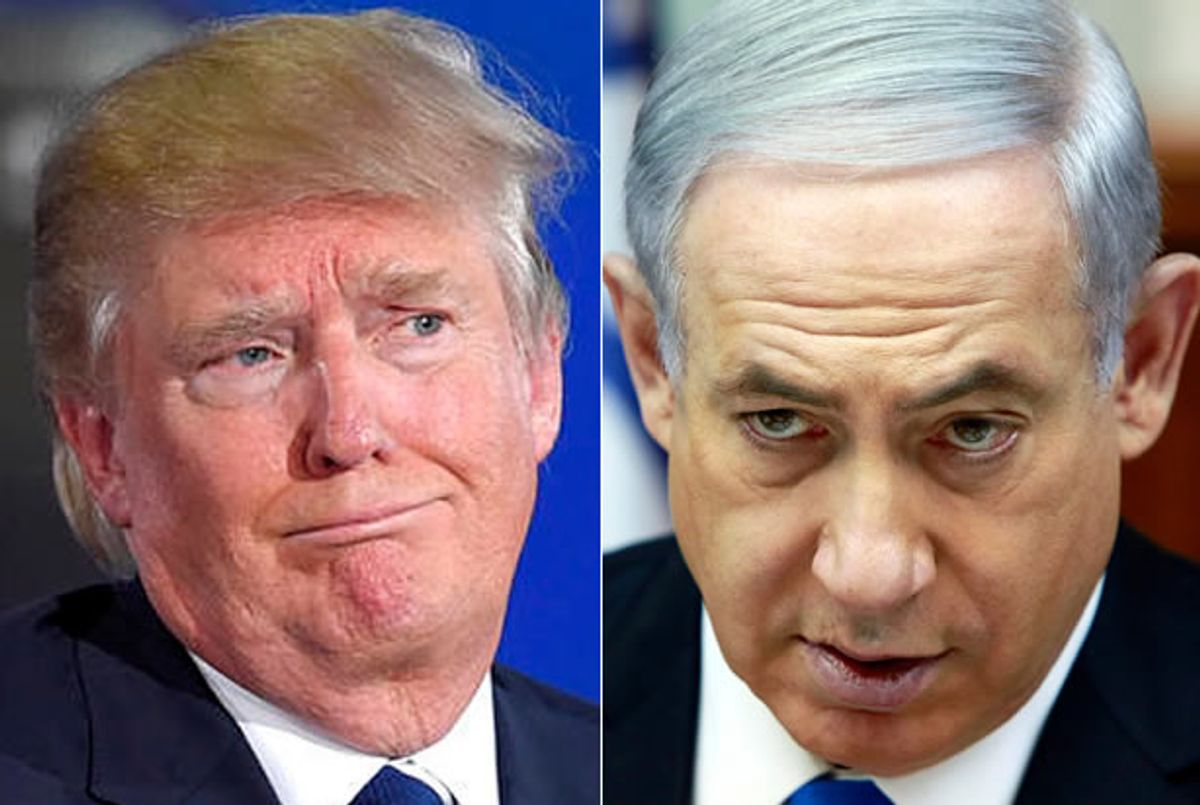 After being called out for making a series of anti-Semitic jokes before the Republican Jewish Coalition, Donald Trump attempted to defend-via-deflection by reminding his critics that he was about to go to Israel and meet with Prime Minister Benjamin Netanyahu. Not but two days ago he boasted of it again on Twitter:

However, in the wake of his continued defense of his plan to ban all Muslims from entering the United States, Netanyahu's representatives used the Israeli Prime Minister's official Twitter account to condemn Trump's proposal:

The denouncement appears to have hurt the Donald's feeling, as he announced this morning that he was cancelling his trip:

How very magnanimous of him.